Someone gave me a half dozen plump Meyer Lemons.  I wanted to do a couple of things with those lemons.  First, I wanted to make a batch of lemon bars, one of my favorite treats.  Second, I wanted to photograph one of the lemons with a black background giving it lots of negative space.  I never really got the chance.  Well, I did make the lemon bars.  On Christmas Day, I baked them and had a couple of lemons left over.  I had saved the most perfect one for the photograph.  It even had a leaf still attached at the stem end.  Since I’d already been in touch with the most important people in my life, either by telephone, text, or e-mail earlier in the day, taking some photographs was how I really wanted to spend the rest of my Christmas Day.

I had several thoughts about photographs, including hummingbirds, but the lemon was first on my list.  Often when I take a closeup of something, I use the window seat by Bobo’s cage.  The north facing window provides great light and it is convenient to set up black mat board for a backdrop.  What I forgot was that Bobo considers the window seat her territory and she must investigate anything that encroaches.  After I set up the camera and the mat board and placed the lemon, she came down immediately to see what was going on.  She usually chews on the mat board but for some reason, she focused on the lemon.  When I walked away and heard cackling, the tell-tale sound that means Bobo’s up to something, I looked and found her “beaking” the lemon.  Since the camera was already set up, I didn’t deter her actions and I was able to capture this shot.  I decided it was a much more interesting photograph than a lonely lemon.  This lemon has a friend. 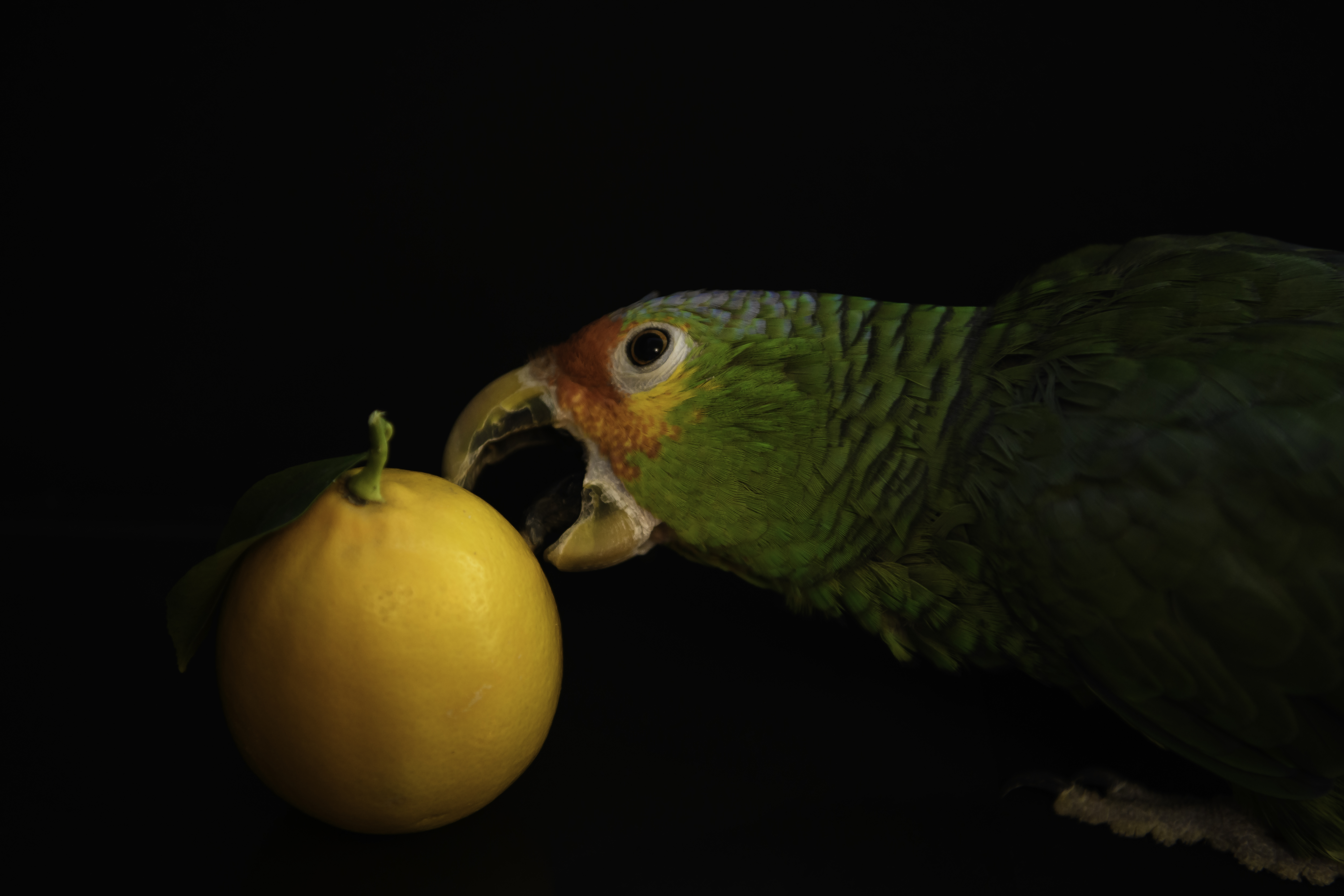