The experience at Bosque del Apache was different from past years.  The birds we went there to photograph, both the Sandhill Cranes and the Snow Geese, were more unpredictable.  We were never quite sure where they’d be when we arrived before 6AM for the morning blast-off or at sunset for the return to roost.  One night the winds were dangerously high and they blew throughout the night.  The winds were still a factor the next morning so we didn’t go out.  That afternoon the birds didn’t return to the Track Pond to roost and that pond was empty when we drove by the following morning.  When we drove into the refuge, we found many Sandhill Cranes at the north pond and a small contingent of snow geese as well.  It was barely light as we set up near the snow geese but I’d turned to attach a lens to my camera when the blast off happened suddenly and I missed it completely.  Later in the morning, as the Sandhill Cranes began to warm and extricate themselves from their icy surroundings, they peeled off in small groups.  This Sandhill Crane took off then turned into the 8AM sunlight and cloudless sky. 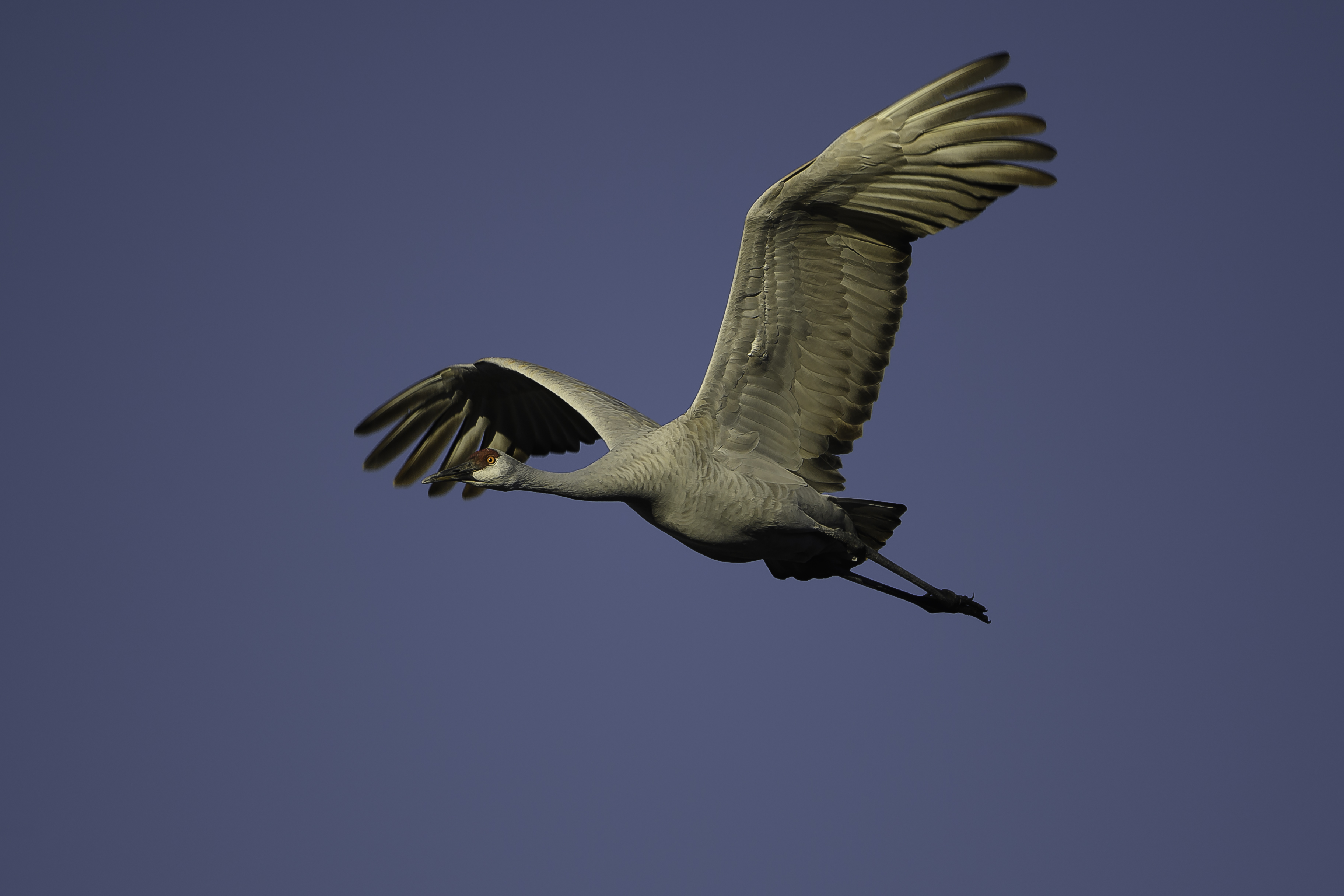