It’s that time of year.  I’m in Bosque del Apache National Wildlife Refuge in New Mexico.   So far we haven’t seen the numbers of birds that we’ve seen in past years but it’s only been one day and I’ll be here for another week.   But still, the Sandhill Cranes and Snow Geese are putting on quite a show. This photograph is from our first morning at the Track Ponds.   The cranes warm with the first rays of the sun and leave their night time roost in the pond to fly to the fields in the refuge to forage during the day.  I watched this crane for several minutes as it lifted its left leg over and over in an attempt to take off, only to find its foot elevated several inches on solid ice where the top of the pond had frozen over so it didn’t have the stance it needed for take off. It would stand still for a moment, then try again.  After several minutes, it finally managed to secure firm footing to ensure lift off and flew to join its flock mates.  I used my D5 and my 500mm PF lens on a tripod, panning to follow the bird as it lifted off the pond. 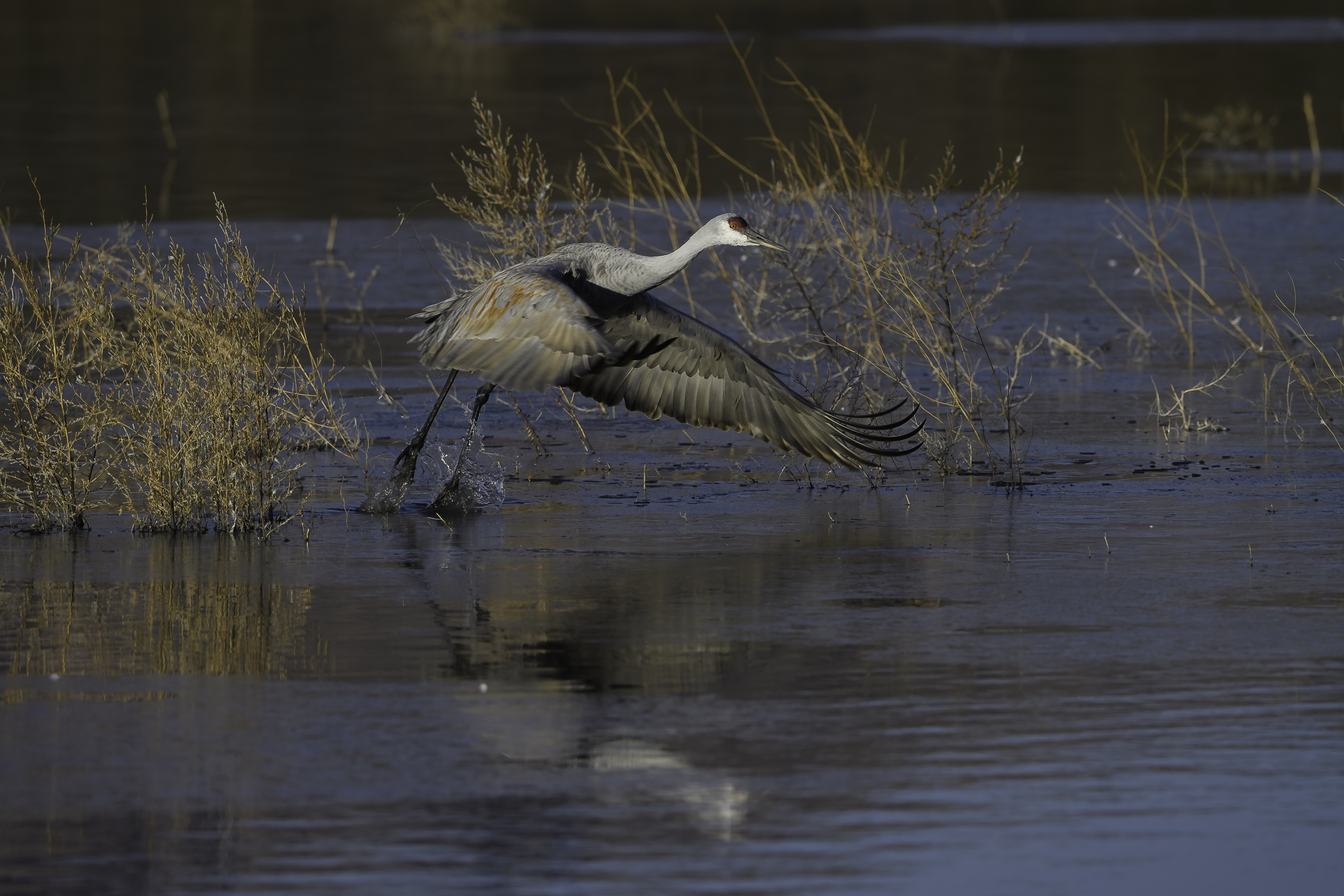