A little further inside Tunnel #6 of the abandoned train tunnels at Donner Pass, one is surrounded by the chiseled rock walls and ceiling and some of the “Kilroy was here!” type graffiti begins to appear.  White painted letters spelling out “Hi!” and “Canada Rules” almost leap off the walls.  The tiny figure of another photographer is barely visible near the small light at the end of the tunnel.

I stood close to the right wall of the tunnel and used a 5 second exposure to capture as much light as I could.  With the 8-15mm Fisheye lens set to 15mm, the wall appears to stretch and curve out to the right. 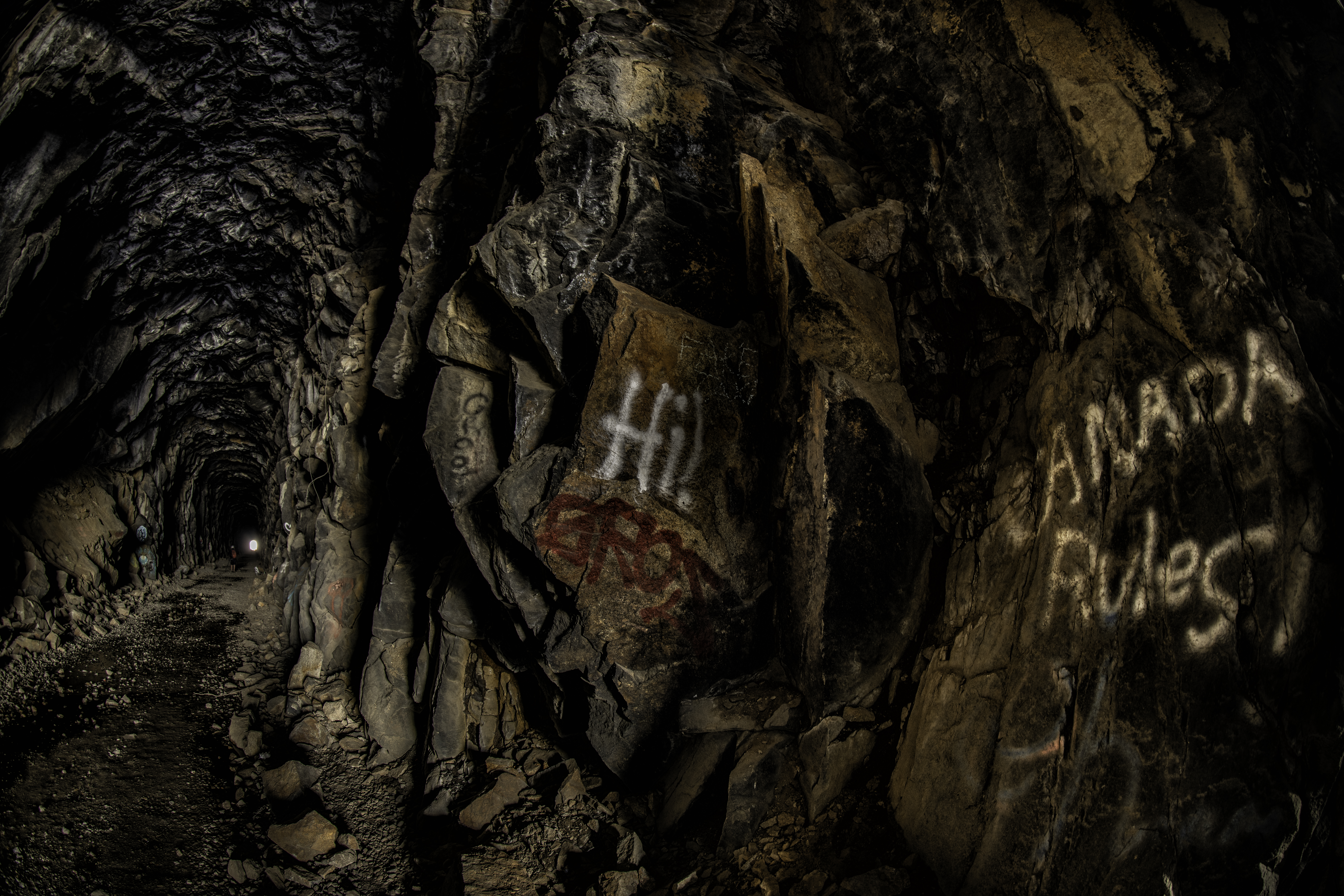