One hundred and fifty years ago, Chinese laborers completed drilling, blasting, and chiseling through the granite of the Sierra Nevada Mountains at Donner Pass, an elevation of more than 7,000 feet.  They worked for the Central Pacific Railroad under Charles Crocker and built east from California where track they laid met with track set down by the Union Pacific, which worked westward.   About a year later, on May 10, 1869, the golden spike was hammered in at Promontory, Utah joining the two railroad tracks and establishing the Transcontinental Railroad system.  The Big Four, the railroad magnates of the time, Crocker, Leland Stanford, Collis Huntington, and Mark Hopkins agreed that the task could not have been completed in the time constraints directed by Congress without the hard work and dedication by the thousands of Chinese laborers who worked around the clock to accomplish their incredibly difficult task.

This  portion of the track was decommissioned by the Southern Pacific Railroad in 1993 and soon thereafter, they removed the tracks.  The abandoned  train tunnels are awe inspiring in their magnitude and considering that the tunnels were hollowed out of solid granite by hand, at a time when there was no electricity and machinery to do this kind of work was minimal if any existed at all.  Now the walls are covered in graffiti, some professional-looking, some amateurish, some childish, some clever, some funny.  It’s all colorful, perhaps a bit disrespectful to the thousands of workers who labored on these tunnels but it is all fascinating.

My camera club took a field trip to the tunnels on Saturday.  About a dozen of us joined the scores of people fascinated by the tunnels, their history, and their colorful new life. For most of the trip, I used my D850 and my brand new 8-15mm Fisheye lens.  This is the entrance to Tunnel #6.  The pinpoint of light at the bottom center of the image is the very small “light at the end of the tunnel.”  From this viewpoint, it’s hard to imagine that only 25 years ago, trains lumbered through these tunnels as they traversed the Sierra Nevada Mountains. 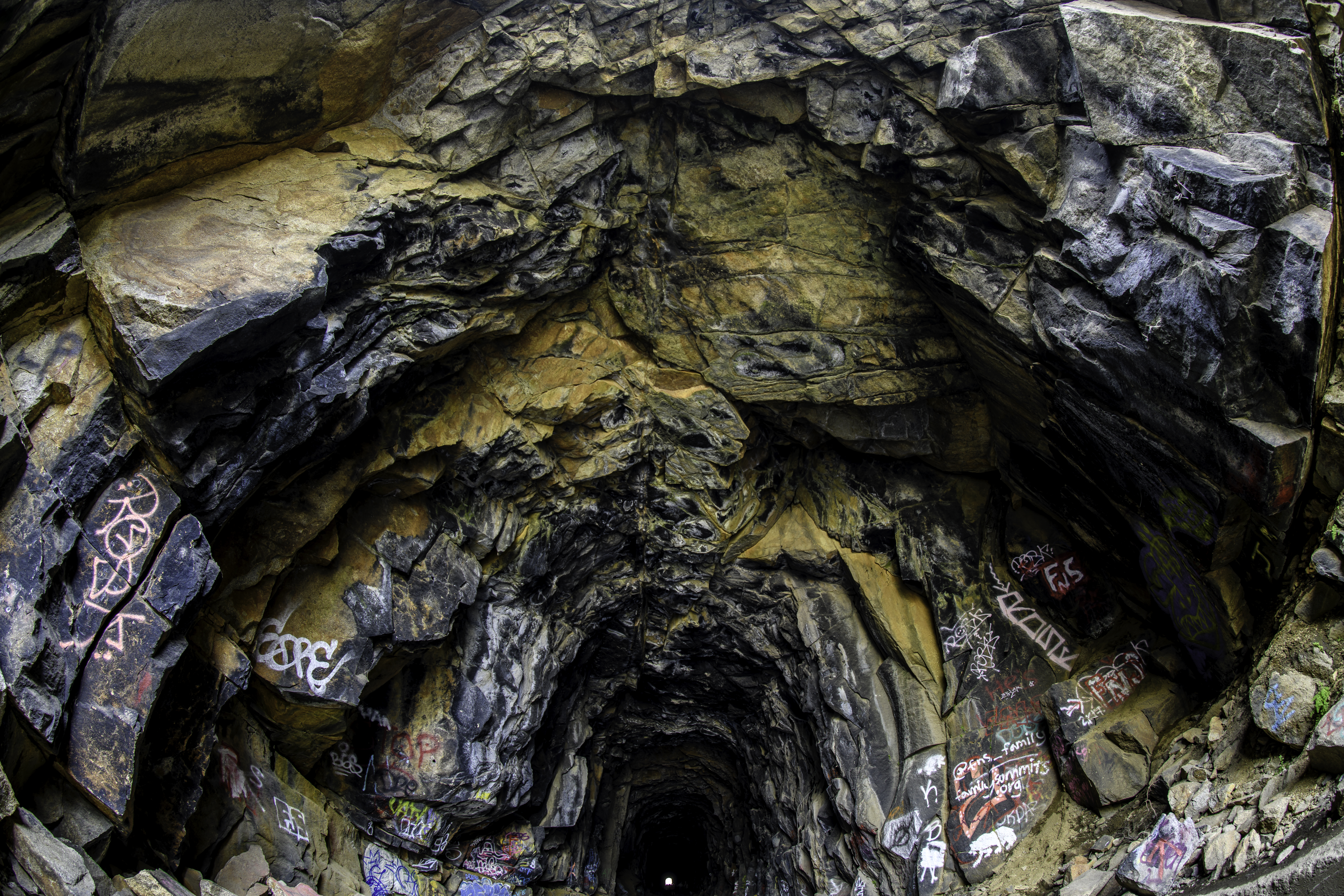