My new 8-15mm fisheye lens is a fun lens to use but as I have discovered,  it produces some unexpected results.  When it’s set at 8mm using an FX camera like my D850, it produces a circle and has a 180° view.  Yesterday after I finished experimenting with the lens, I set it on the kitchen table and walked across the room to check on another camera. I’d  been having some syncing issues related to the remote I use, Nikon’s wireless Wr-R10 system, and I wanted to see if the other camera would fire when I triggered the remote after using the D850 with the same remote.  I was satisfied to learn that indeed it did so I shut that camera off, shut off the D850 and downloaded images.  I was surprised to find this image which was the result of both cameras firing at once.  I suppose I could set up a home surveillance system with this very wide angle lens.  It captures all suspicious-looking activities. 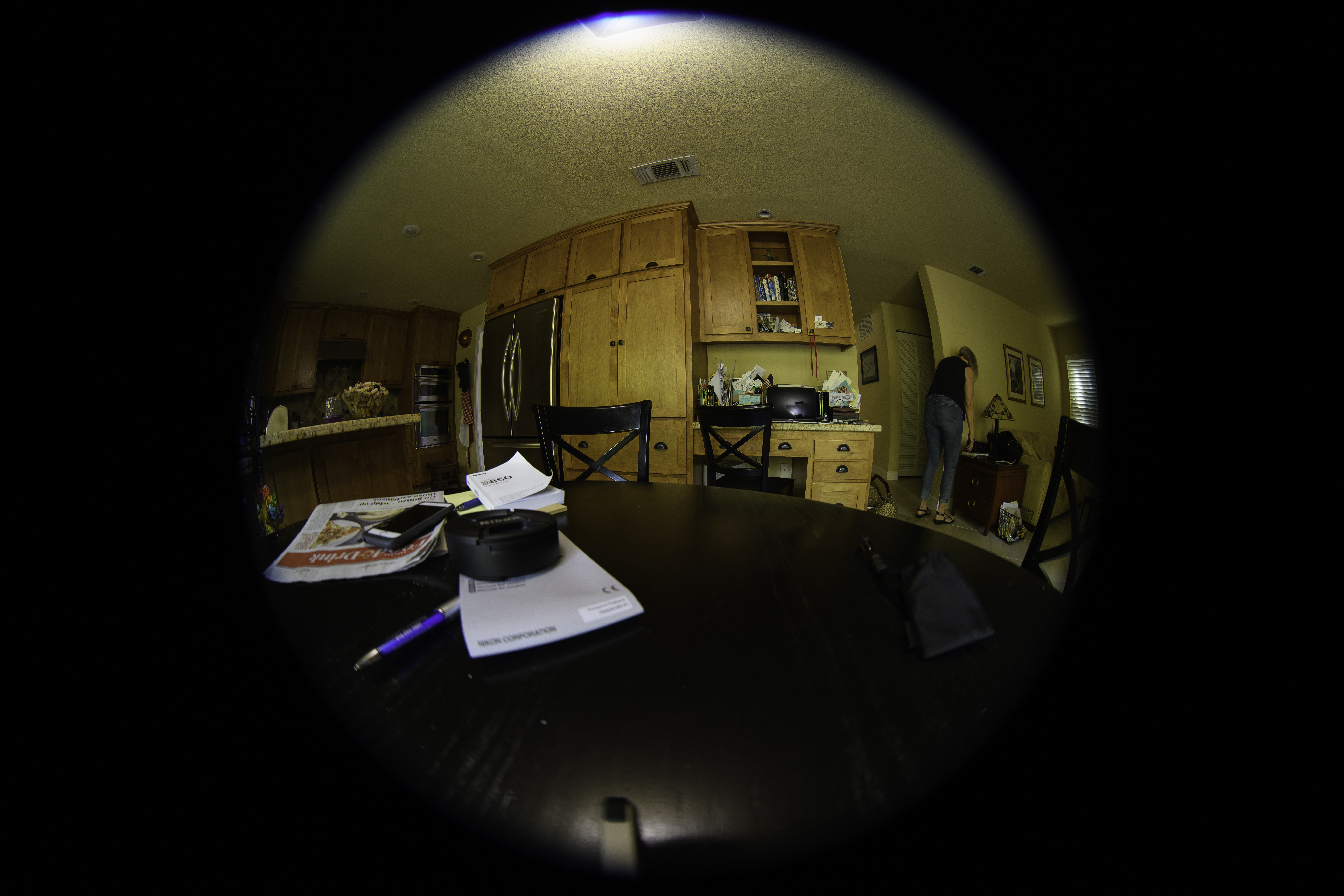