Before I went to the gym on two mornings last week, my camera and I were at the city’s Mahany Nature Preserve, which is next to my gym. There are acres of dried grasses, a creek, a seasonal pond, a small grove of blue oak trees and some birds.  A Cooper’s Hawk watched from atop a stump.  Mourning Doves perched in the limbs of cottonwood tree.  Western Bluebirds flew in the distance.   A Western Kingbird observed from the top of a dead oak tree.  Scrub Jays scolded from the treetops.  Anna’s Hummingbirds buzzed by my head.   Lesser Goldfinches flitted around tall grasses near the creek.  A white-breasted Nuthatch scurried down a branch.  Acorn Woodpeckers announced their presence with rat-a-tats.  Aha!  That’s what I was there for.  And, when I espied a pair high in a dead tree, I left the trail and slowly approached the tree, keeping my eyes on the birds as I walked.  I hoped to get a better chance at a good shot if I got closer

“Hey! Is that the bird you’re after?” a harsh voice shouted at me.  The woodpeckers  flew off and I glared in the direction of the voice.  The voice was from a man I had encountered when I entered the preserve.  He had asked me lots of questions about my camera and what I was photographing in the preserve.  We kept pace for 50 yards or so and I tried to ignore him but admitted I was there to photograph birds.  I was relieved when a “Y” in the trail allowed me to go left  in the direction of the woodpeckers when he veered right.  But, a few minutes later, he found me again atop a grassy knoll,  as I looked up into the tree at the woodpeckers.

And, “no” this photograph is not a photograph of an Acorn Woodpecker which is the bird I was after.  This is a Black Phoebe that landed on a fallen limb behind the woodpecker’s tree, just as I turned away from the annoying man on the trail.  Serendipity. 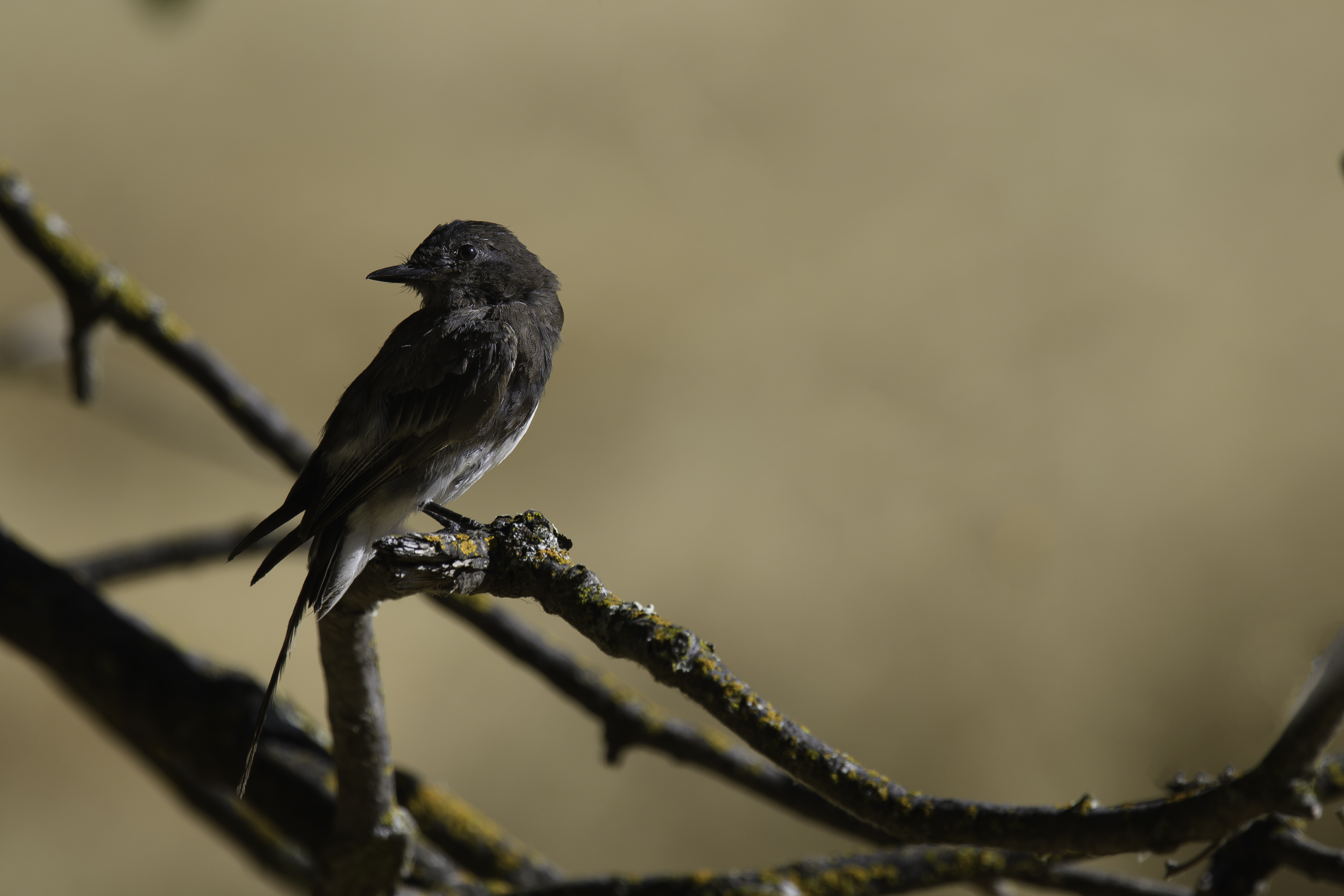