The monsoons have arrived in Arizona I and every day there are downpours.  Sometimes it becomes too heavy to continue shooting but on this day, after we returned from our midday field trip to Patagonia, Moose offered to set up the garden area where we’ve been shooting in the afternoons.  It had begun to rain steadily and everyone else opted out of the photo shoot except for Moose and me.  As the rain got heavier, we covered our gear with towels to soak up the moisture and continued shooting because the hummers were still coming to the feeders. 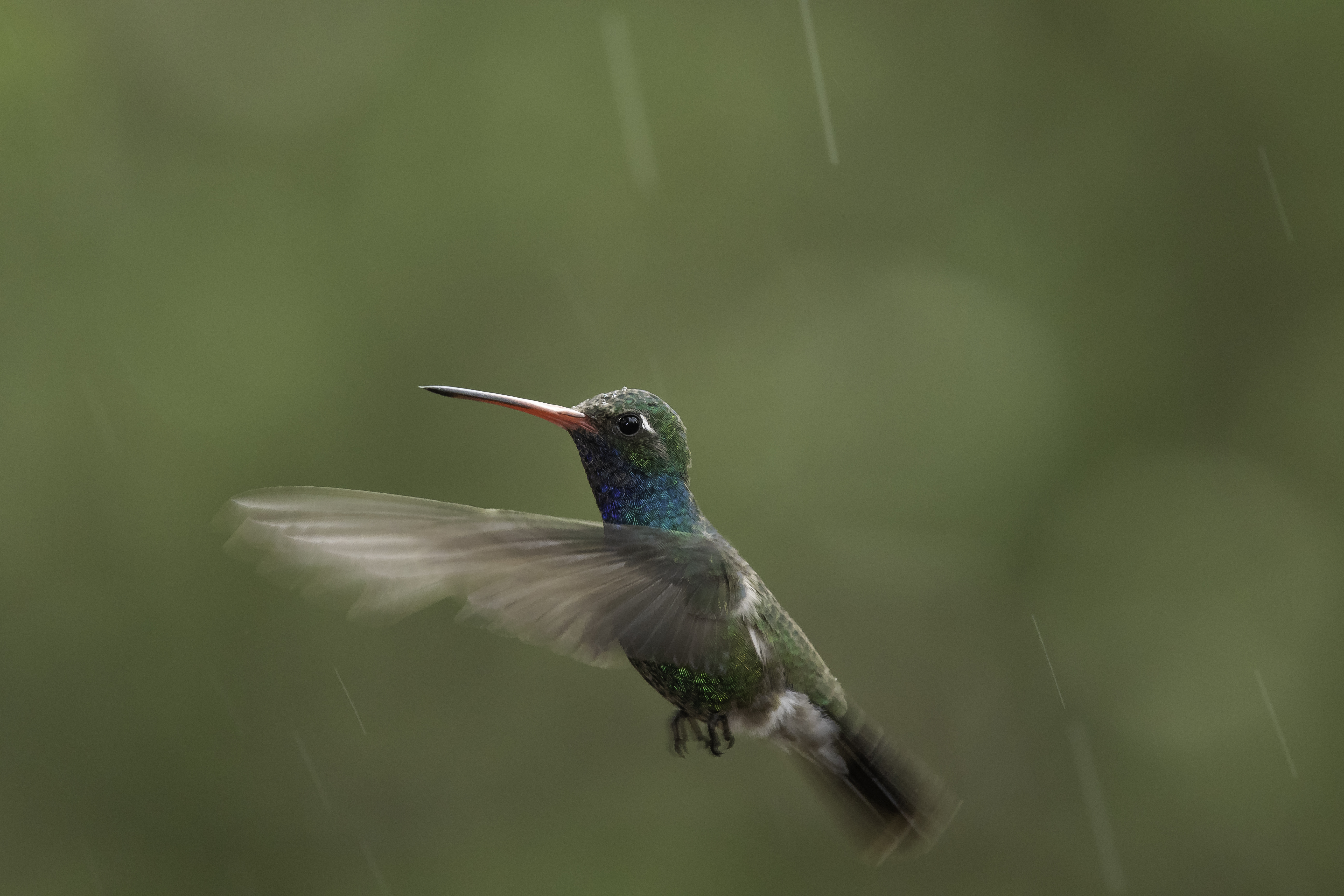 This Broad-billed Hummingbird is approaching his feeder while the raindrops surround him.  His head is covered in tiny raindrops.  And not only was this hummingbird’s head covered with raindrops, Moose’s and mine were too.  But, the rain’s duration was relatively short, it didn’t rain hard enough to force us inside to save our camera gear, and  we continued to get some great photographs during the rain.  I didn’t mind that those raindrops were falling on my head.

One thought on “2018—Raindrops Keep Fallin’ on My Head”