Once when I was a kid, I read a book that used the word “counterpane.”  Puzzled by the word, I looked it up in the dictionary where I discovered that a counterpane is a quilt or bed covering.   I do not recall the book’s title or even what its subject was,  but I do remember it had an illustration of a lumpy quilt on a bed viewed from the perspective of the person in the bed under the quilt.  This photograph from Steptoe Butte in the Palouse reminds me of that old illustration.  The rolling hills crisscrossed by evenly plowed rows bring to mind a plaid or checkered pattern.  Imagine laying in a bed, sheets tucked under your chin, looking across the rumpled, checkered counterpane toward your feet at the end of the bed.  I converted the photograph to black and white so it looks almost as if the “counterpane” is lit by moonlight though a window. 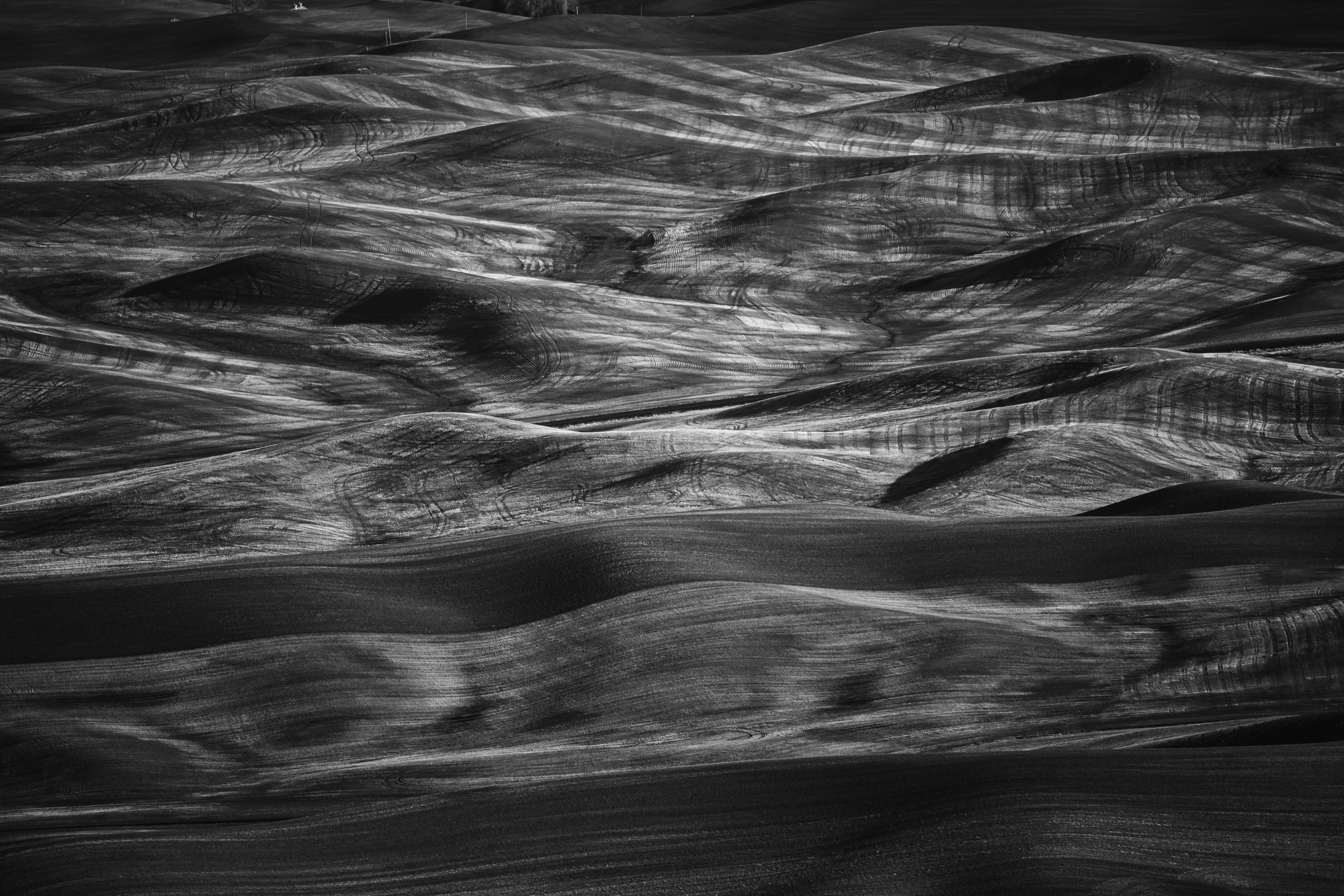