On a lark Saturday morning, I decided to pack the camera gear that I am taking on my trip to South Dakota this week and sharpen a skill that I’ll need on the trip—shooting from a stationary vehicle.   The problem is that while I’m used to carrying my 600mm lens with my D5 on my tripod when I’m outside, maneuvering that camera and lens while seated inside a cramped space can be challenging.  I’ve done it number of times, but each was a very different experience and Saturday’s was no exception.  Shooting from my Lincoln MKZ, a streamlined  car that wraps itself around you, turned out to be more of a challenge than I expected.  The good news is we’ll likely be shooting from a Chevy Suburban or another SUV with more cabin space.

I quickly discovered that my challenge was not just in maneuvering the camera.  I had to first maneuver my car to  a desirable location with a safe place to pull over.  I started at  a spot in Lincoln where I photographed Burrowing Owls perched on fence posts a while back.  When I arrived, I didn’t see any owls but there were quite a few Western Meadowlarks on fence posts and they seemed unconcerned with my presence.  I was encouraged because one of the birds I’m looking forward to photographing in Custer State Park in South Dakota is the Western Meadowlark.  Unfortunately, this road is narrow and there is no safe place to pull out of the  lane.  And, not only is my car streamlined on top, it’s also very low slung so pulling off onto uncertain terrain is not an option.  While I admired the singing Meadowlarks, a truck turned onto the road so I drove forward into a gateway to get out of the way.  Of course they signaled that’s where they were going.  Drat. The commotion of both vehicles sent all the birds away.  I waited a while longer but none came back and I suspected more vehicles might be arriving as the gateway leads to a remote business so I left in search of another place to practice.

Rural roads near Lincoln, CA can be very busy and I kept turning from one onto another until I found a place to safely pull off the road and a place that also had potential.   I set up the camera, placed my no-longer-manufactured Puffin Pad (thank you for the long-term loan, Bruce) over the door so I could rest my lens on it and waited.  Suddenly, a sparrow landed right in front of me.  I did not have the teleconverter on so I was shooting at 600mm.  When I switched to high speed crop to bring the bird closer in the frame, a car drove between me and the bird.  I managed only 2 shots before the bird flew off.  For the next 30 minutes, I watched patiently and there was no activity so I put my gear away and drove home.

The Sibley Guide to Birds revealed the little sparrow to be a Lark Sparrow, a kind of sparrow I’d never seen.  So, despite what began as a rather disappointing effort, my little lark turned out to be a good lark after all.  And the two birds I did see up close were actually (sort of) larks! 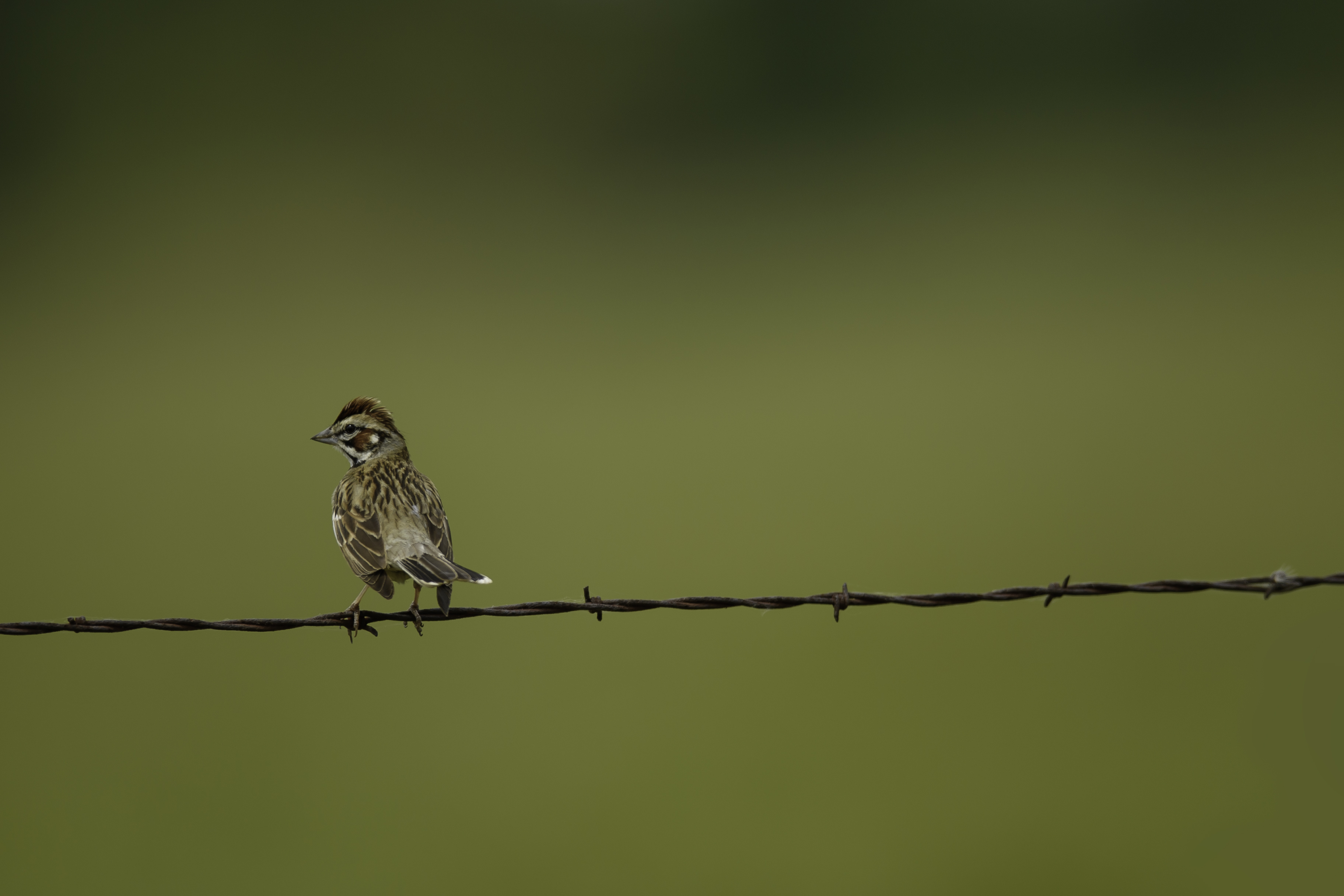