We spent about 30 minutes photographing the steeple of the Middletown Springs Community Church while the sun dipped behind the mountains.    The light playing on the trees changed dramatically as the sun disappeared and each photograph I captured of the steeple looks different.  When I changed the Picture Control from Standard to Vivid when the sun no longer shone directly onto the autumn colors, the colors were much more saturated and the white steeple seemed to leap off the page.  I loved the resulting image I saw in the viewfinder and decided at that time it was my favorite depiction of the steeple.  But, later, when I reviewed all the images on the computer, I felt the photographs with some sunlight were more appealing, like the one I posted yesterday.  However, as I review the images all again, ten days later, I am drawn to the saturation of the colors and the boldness of the white steeple in the photograph with no direct sunlight.  There is no doubt the subject of this photograph is the steeple.  The gorgeous autumn colors play a supporting role, not a competing role.   I think my initial reaction to the photograph was correct.  It is my favorite way of portraying this steeple.

As a point of clarification, even though I changed the Picture Control on my camera to Vivid from Standard, because I shoot RAW, the actual RAW image does not contain the Vivid markers.  Those are applied only to jpeg images and to the image viewed on the LCD on the back of the camera.  In order to return the photograph to what I actually saw, I had to make those changes in Adobe Camera Raw (ACR). 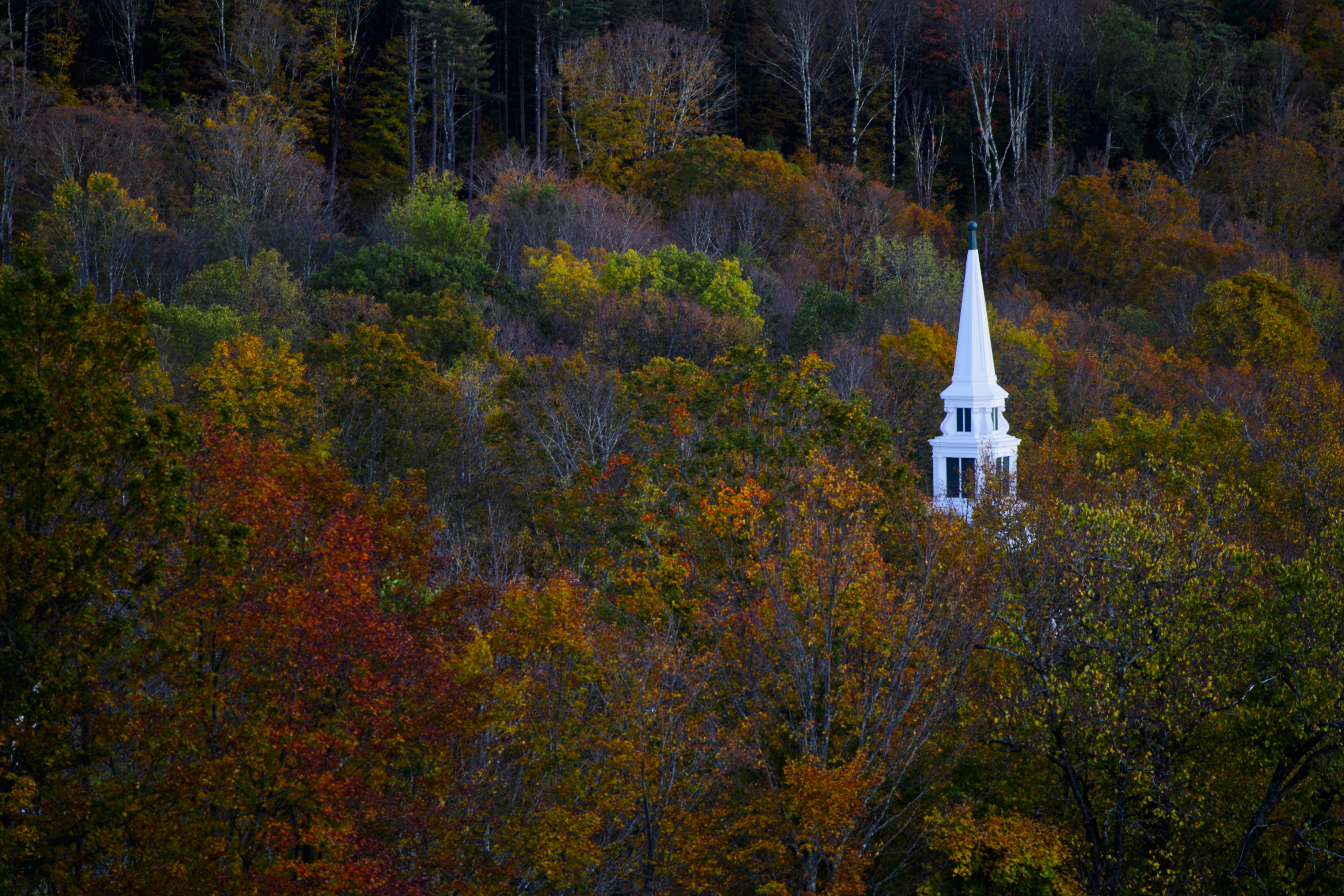