It’s been almost a year since I visited Chugach State Park in Anchorage, AK to photograph moose with Moose.  That was an incredible adventure that I won’t soon forget.  On our last full day there, we spent hours with a group of about a dozen bull moose that were grazing and resting.   Among my favorite images from that day are those featuring a bull moose curled up on the ground, watching us.  I posted one image of that moose here.  The image below is the same moose with one major difference…the position of the ears.  Most of the images I took of this moose show his ears laid back as in the referenced image, which is possibly an indication of aggression.  We were required to stay at least 25 yards or so away from them as I recall and none of them made any aggressive moves toward us.  But they were clearly concerned about our presence there.  Of the dozens of photographs I took of this moose, only two show his ears forward.   There are several subtle differences between these two photographs including the direction of the moose’s huge antlers, the position of the head and shoulders, and of course the ears.  As I venture deeper into wildlife photography, I continue to learn some of the nuances that can affect the success of a photograph.  I wish I had been more aware of these subtleties when I was photographing this bull.  He does look less concerned in this shot than the previous one but his antlers aren’t as impressive. 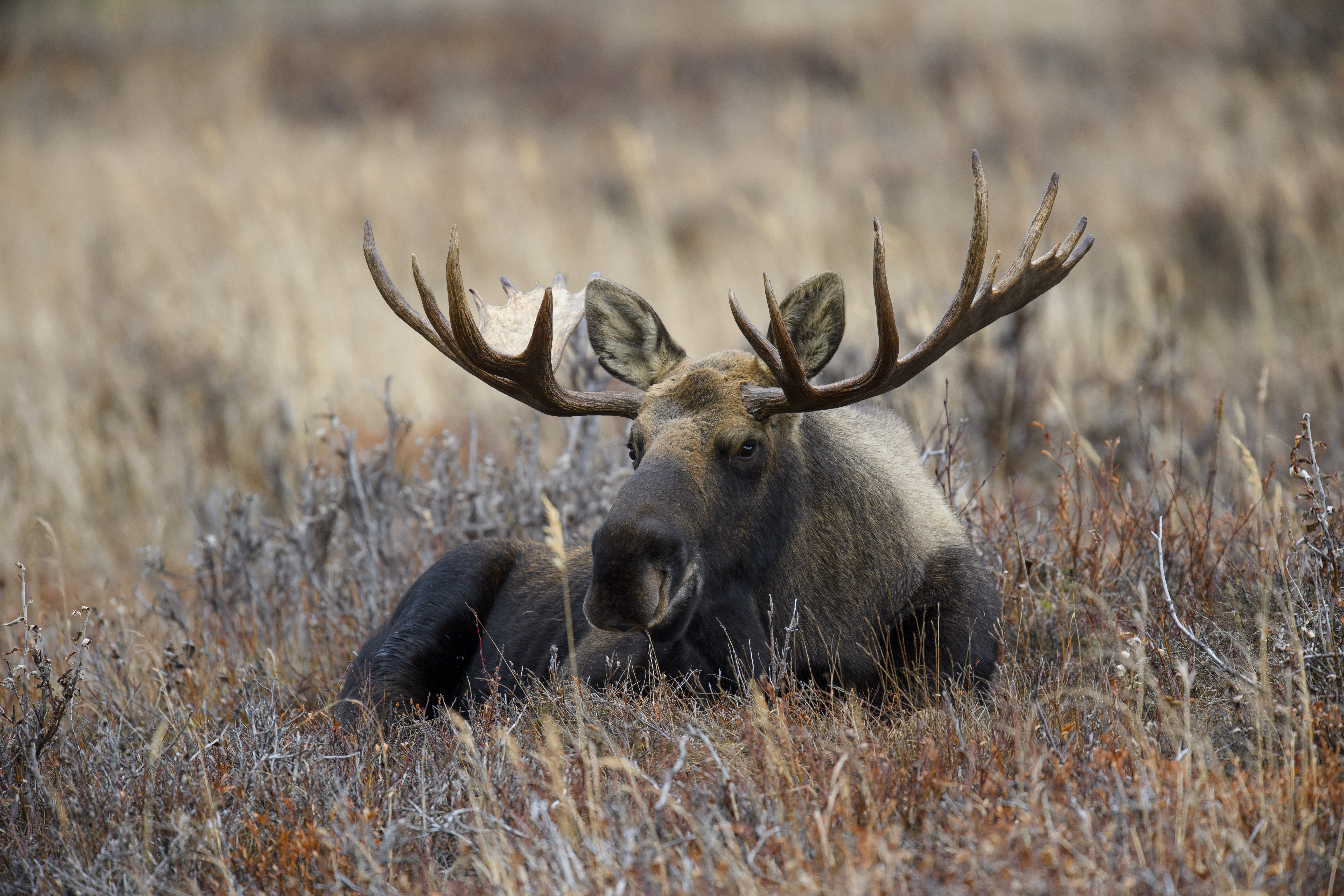