On the way to Manchester, VT, home of the American Museum of Fly Fishing, we stopped on a bridge that crossed the Battenkill River to admire the view.   The Battenkill River is one of Vermont’s premier fly fishing rivers.   We saw no fly fishermen on the river that morning but when I texted my brother, who is a fly fisherman, about the presence of the American Museum of Fly Fishing, he told me that my Dad, who was also an avid a fly fisherman, had a role in establishing the museum when he was involved with the American Fishing Tackle Manufacturer’s Association in 1968.  Unfortunately, priorities prevented our visiting the museum on this trip.  The priority you ask?  Breakfast at “Up for Breakfast” in Manchester.  I used the Vivid setting on my camera along with a polarizer on the lens to capture the gorgeous fall colors. 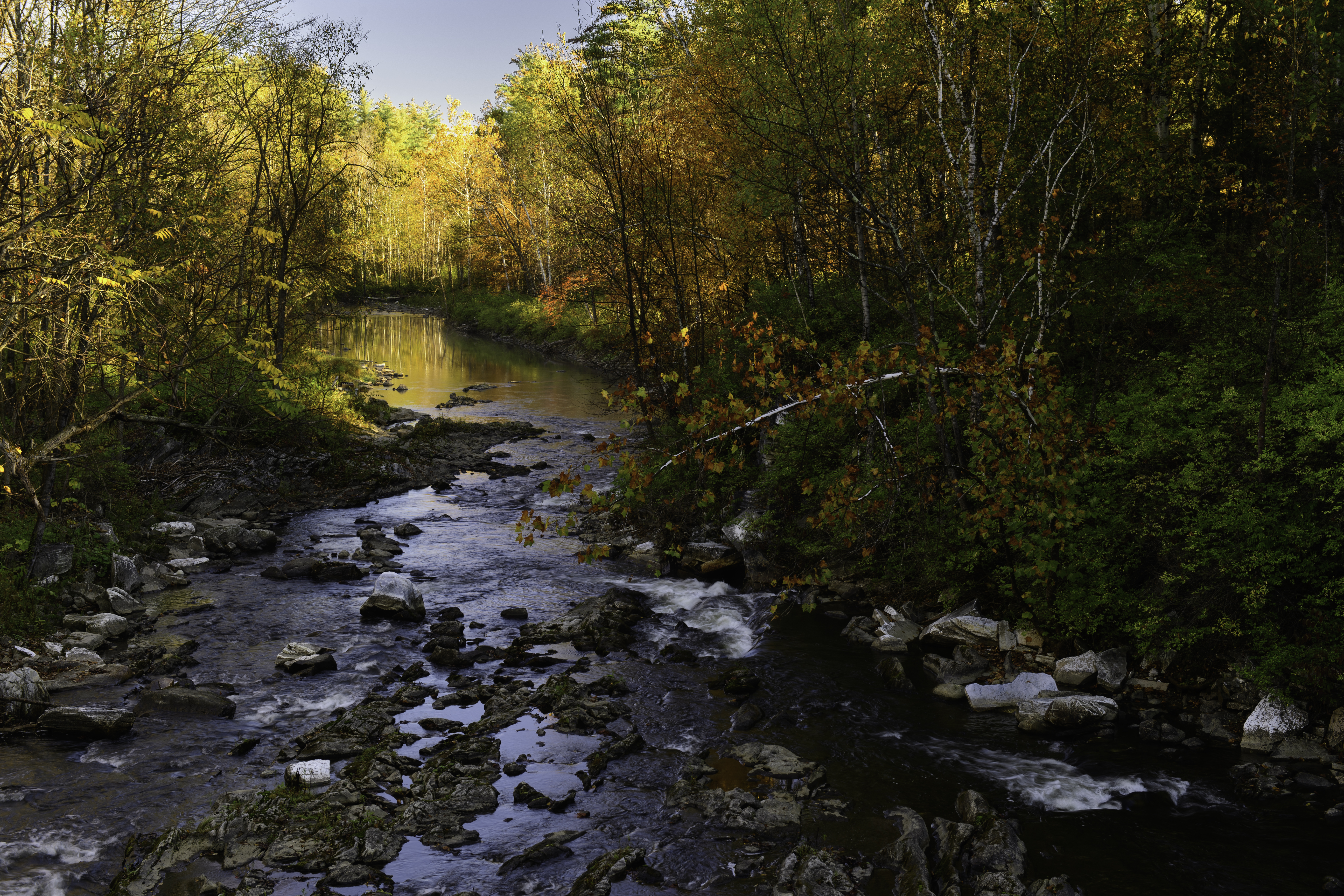