If you’re having trouble deciphering the title of this blog, just think of the musical The Sound of Music and of the Rogers and Hammerstein song, The Lonely Goatherd and you should be able to figure it out.  This song is relevant because the other day, my friend Bruce and I drove up to the Tahoe National Forest in search of what was left of the Sierra’s fall colors and to find arboglyphs carved into aspens by Basque sheepherders, some as far back as 100 years.  We found both.  However, as Rogers and Hammerstein yodeled about the loneliness of the goatherds in Austria, the sheepherders in the Sierra Nevada Mountains took to illustrating their loneliness by carving their longings onto trees.  While the arboglyphs are fascinating, many of them  are, to put it bluntly, pornographic.  Their salaciousness and the fact that it is difficult to capture the entire glyph on what amounts to a cylinder (tree trunk) means that I won’t be posting many of the arboglyphs.

According to studies being done of the trees, the woman depicted in the first arboglyph photograph below was apparently not someone back home in the Pyrenees, but rather a local who was a frequent visitor to the camps during the early 1900’s.  She appeared on several trees but this is the only G-rated depiction of her that we saw.   There is considerable documentation about the arboglyphs and  areas with arboglyphs are  marked by blue tags, indicating a grove of trees with trees being studied.   The bark on the older aspens in the groves is beginning to deteriorate and the trees are beginning to die so the urgency to study them is increasing.  Click here to read more about them.

The second photograph shows a sheepherder’s name carved vertically into the trunk.  The date, 1912 is partially visible at the bottom.  The third photograph generated much discussion.  Is it an arboglyph or did a bear hug the tree and scratch it with its claws?  After seeing what appeared to be huge scratches on more than one tree, I wasn’t quite as comfortable wandering in this remote area of the high Sierras with no cell phone service. 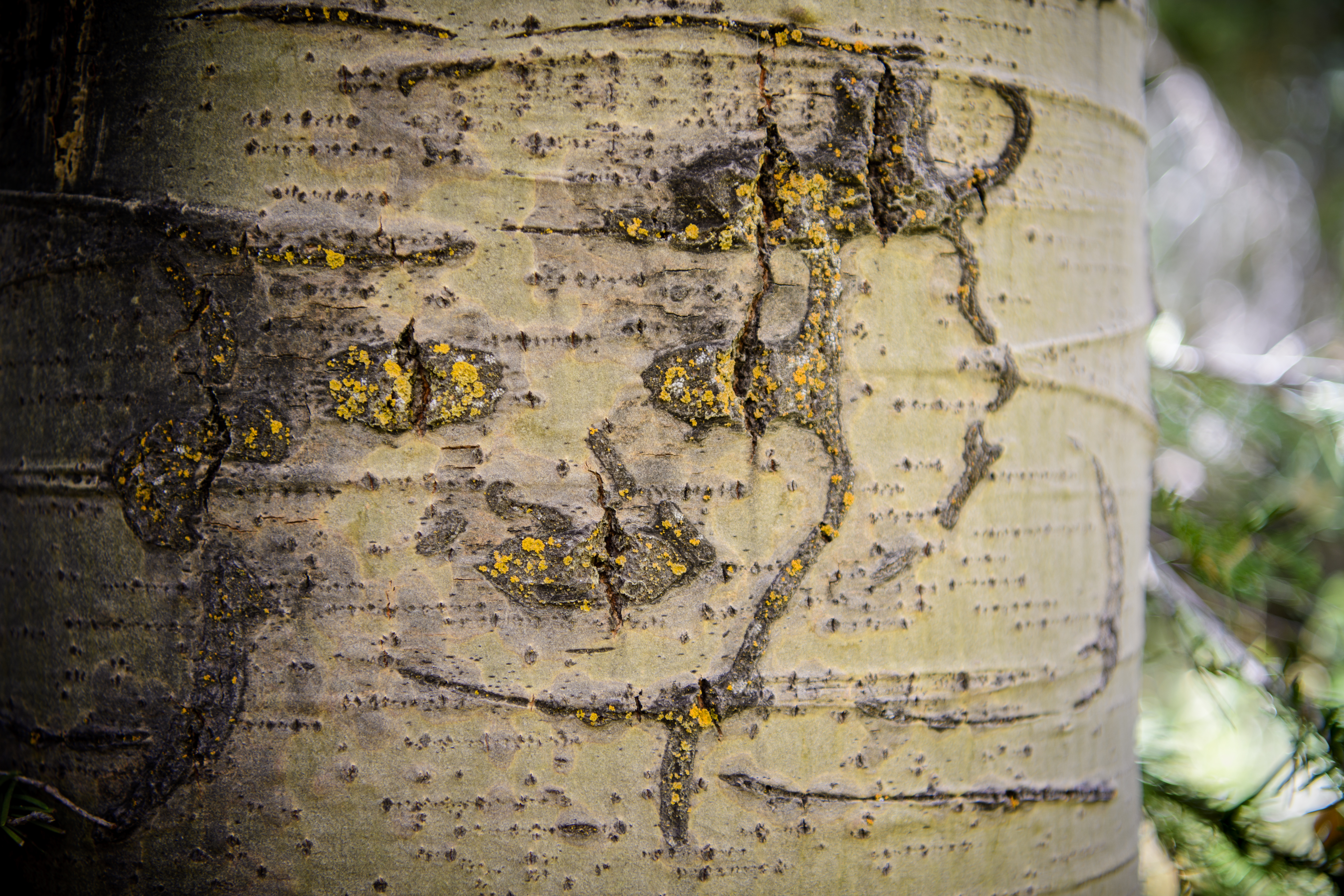 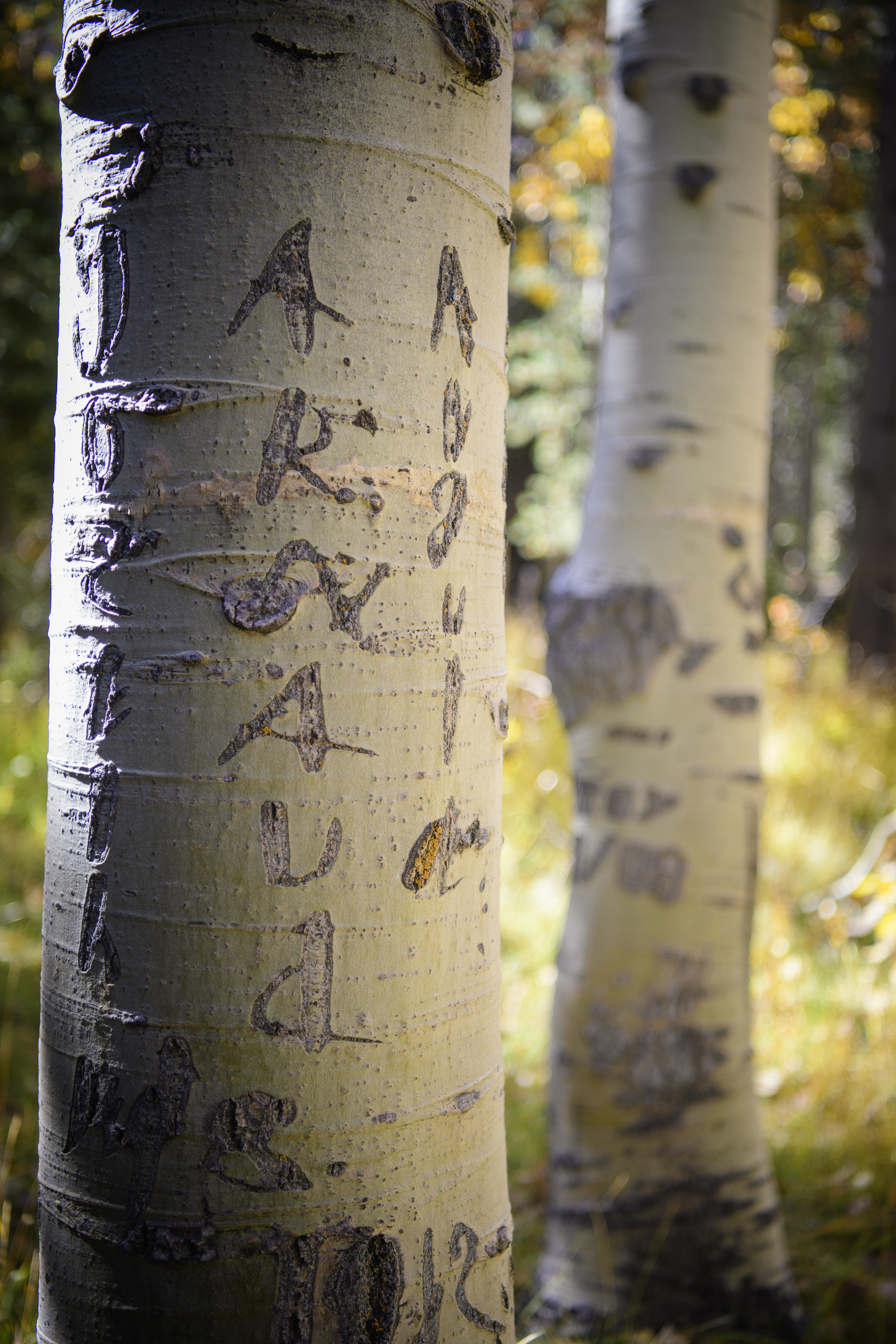 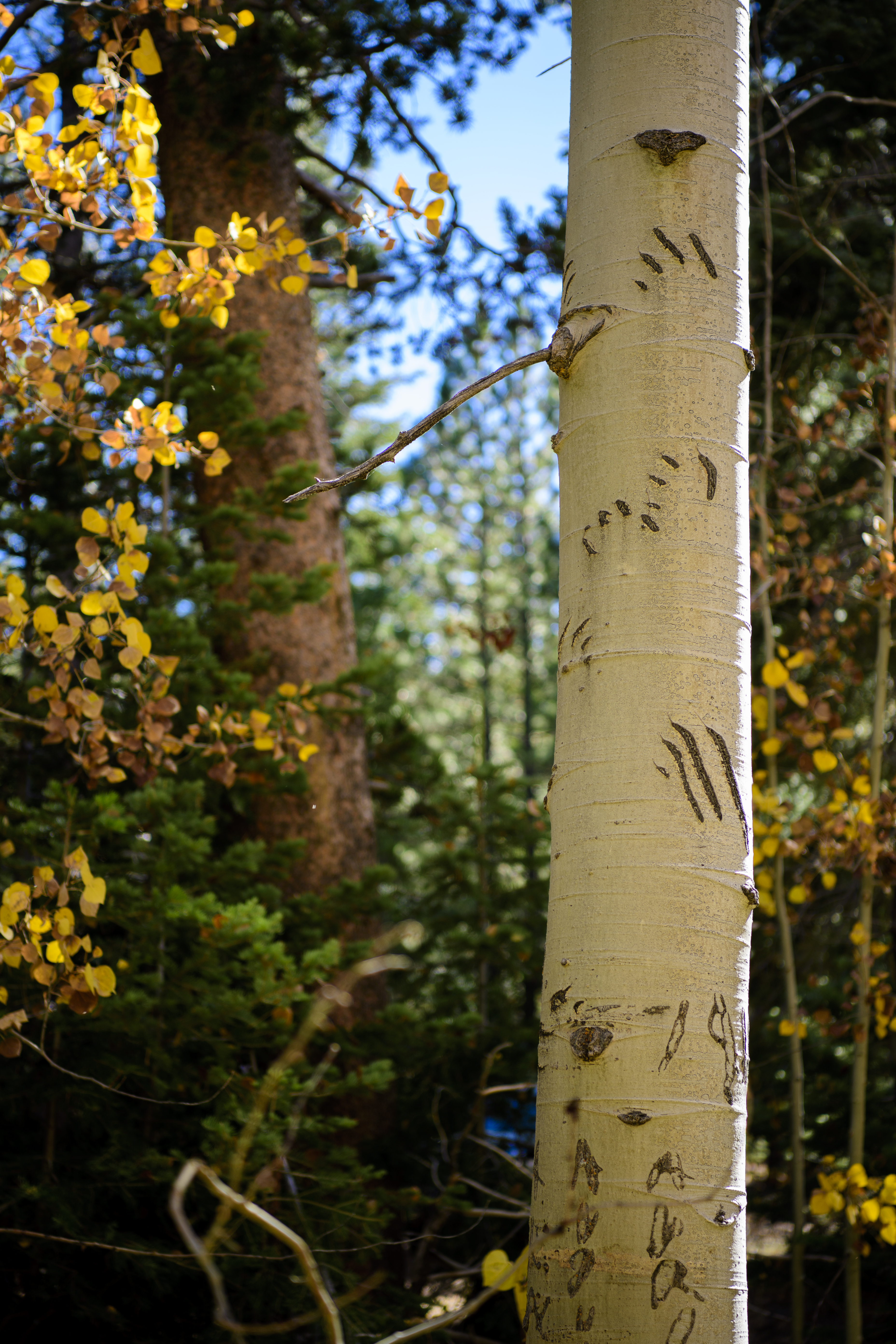