I didn’t expect to see a Killdeer nesting in Churchill, but we’d seen a Killdeer earlier in the day and later stumbled across its nest on some dried bark.  Like the American Golden-plover, the Killdeer’s spotted eggs blend into the background and are very difficult to see.  In the first shot, the anxious Killdeer looks around before returning to its nest.  In the second shot, one egg is visible to the right of the Killdeer’s legs.  In the final shot, the bird has nestled down the nest again.  We didn’t spend much time photographing this bird because it was very anxious and every few minutes it got off its nest and ran off in an effort to lure us away.  We finally decided our presence was no longer benign and it would have done more harm than good if we’d stayed. 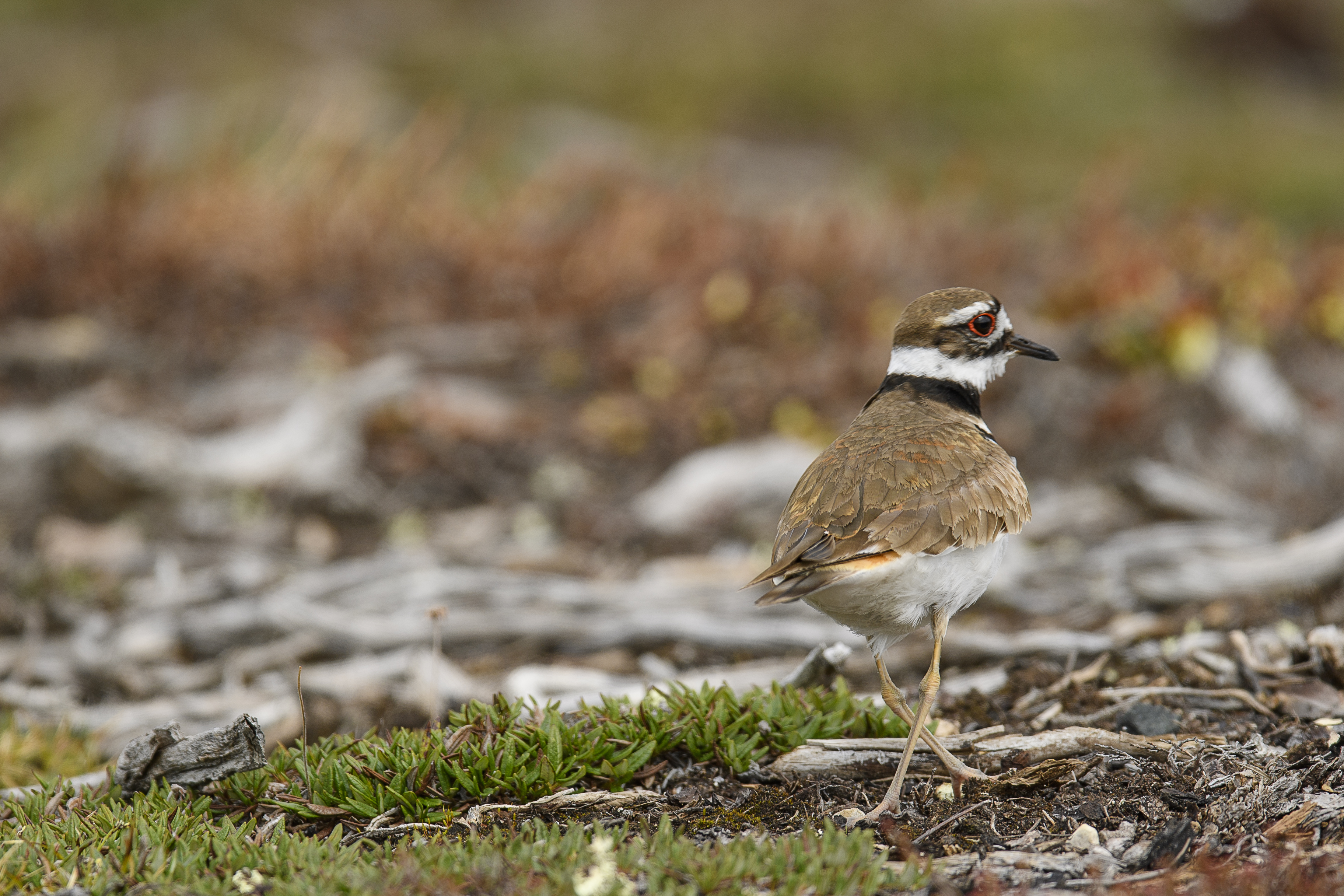 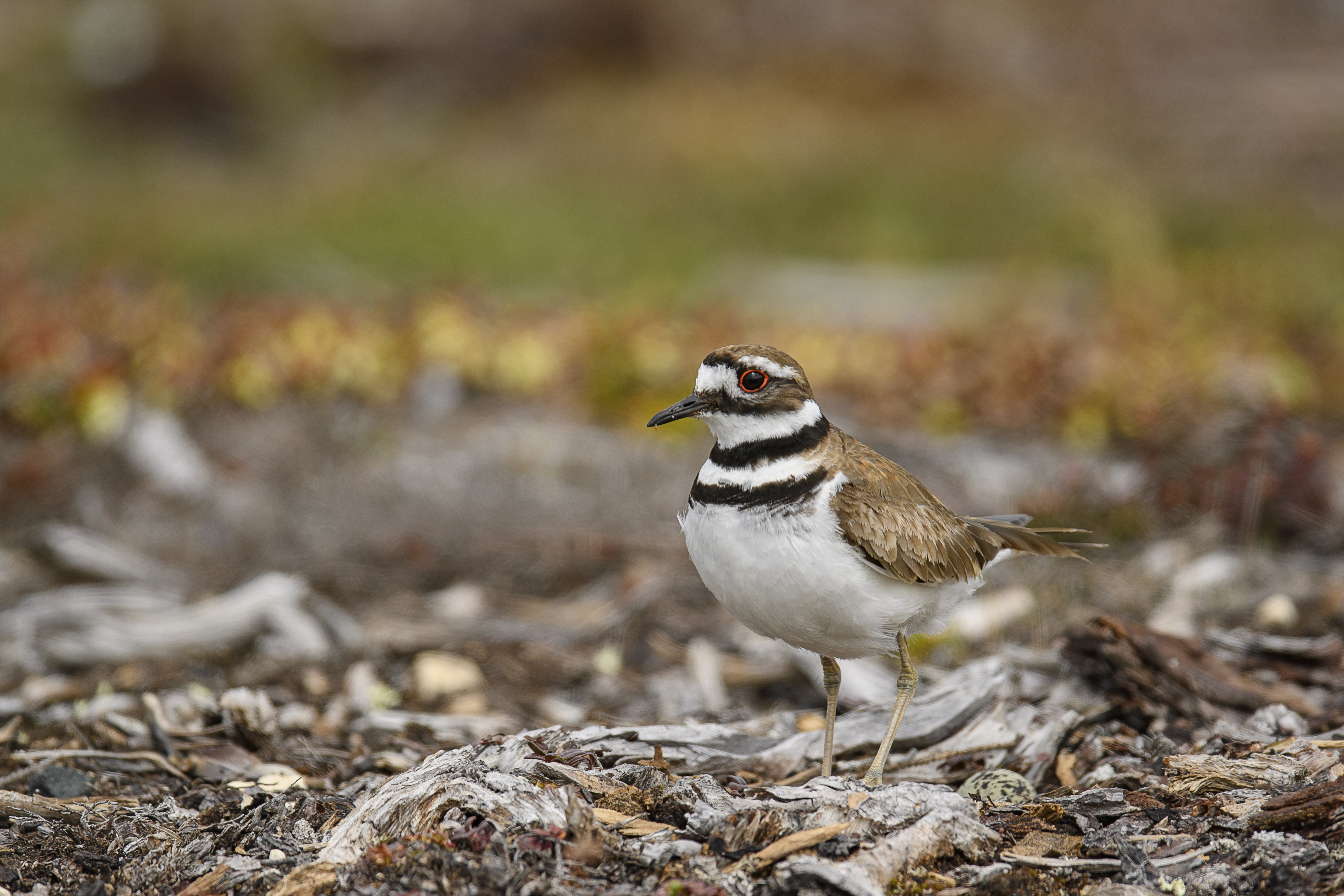 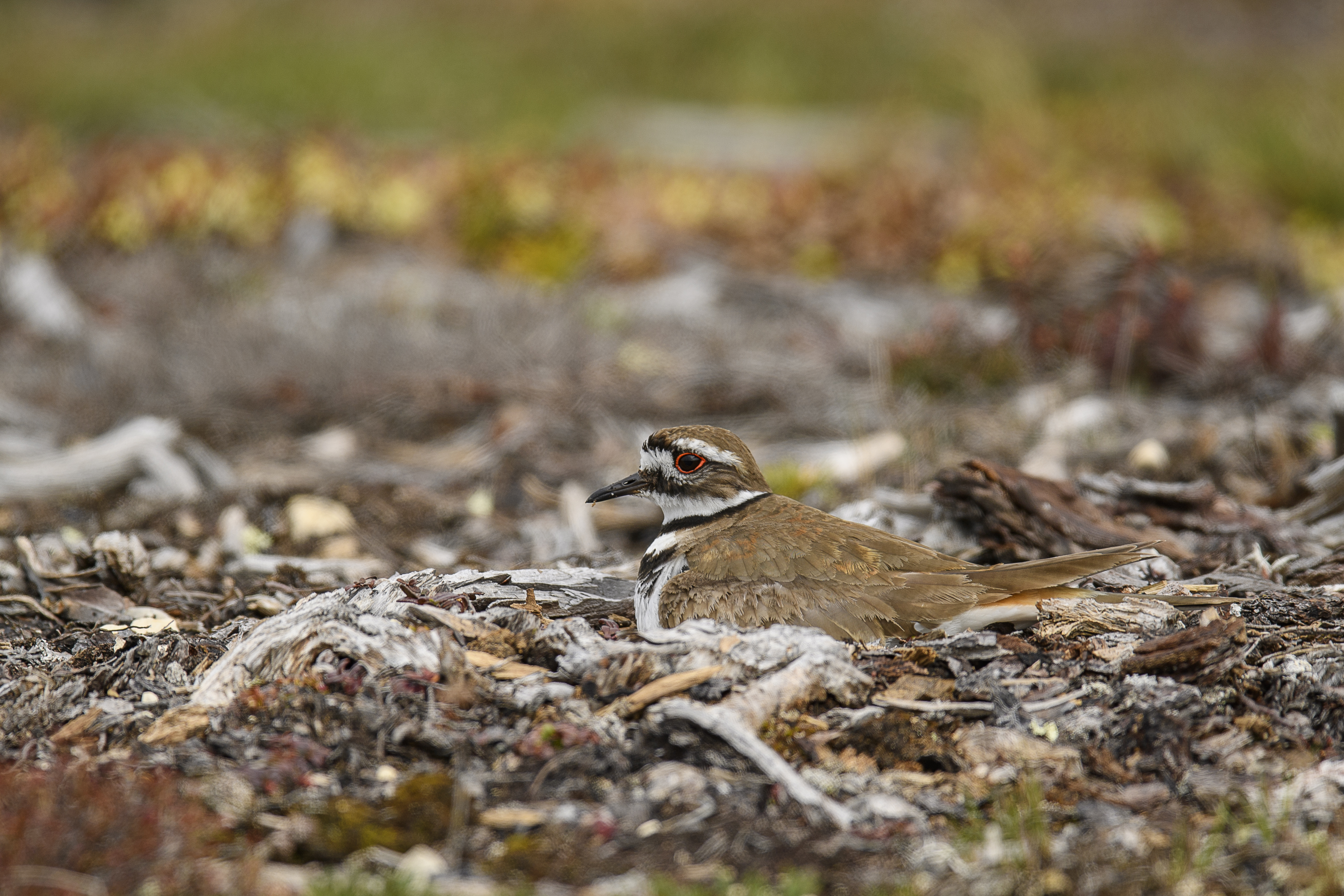