This is Day 2 in Churchill, Canada.  Churchill is a small, very isolated town of fewer than 1000 in Northern Manitoba on Hudson Bay.  It is a port from which Canadian wheat is exported and which is now further isolated because the rail service has been suspended in the past few days due to catastrophic flooding.  It is believed that repairs will take months and rail service may not begin again until this winter and possibly even as late as this spring.  There are no roads to Churhchill.  Most goods are brought in by rail.  The stores and restaurants that are open  cannot get any new supplies without having them shipped much more expensively by air so shelves go empty and prices double or triple.  The owner of the coffee shop where we have breakfast gives her customers a break by increasing prices by only 20% instead of the minimum of 50% increase that it is costing her.  This is quickly developing into a catastrophe for this small community.

Today we photographed the remnants of a transportation catastrophe from decades ago. A cargo plane dubbed “Miss Piggy” for its frequent cargo of pigs, crashed on takeoff from Churchill on November 13, 1979, with its cargo of freight consisting of a single Ski-Doo and cases of soda pop.  An oil leak forced the plane to crash land on the rock and tundra near Hudson Bay.  According to Wikipedia (so it much be true) three crew members survived the crash but two were severely injured.  The fuselage remains planted on the tundra atop lichen encrusted glacier carved rocks and is in surprisingly good condition despite its being there for almost 40 years.  The plane even starred in a movie but I haven’t found which one yet.  Part of the plane was painted over for the movie but the back side of the plane still bears the LambAir Cargo logo along with lots of graffiti from years of visitors.  Moose photographed me as I walked on the wing, with Hudson Bay in the distance. 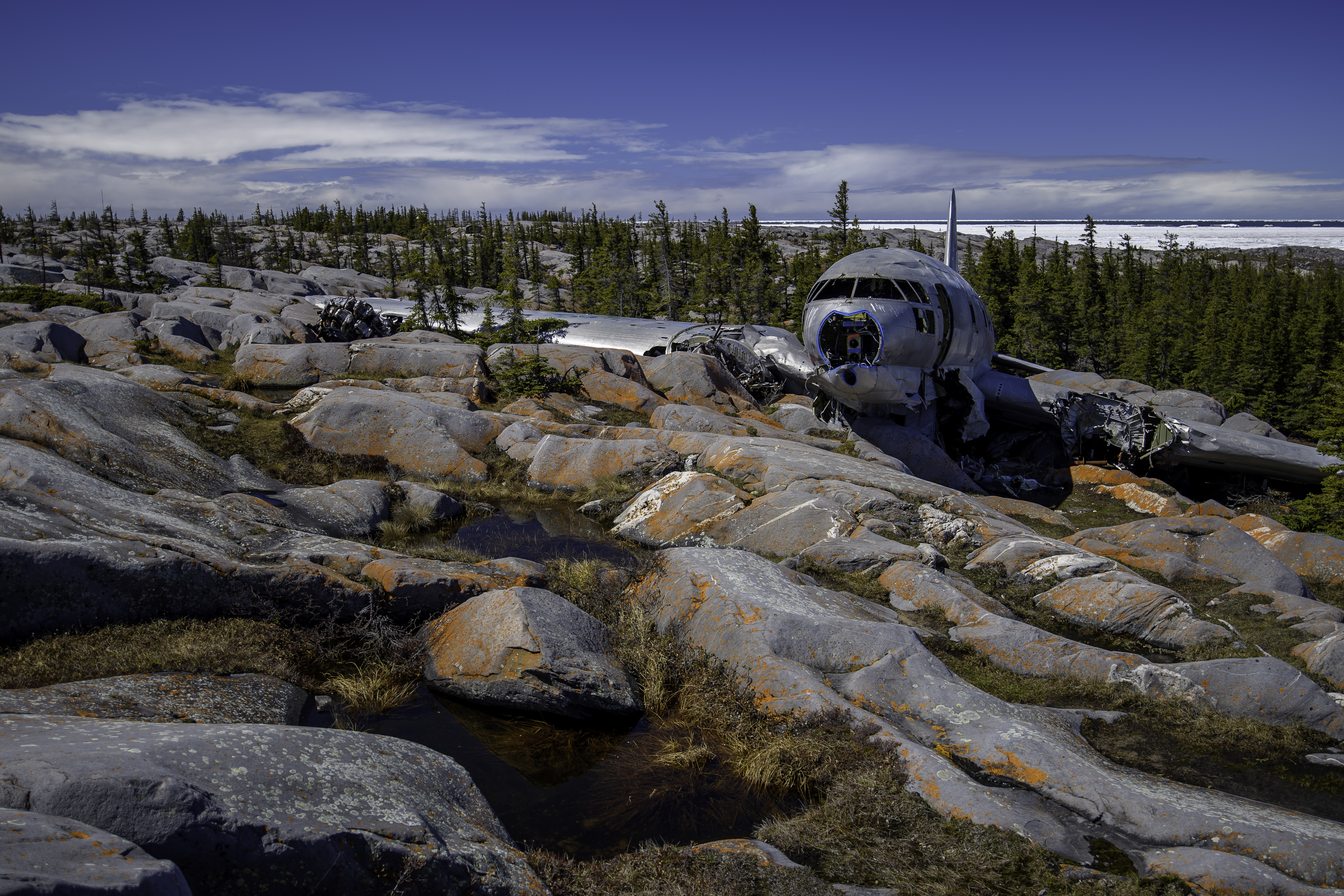 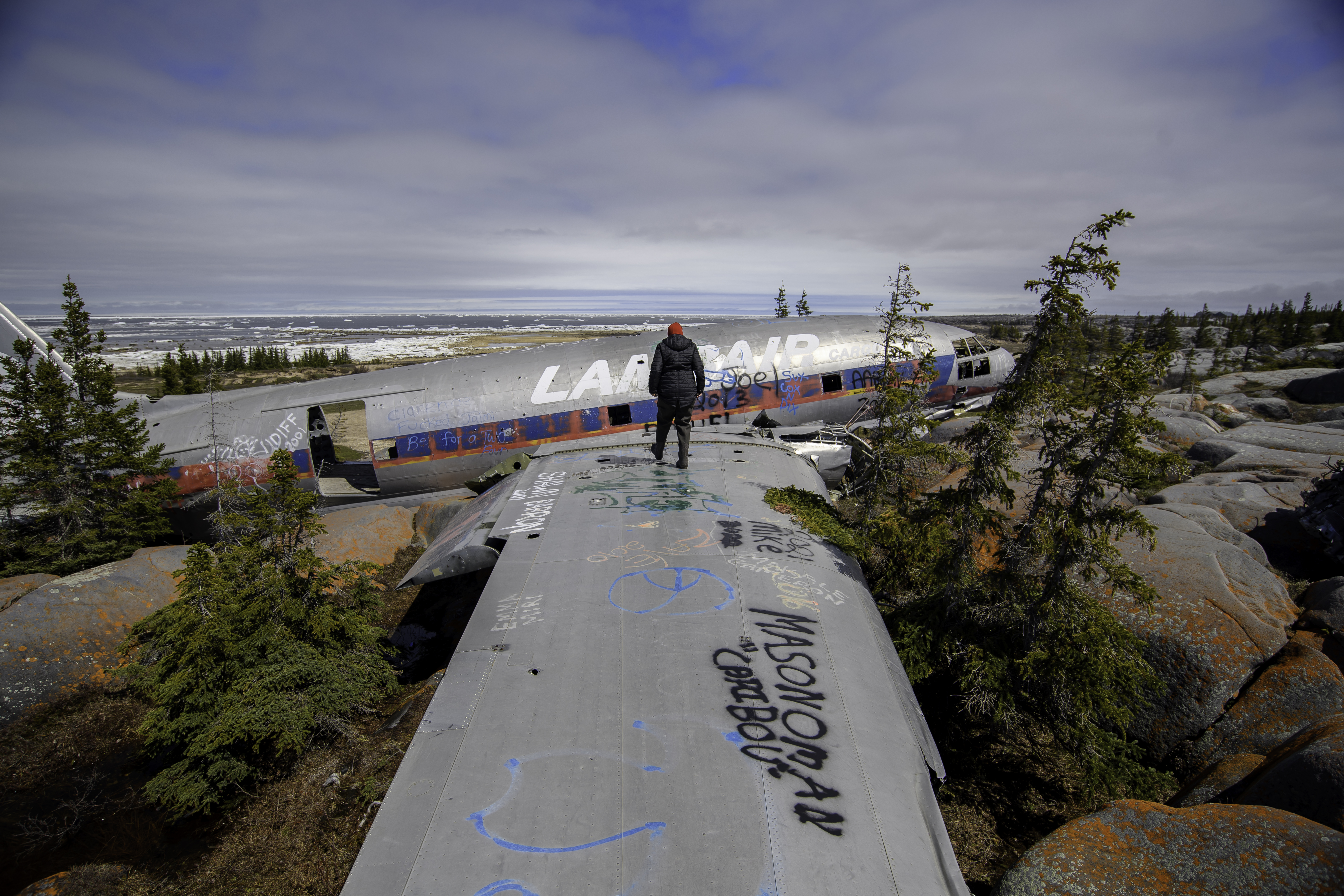