This pair of Green Herons, both with their black crests raised, paused briefly on a fallen branch at the Lagoon (Laguna Peje Perrito) one morning.  I don’t know if this is a mated pair so their raised crests represent courtship behavior or if the raised crest represents an antagonistic posture.  One flew off soon after I took this photograph.

I have a soft spot for Green Herons because about 20 years ago, a pair nested in my oak tree for three years running.  Green Herons nest singly, not in rookeries.   I have no idea why they chose my tree because the nearest water is not really very close.  There was a small creek across the street that has long since been surrounded by condominiums, and the rice fields are about two miles away.  I wish I’d been a serious photographer then.   I watched the young herons stroll around my patio and look for fish in my backyard birdbath.  Sadly, the third year was not a charm for the pair.  One Mother’s Day, we had an unseasonally cold hail storm while the parents were gone from the nest.   It filled the nest with hailstones, killing the two chicks inside.  I later discovered a small fish on the lawn under the nest, probably dropped by the parent when they discovered the chicks were dead.  They never returned. 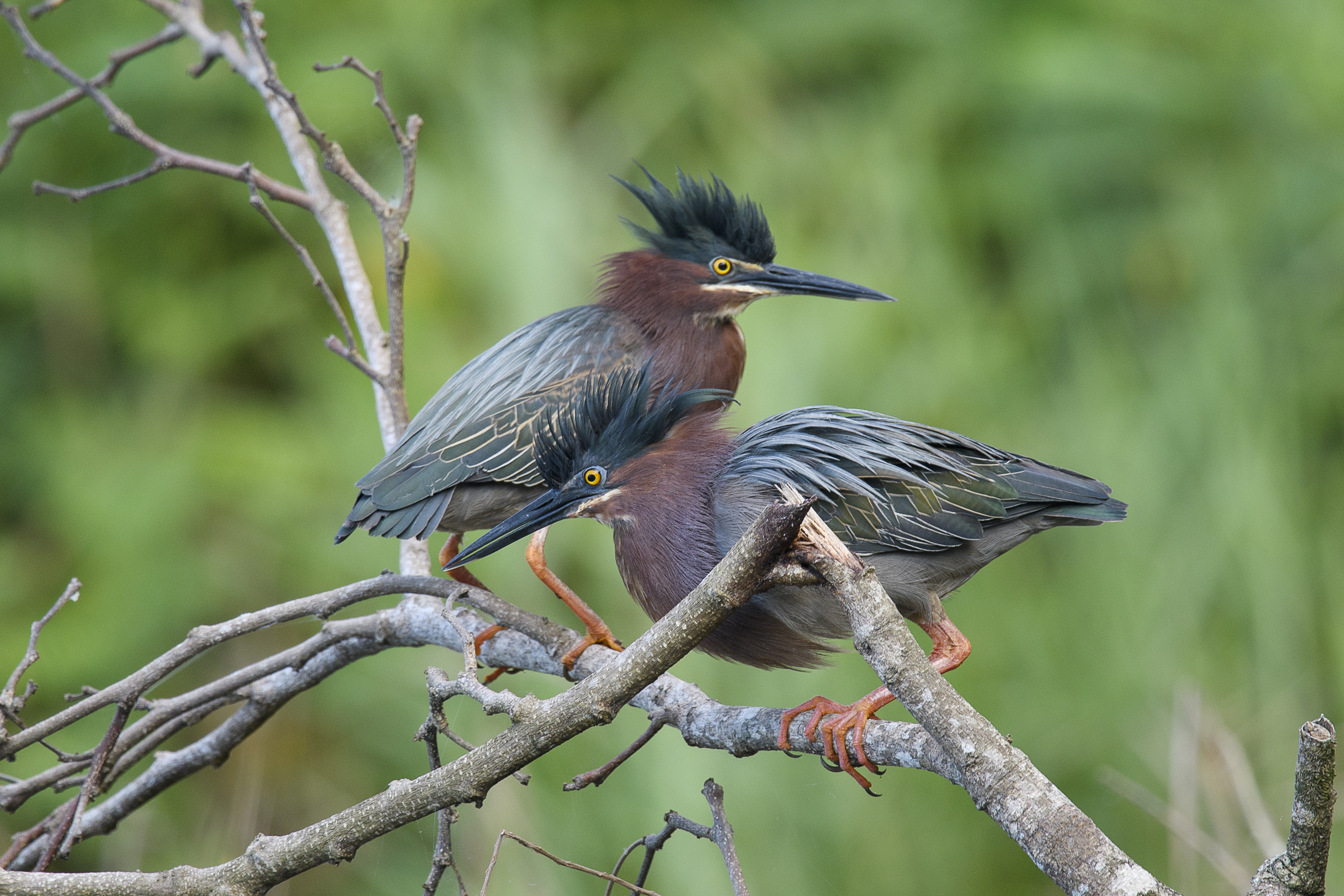