We were disappointed that we didn’t see as many birds at the Costa Rican Osa Peninsula lagoon as we’ve seen in past years. Perhaps it was the time of year…May instead of January and some birds had probably migrated north…or perhaps it was the devastation from Hurricane Otto in November…or perhaps it was the unexpected early onset of the rainy season that raised the level of the lagoon much higher than in the past, covering the lily pads that usually crowd the edges of the lagoon.  Whatever the reason, there were far fewer opportunities to photograph birds there this time.

We did see several juvenile Yellow-crowned Night Herons that relaxed in the early morning sunshine, however,  Here are two views of one of one bird and on another branch, a second bird a few yards away as the kayak paddles, standing on one leg,  its beak covered with down from preening and its partially closed nictitating membrane visible. 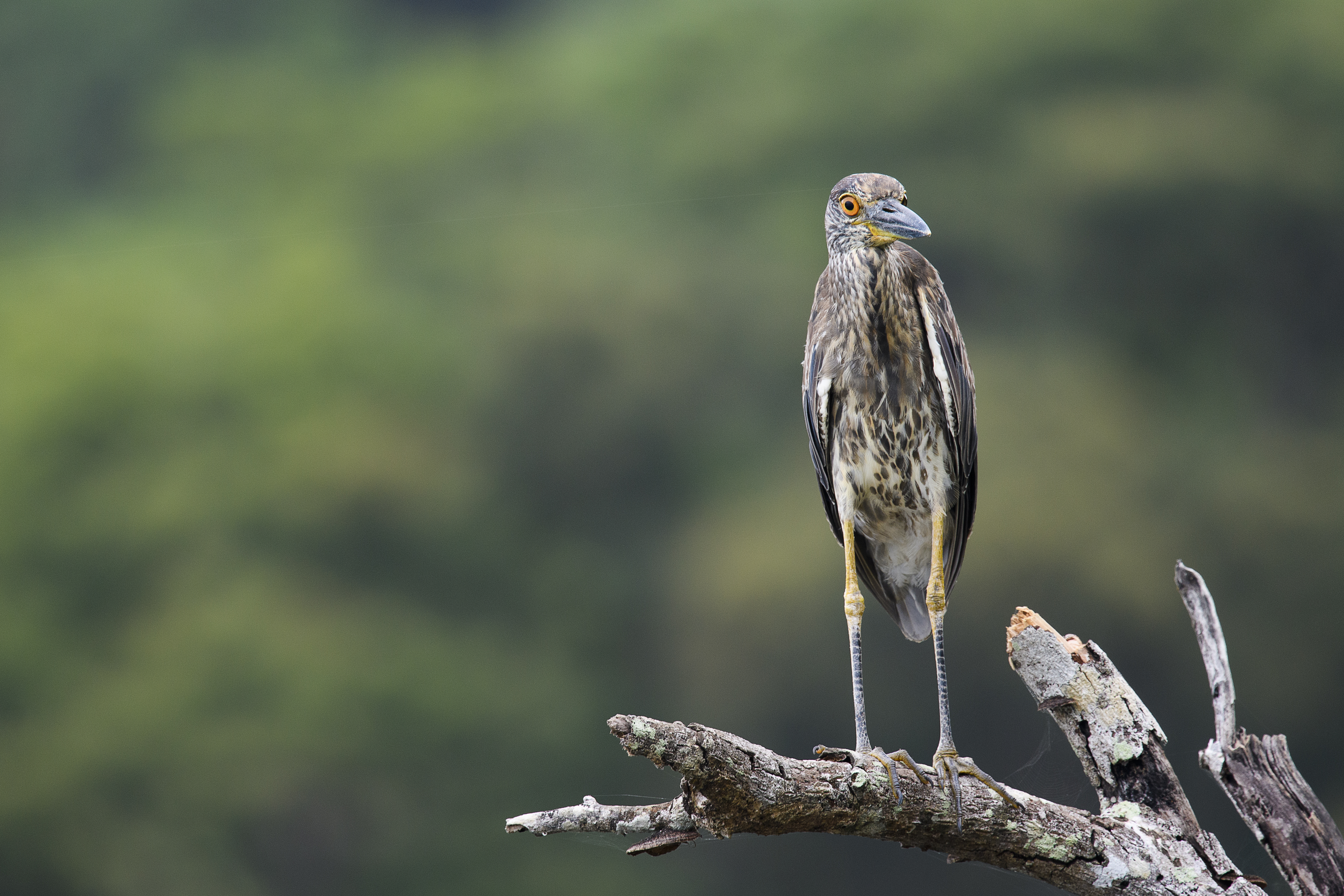 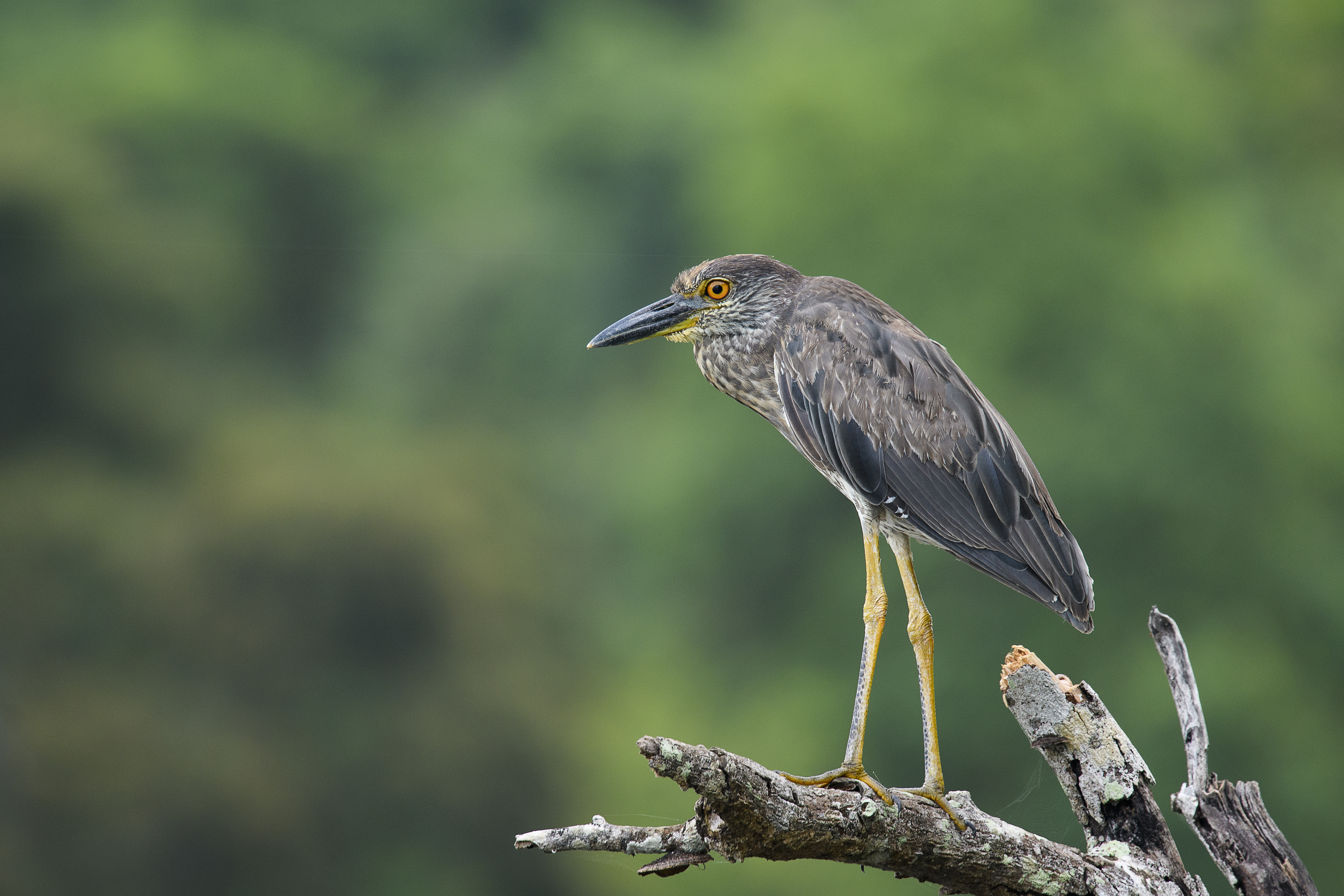 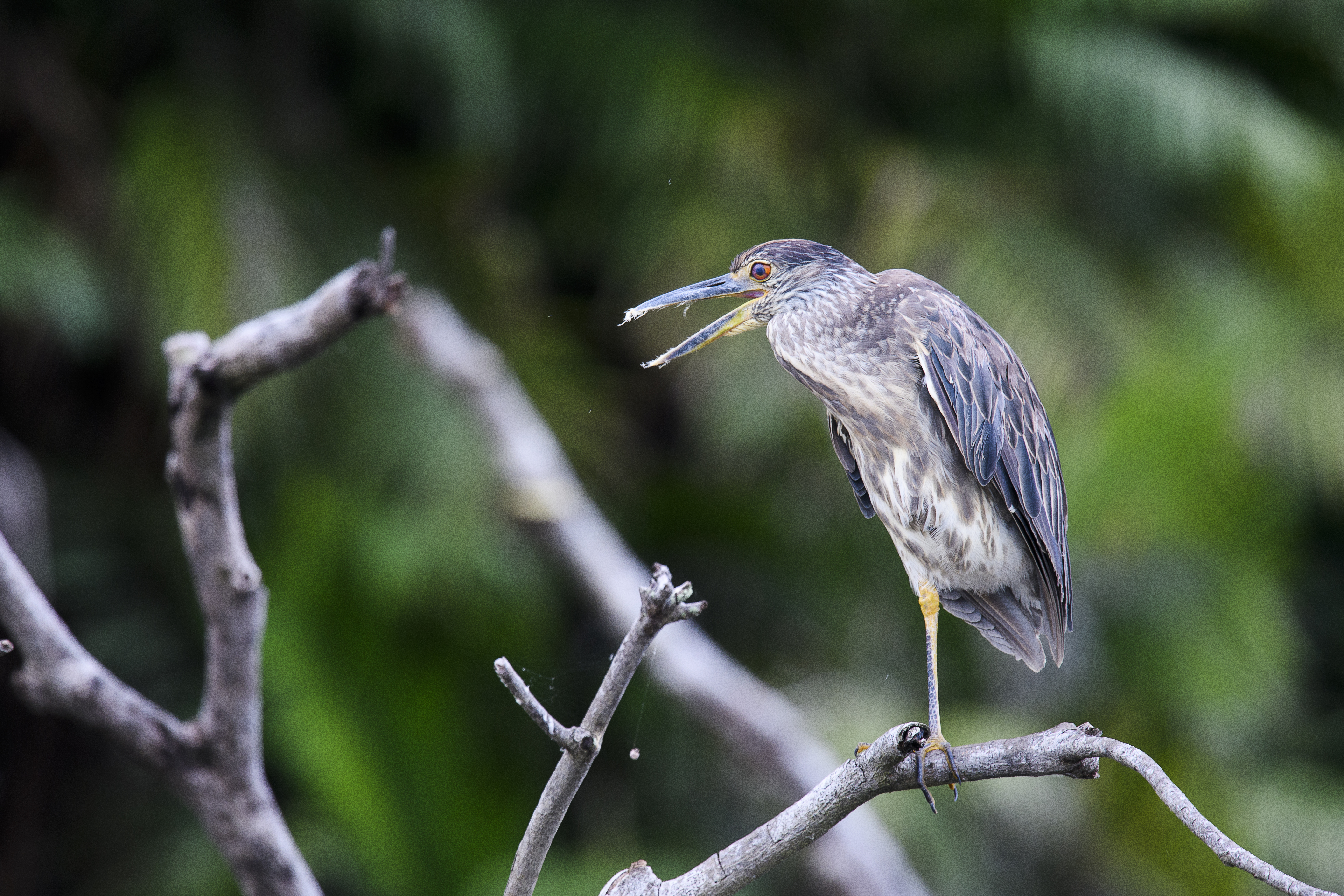