Late Friday afternoon we ventured out in search of a poison dart frog.  We were at a place called La Leona, near the entrance to Corcovado National Park, the place where I came close to suffering heat stroke on my last visit there.  But that was on an all day hike;   this was only about 30 or 45 minutes.  There must be something about the oppressive humidity that makes it feel like an all-day hike and I was feeling the effects after just 20 minutes.  Luckily, I brought GU electrolyte tablets with me this time and a half hour into the walk, I added one to my water bottle which took effect immediately and I was fine.  At least we didn’t have our tripods with us, just a single camera with two lenses so our load was fairly light, but negotiating the slippery muddy path across tree roots and up inclines and over streams made me nervous.  Erick our guide, whose nickname is El Fuerte, Strong One, even offered to carry me (!) across the wider streams because he wore rubber boots.  I refused to let him do that lest my weight disable him and leave us without a guide so he placed large flat rocks strategically in the fast moving stream then took my hand and walked me across.   Then, deep in the rainforest, Erick found our target frog.

It is said —of course, if you read it on the Internet then it must be true— that if you are calm when you handle Dendrobates Auratus, the Green and Black Poison Dart Frog, it is safe to do so.  Despite this bit of trivia (which I didn’t know until I wrote this blog post after reading about it on the Internet) when Erick, who was always relaxed while handling the frog, finished handling it, he doused his hands with water, then with alcohol hand cleaner as a precaution.  After all, the frog got its name for a reason.

This tiny frog is less than an inch long. According to Wikipedia (so it must be true) males are about 3/4 of an inch and females, slightly longer than an inch.  Erick thought this was a juvenile.  It looks harmless enough but its skin packs a punch.  I chose not to touch it.  I wouldn’t have been calm like Erick with a frog in my hand whether it was poisonous or not. 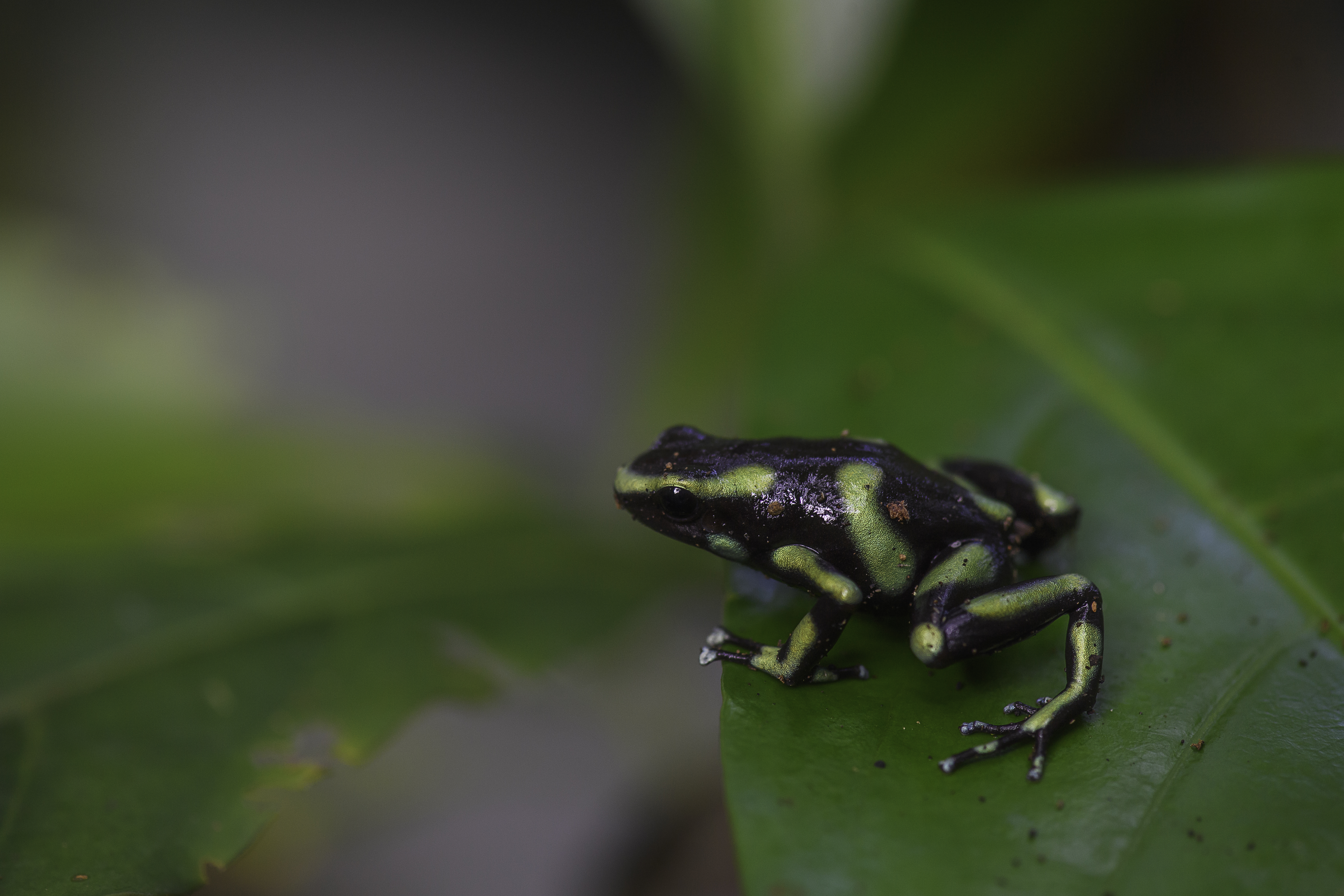