Although my primary reason for coming to Costa Rica is to photograph birds, my favorite photographs have been the ones I’ve taken of the Red-eyed Tree Frog on the night walks to the frog ponds at Luna Lodge.  On our first day here, I told Eric, our guide, that I would love to be able to photograph a Red-eyed Tree Frog in the daylight, something we did on our first visit to the lodge in 2015.  Eric said he would find me a frog.  Thursday night was our scheduled night walk.  This year, I chose not to take the night walk because I was nervous about walking on the treacherous, slippery, steep, narrow, tree root covered trails in the dark because of the recent rains.  True to his word, though, Eric found not one but two tree frogs for me.  The Red-eyed Tree Frog escaped before we could photograph it in the daylight but the Spurrel’s Flying Tree Frog stayed just long enough for us to get some shots.  His eyes aren’t as fiery red as the Red-eyed Tree Frog and his legs are orange not white but he is just as adorable.  He was anxious to get back to his pond and after a few minutes, Eric returned him to his pond. 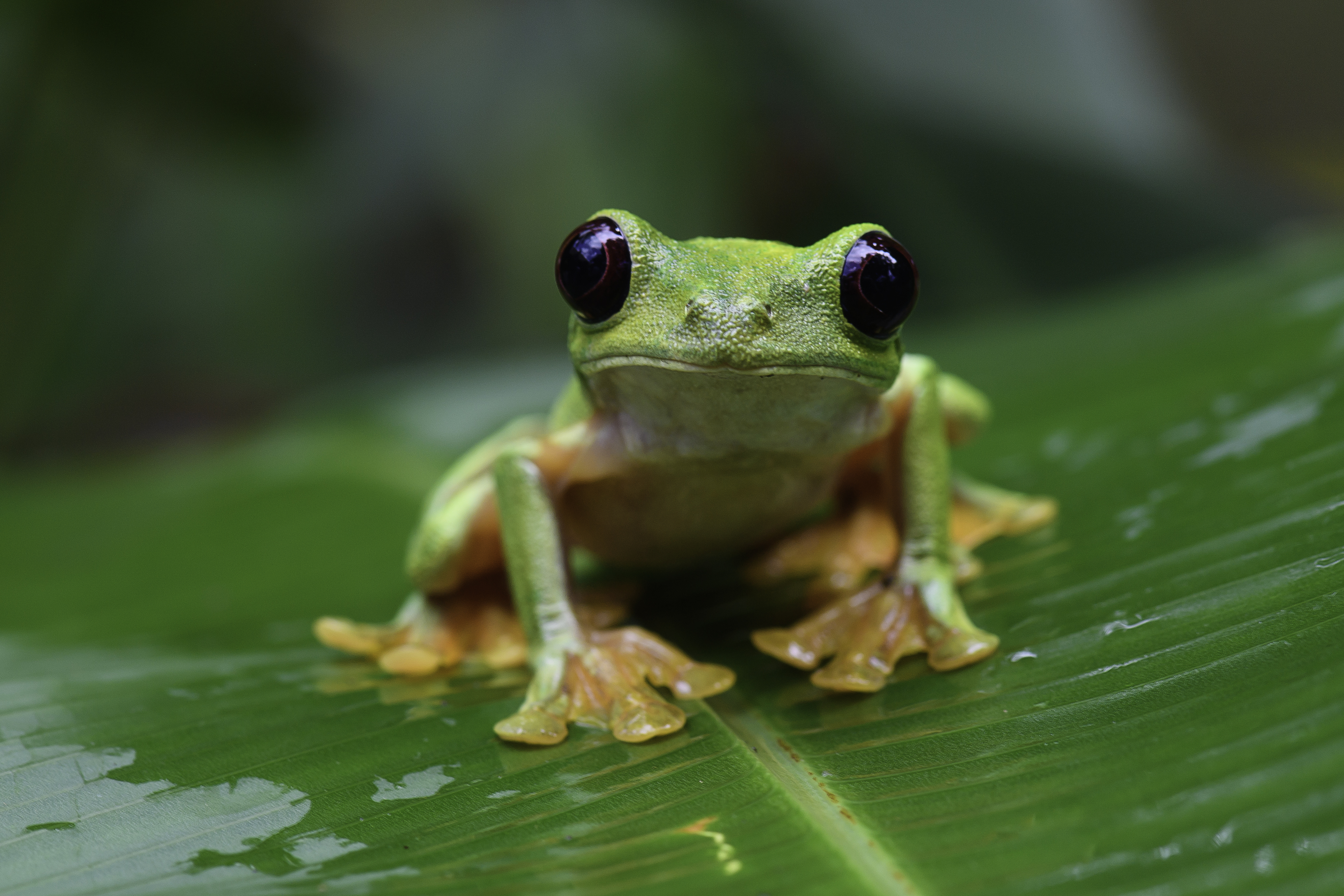