The snowdrifts around my brother’s house were deep and nothing on the deck or in the yard was identifiable as anything but an amorphous lump of snow.   That all changed suddenly Wednesday morning when above freezing temperatures and a few raindrops removed the blankets of snow from the tree branches, the rhododendrons began to emerge, rivulets of water cascaded from the eaves, and the icicles began to melt.  As I sat down with my morning coffee and looked at the new view outside with trees and bushes that had been white lumps the day before, I realized that the lump in the middle of the patio was actually a snowman, built over the New Year’s weekend by young visitors to my brother’s house.

Frosty the Snowman is only partially emerged from the surrounding snow, his carrot nose toppled off, one eye plucked from its socket, and his pine needle hair in need of grooming.  As I look at his head, I’m not really sure he’s even made of snow—it looks more like foam than snow—but it’s pretty close to a snowman, or what’s left of one, anyway. 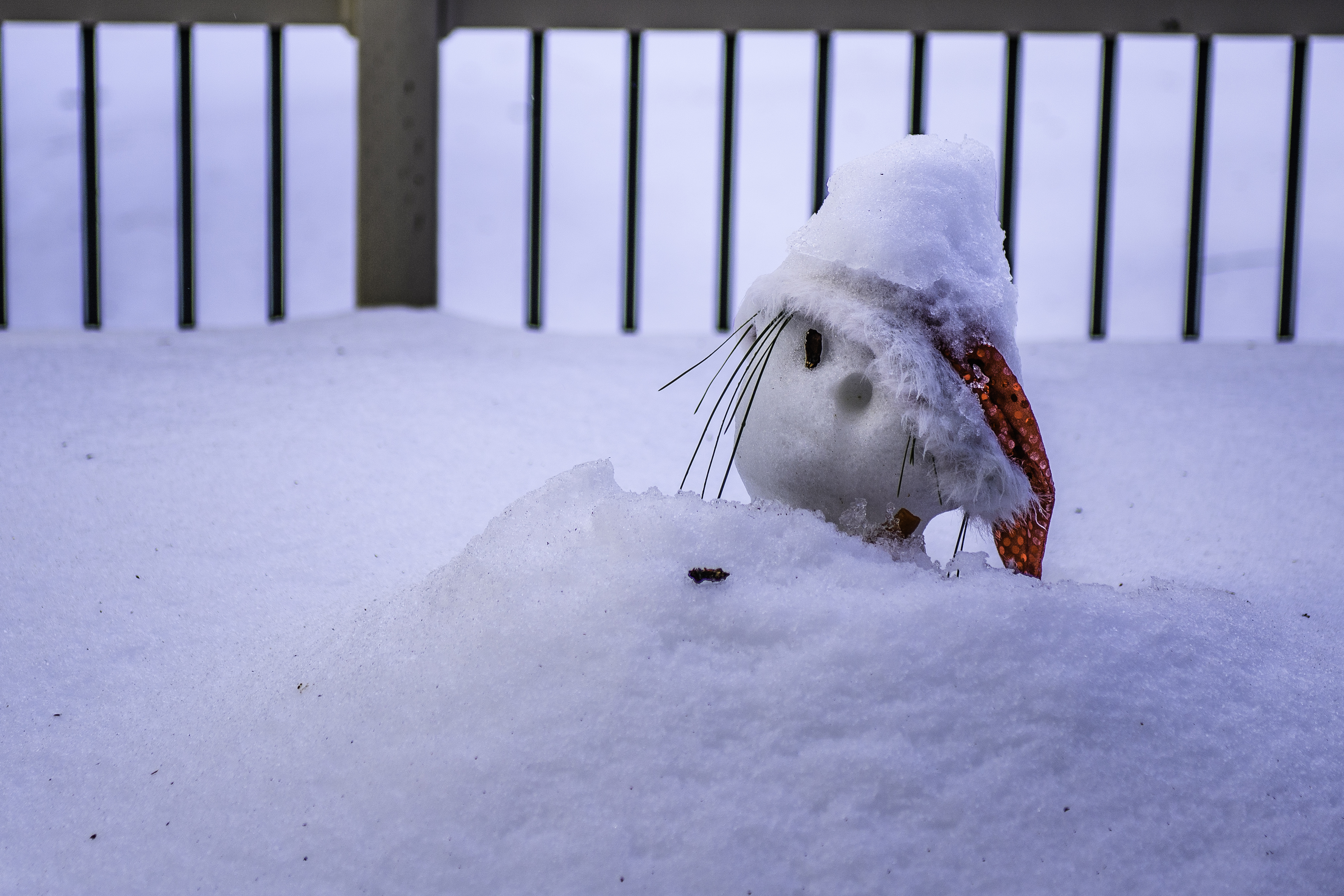 One thought on “2017—Frosty The Snowman”