This female Anna’s hummingbird had to fly to the less popular blue fountain in my yard to bathe when Homer, in the second photograph, decided to keep the main fountain to himself.  I love the giant drop on Homer’s beak.  I’m thinking that I’m going to have to name the female since Homer now has a name, although I now know that there are two male Anna’s hummers living in the yard.  I’ll have no way to telling which is which so I’ll call them both Homer.  I think I’ll call the female Helen which sort of works with Homer I think. 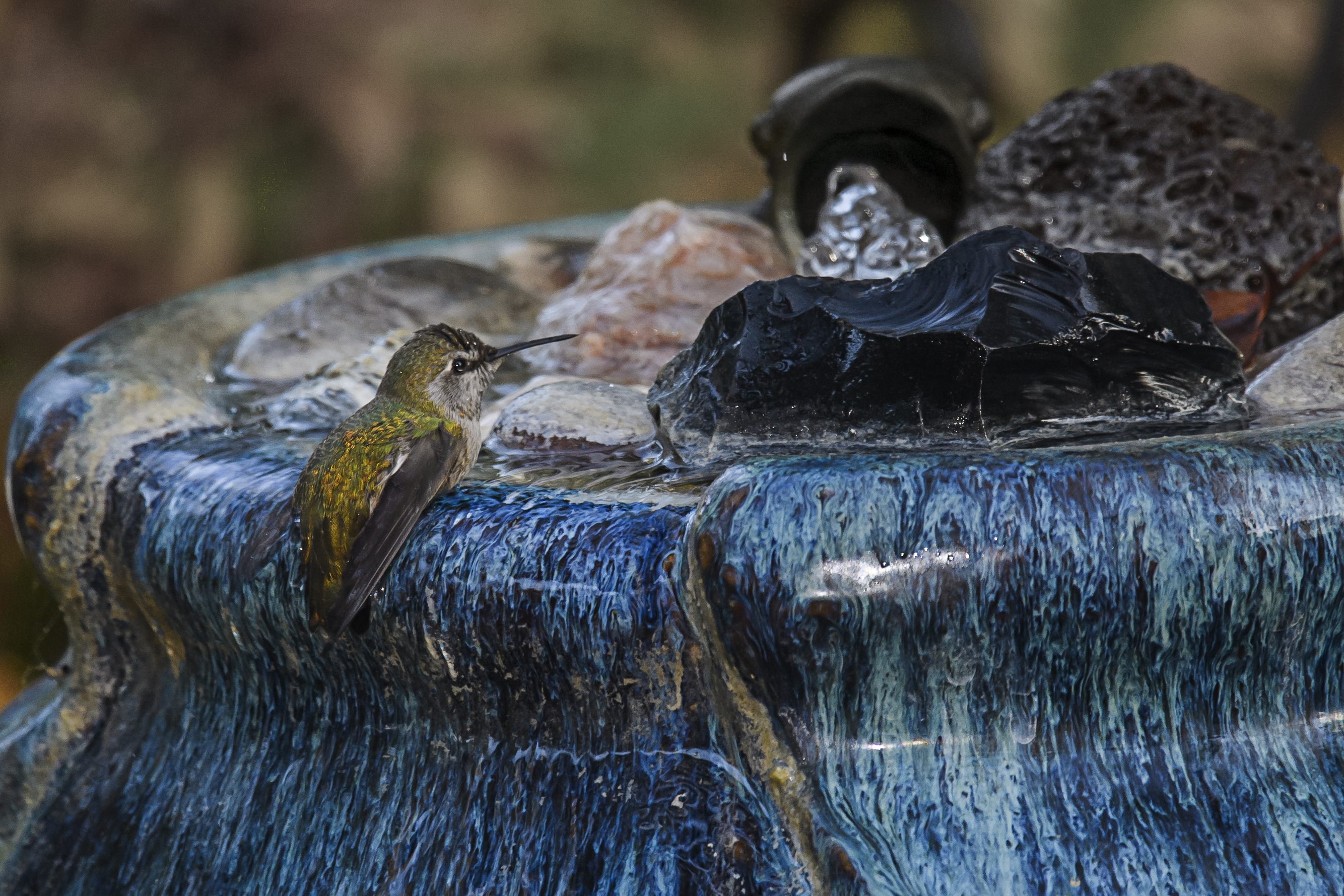