2016 ended with three successive   Super Moons. On December 14, the moon is full and also at perigee for the third and last Supermoon of this year-end trilogy.  Perigee is the moon’s closest distance to Earth.  It’s overcast and raining here so there will be no December moon photographs for me but I did take photographs of the Super Moon in November when the moon was at its closest to Earth so far in this century and the moon won’t be as close again until 2034. That was the super Super Moon.

This is the photograph I took on November 14, 2016, of that super Super Moon.  I set up my 600mm lens with a 1.7X teleconverter and used High Speed Crop to get the moon as large as possible in the frame. I took the shot in my backyard over the neighbor’s rooftop so there is nothing to show relative size of the moon to its surroundings but I didn’t crop this photograph. 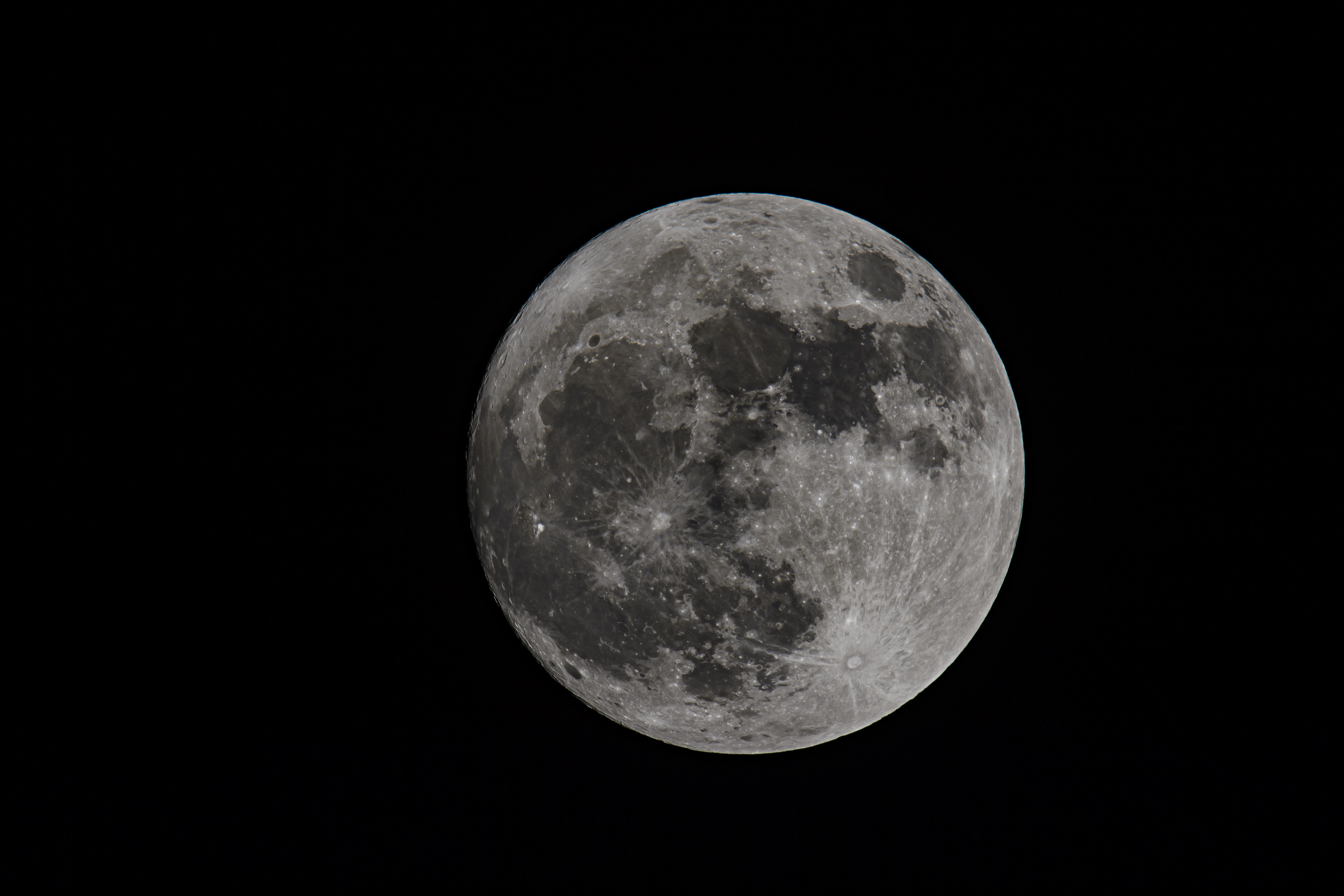