I was free as a bird on Christmas Day so I decided to go shooting in the Lincoln area where Jim White took me a few weeks ago.   I first headed to the area where I saw and photographed my first burrowing owl.  The area is an “open space and wetland preserve” but there were no owls in evidence.  I stopped there and spent time just watching.  There were  lots of birds in the area but most were too far away or too skittish to photograph.  Flocks of starlings looked like clouds of black as they swirled then alighted; a belted kingfisher perched on a wire waiting for prey; western meadowlarks sang their melodic songs from atop fence posts; white crowned sparrows and song sparrows watched from tautly strung barbed wire perches; turkey vultures  soared overhead;  a ferruginous hawk made lazy circles in the sky (thank you Rodgers and Hammerstein).   When I decided to drive home, I passed a red-tailed hawk perched on a wire and stopped.  He got a bit nervous as I took photographs through the open driver’s side window.  Because I was being a smart-ass and had the camera set to high speed crop, when he took to wing, I cut off his wing tips. 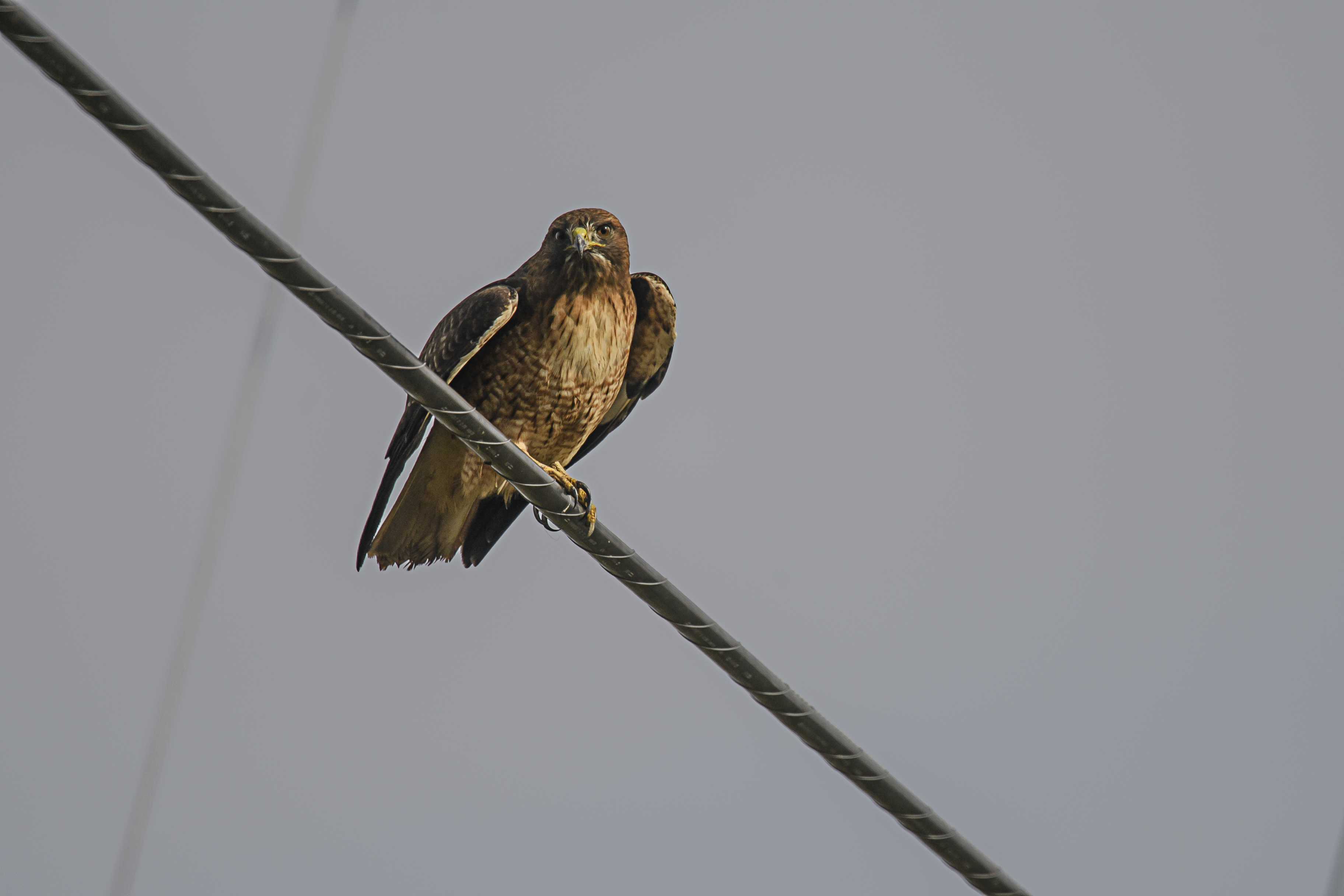 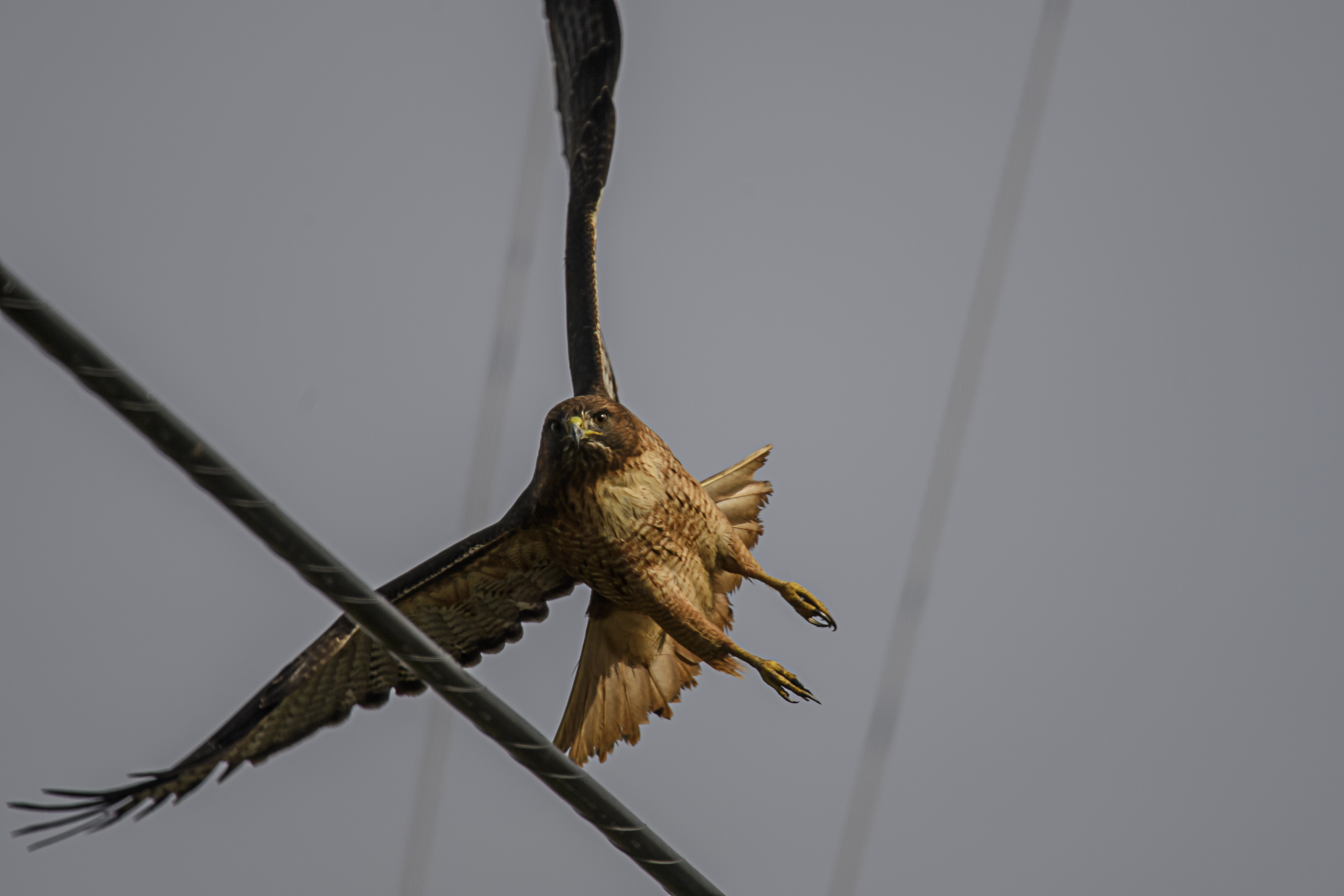