Nothing could fully prepare me for the spectacle of thousands of snow geese exploding en masse into the air and swirling around in a whirlwind of flapping wings and a cacophony of honks.   I was awestruck and was a silent observer of this spectacular pageant that replays over and over throughout the day.  We witnessed this at close range several times on Monday at Bosque del Apache NWR.  It was at once breathtaking and overwhelming.  I witnessed much of the show through the viewfinder of my camera each time we were lucky enough to be in the midst of this snow-like blizzard of birds. The long lens sees nothing but furiously flapping wings, honking beaks, and beady black eyes.  What a joy it was to experience this phenomenon. 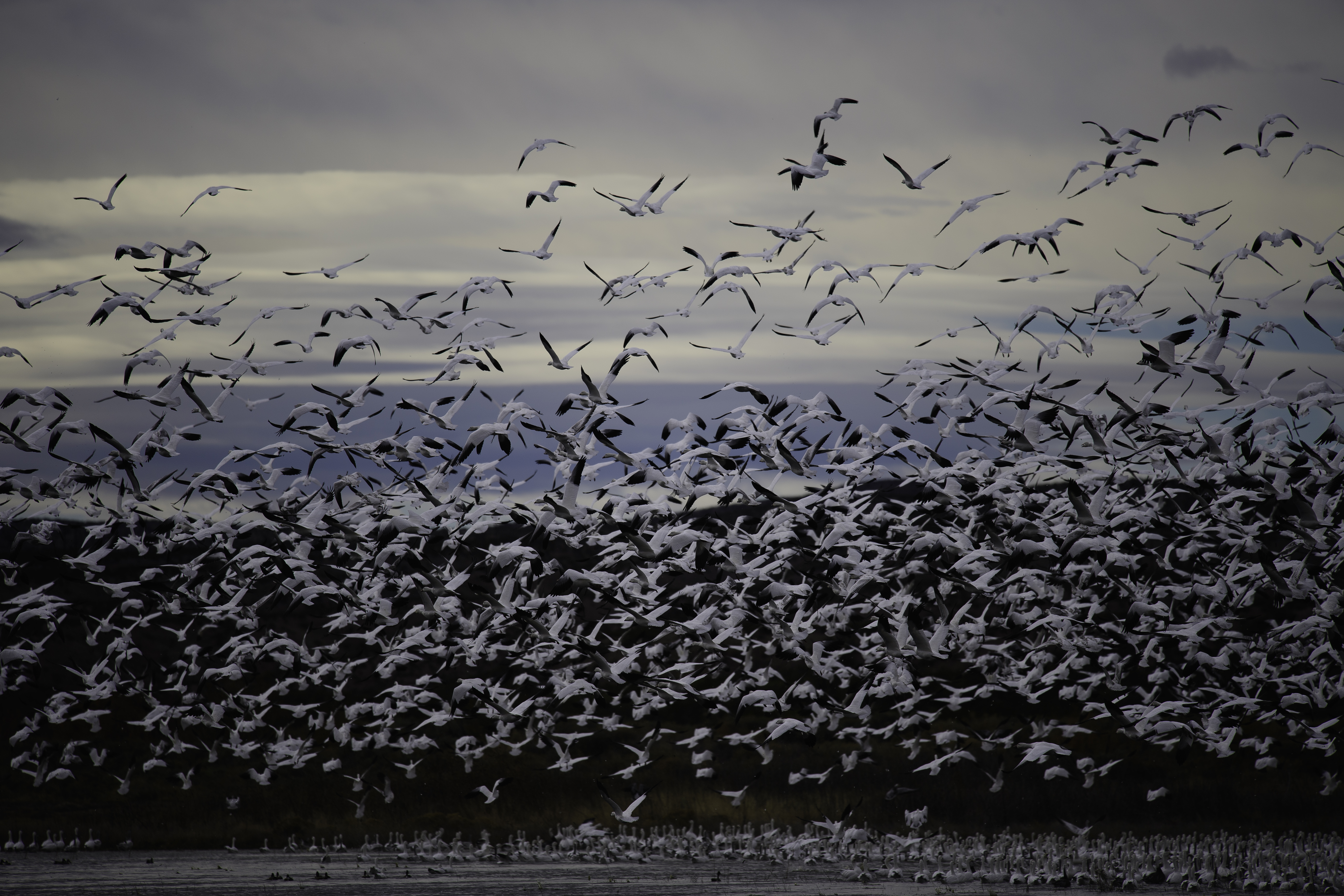 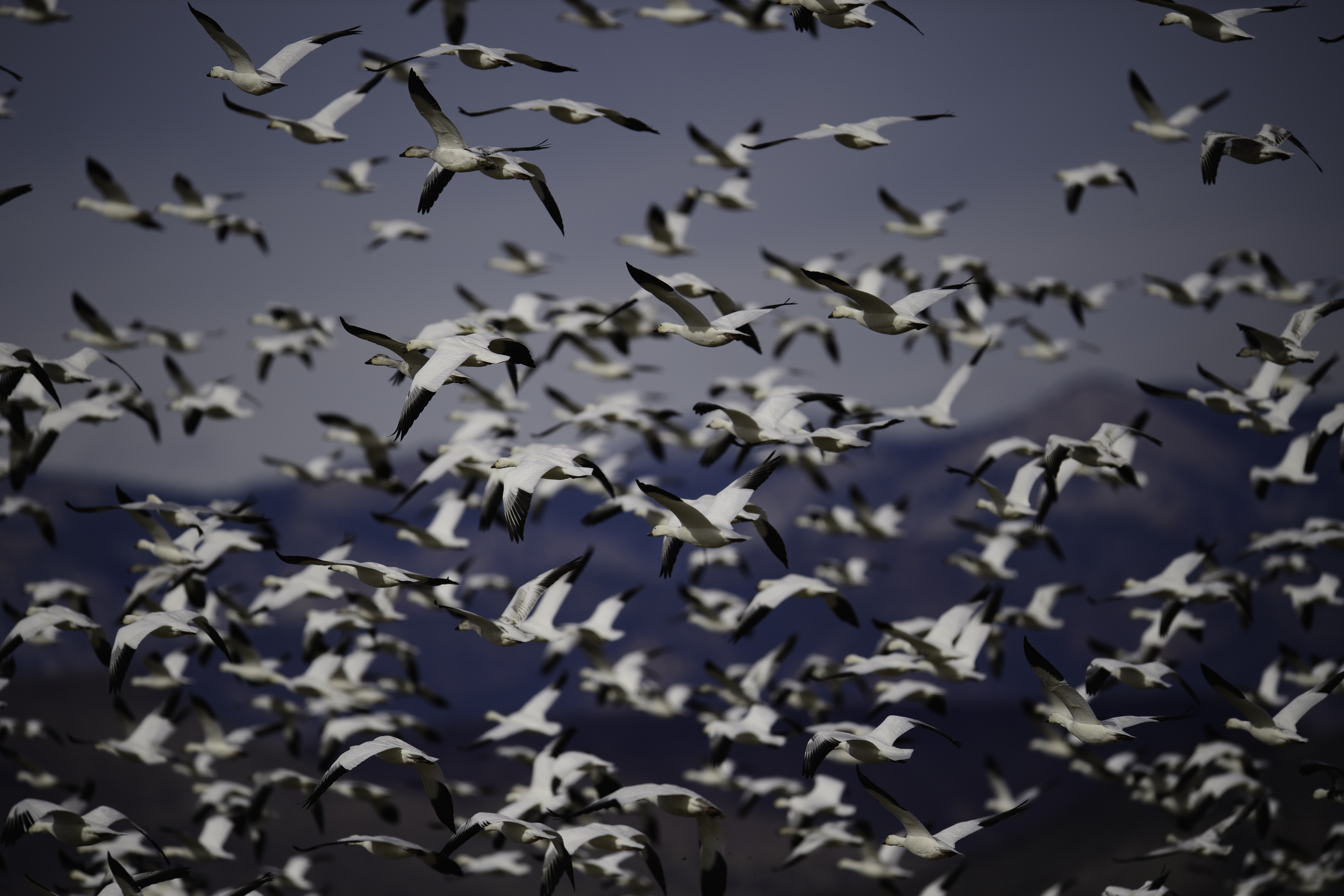 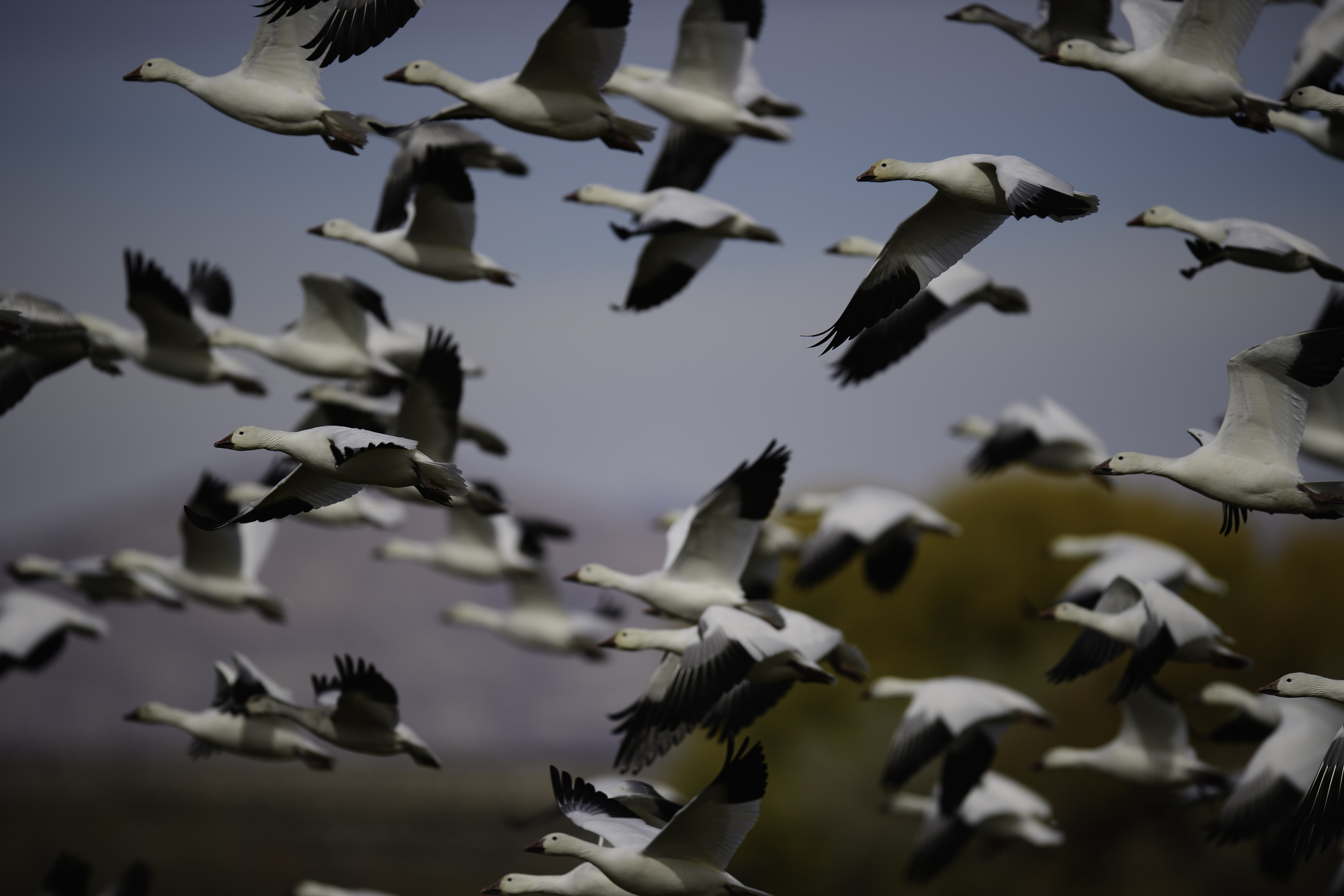 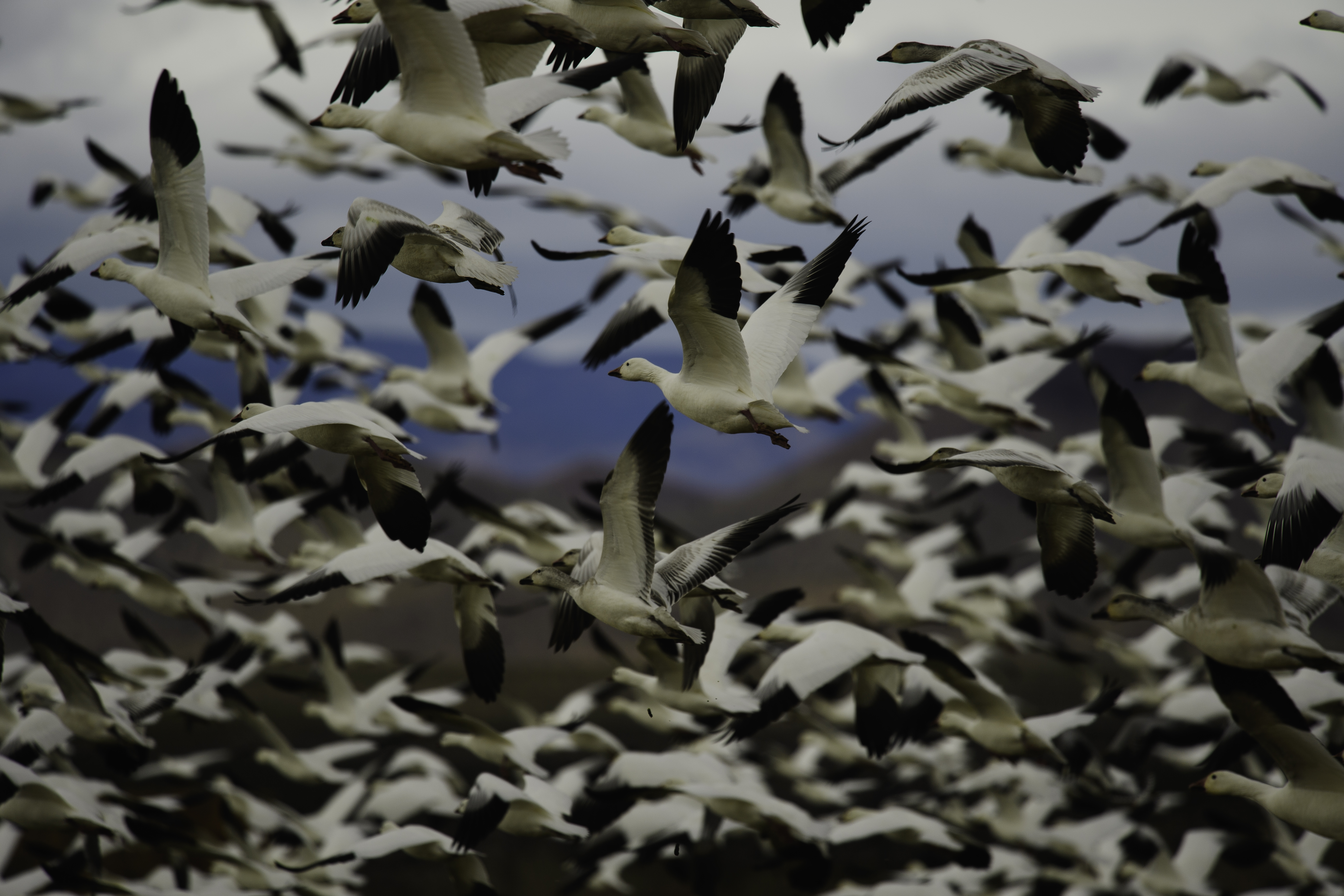 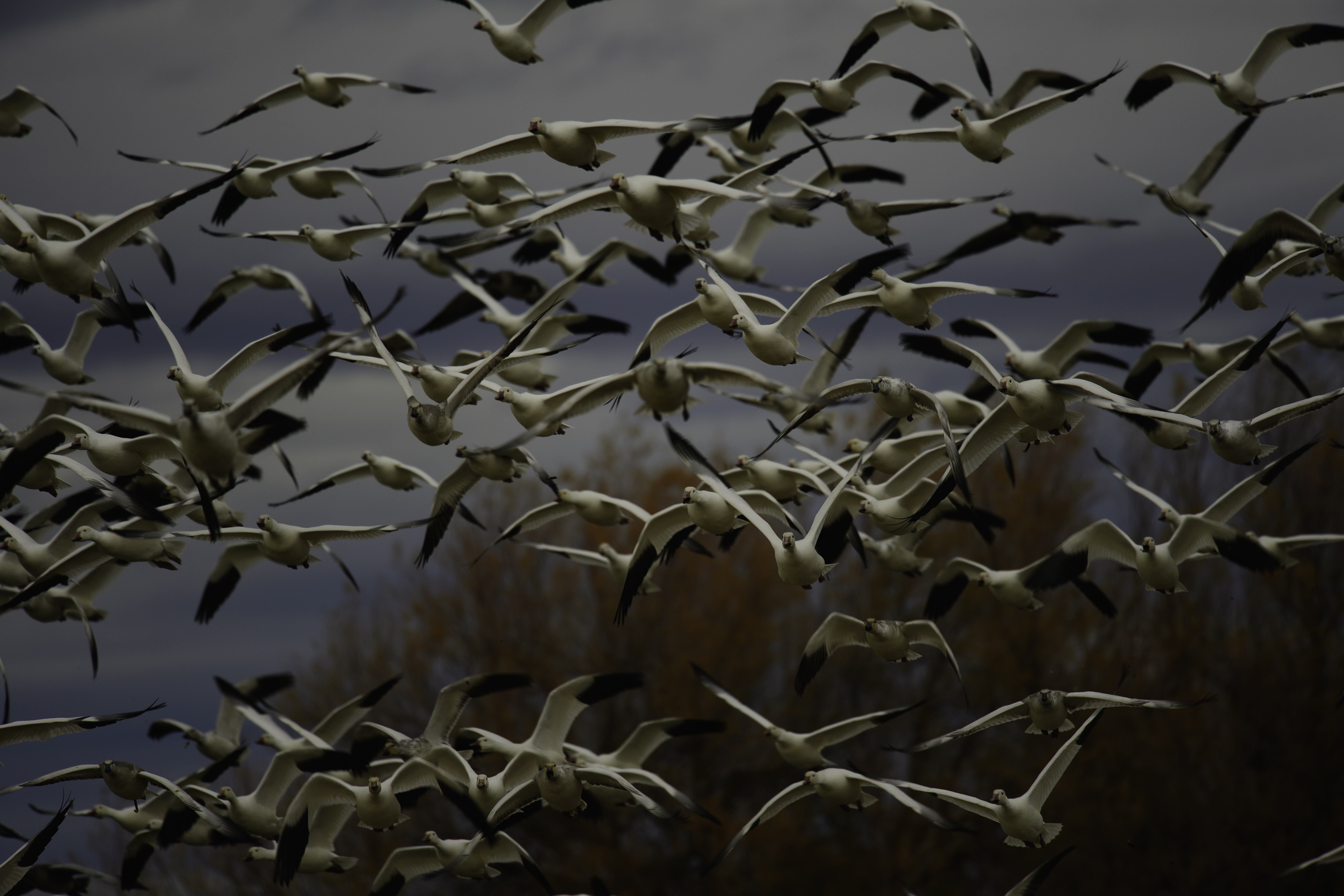