“To everything there is a season,” With apologies to Pete Seeger for the play on words (I couldn’t resist),  these terns are out of season.  Without the black caps that they have during breeding months, they remind me of little old men who’ve lost all their hair except for just a fringe above the ears.   We came across at least four different species of terns late one afternoon in Corpus Christi just off S. Padre Island Dr. down the road from Snoopy’s Pier where we had dinner that night.

The terns spent much of the time while we were there perched on pilings warming in the late afternoon sun and jostling with some gulls for position on the pilings.  The first shot is a pair of Caspian Terns standing in the shallow edge of the water.  The second shot is a Royal Tern and the third shot has both Forster and Sandwich Terns but the only tern in focus in that shot is a Sandwich Tern, identifiable by the dab of “mayonnaise” on the tip of its beak. 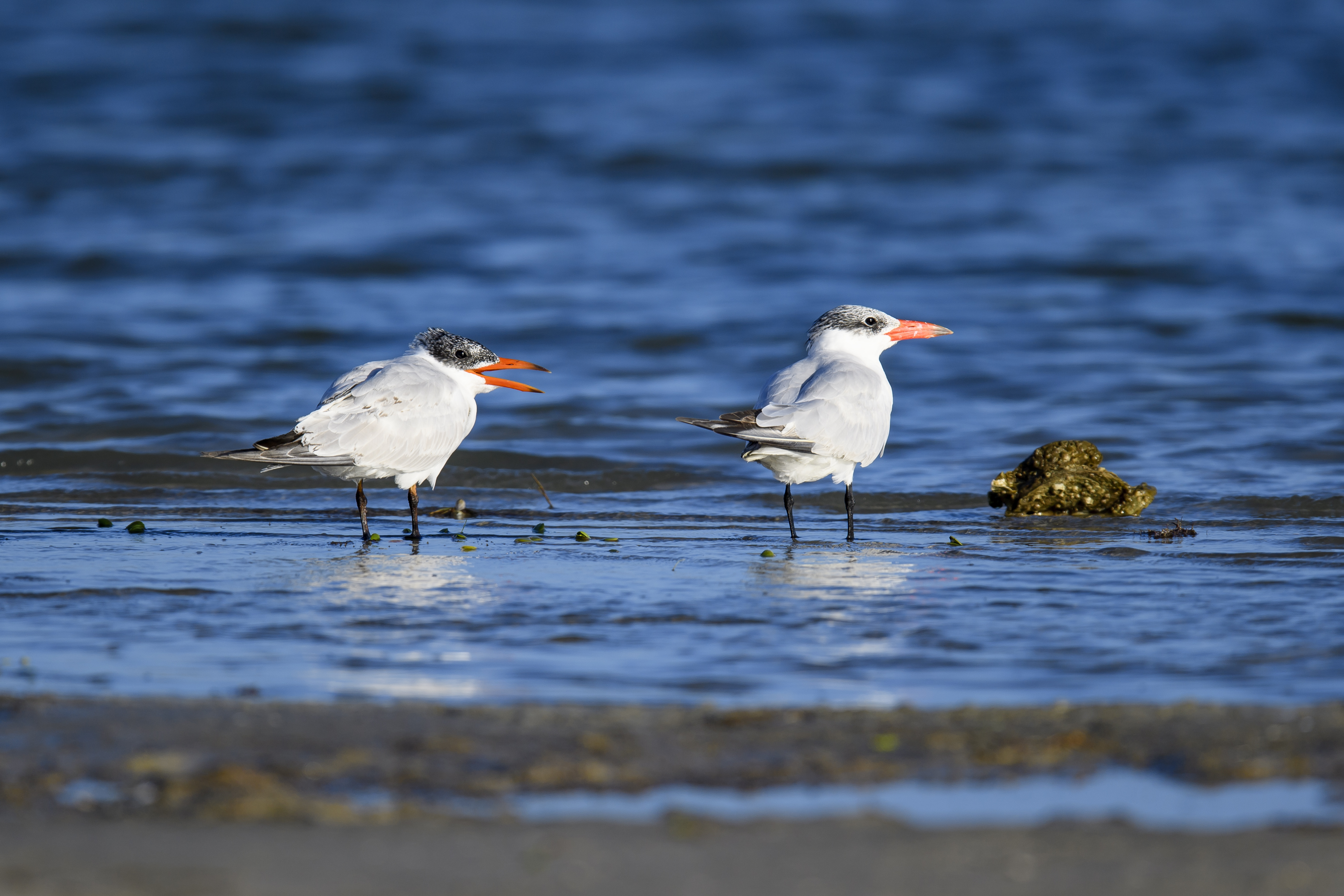 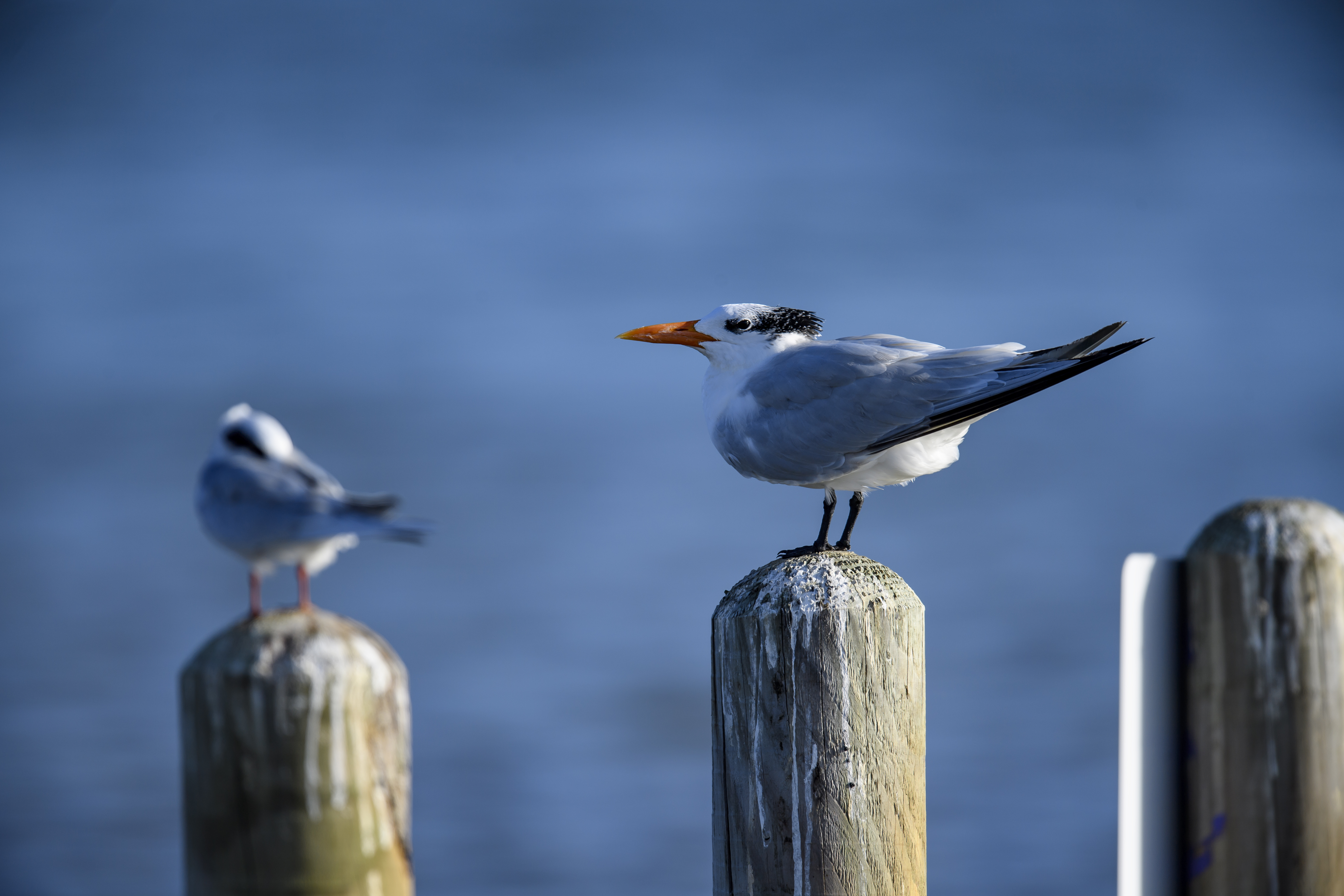 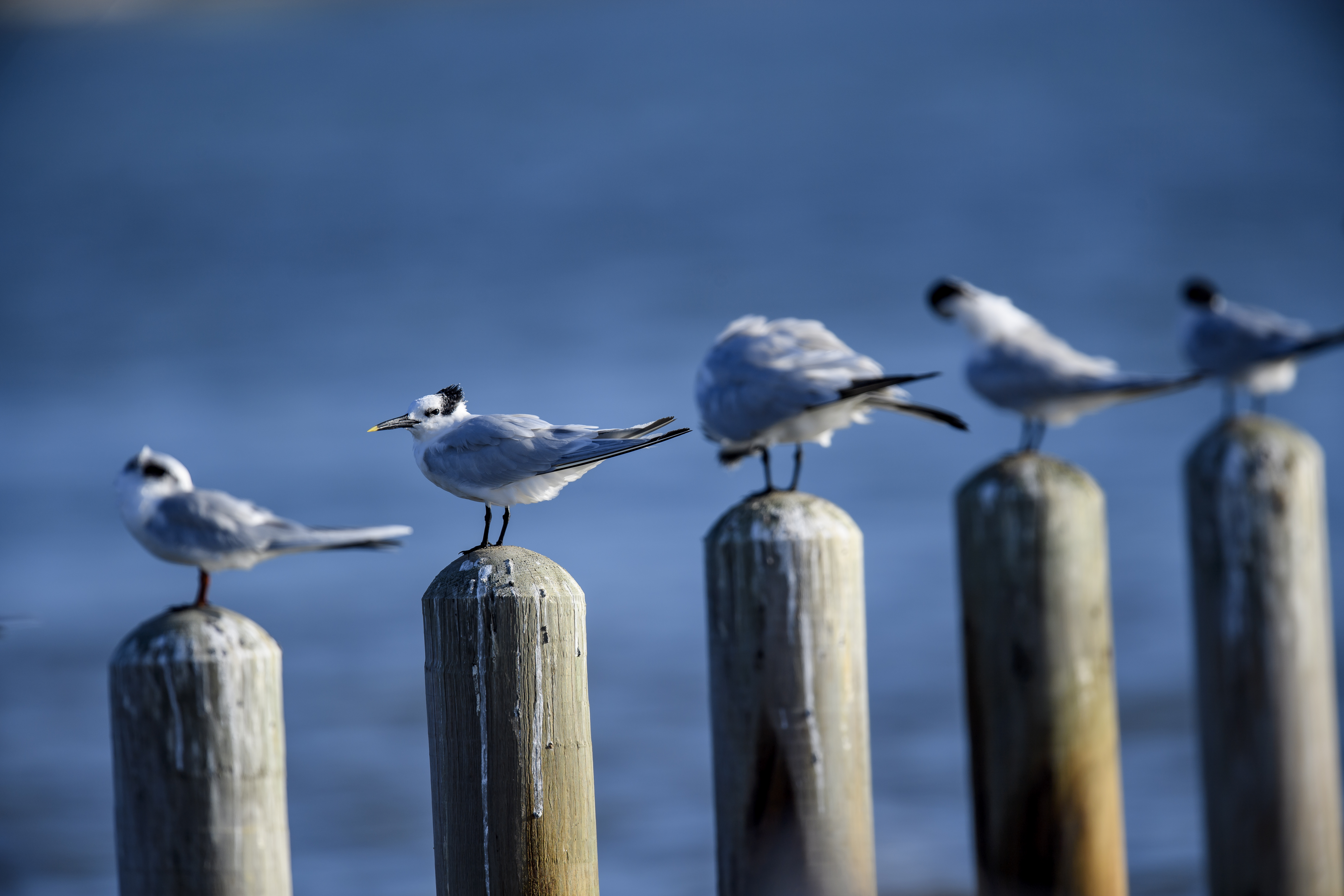