Saturday on the Gulf was windy and the birds were elusive.  We had to cancel our morning beach panning due to high winds.  Later, driving through the wildlife preserves, we found very few birds to photograph and those that we found were too far away from our lenses to get decent shots.  After a disappointing day of bird photography, we called it quits and headed to dinner.  On the way, Moose stopped so we could get one last look at the Gulf of Mexico, listen to the roar of the surf, and enjoy the setting sun.  I took a few shots and Moose said, “Carol, let me see your camera for a second.”  He turned the camera vertical and took a few frames.  When I looked at the viewfinder, I thought, “Wow!”    It was obvious after seeing his shots that vertical framing was definitely the way to go in this scenario.  I normally think of landscapes, and in particular sunrises and sunsets, as horizontal shots.  Once again Moose had me thinking about photography in new ways.   I took a place holder photo so I would be sure not to confuse my shots with his, not that there could be a chance that I would confuse my mediocre efforts with his brilliant composition. Of course, my shots weren’t as gorgeous as his, and he did acknowledge that he’d been doing this a few more years that I have but, still.  And, his shots have shorebirds in the foreground.  They’d flown off by the time I turned my camera vertical but there is a fisherman standing in the surf far down the beach. 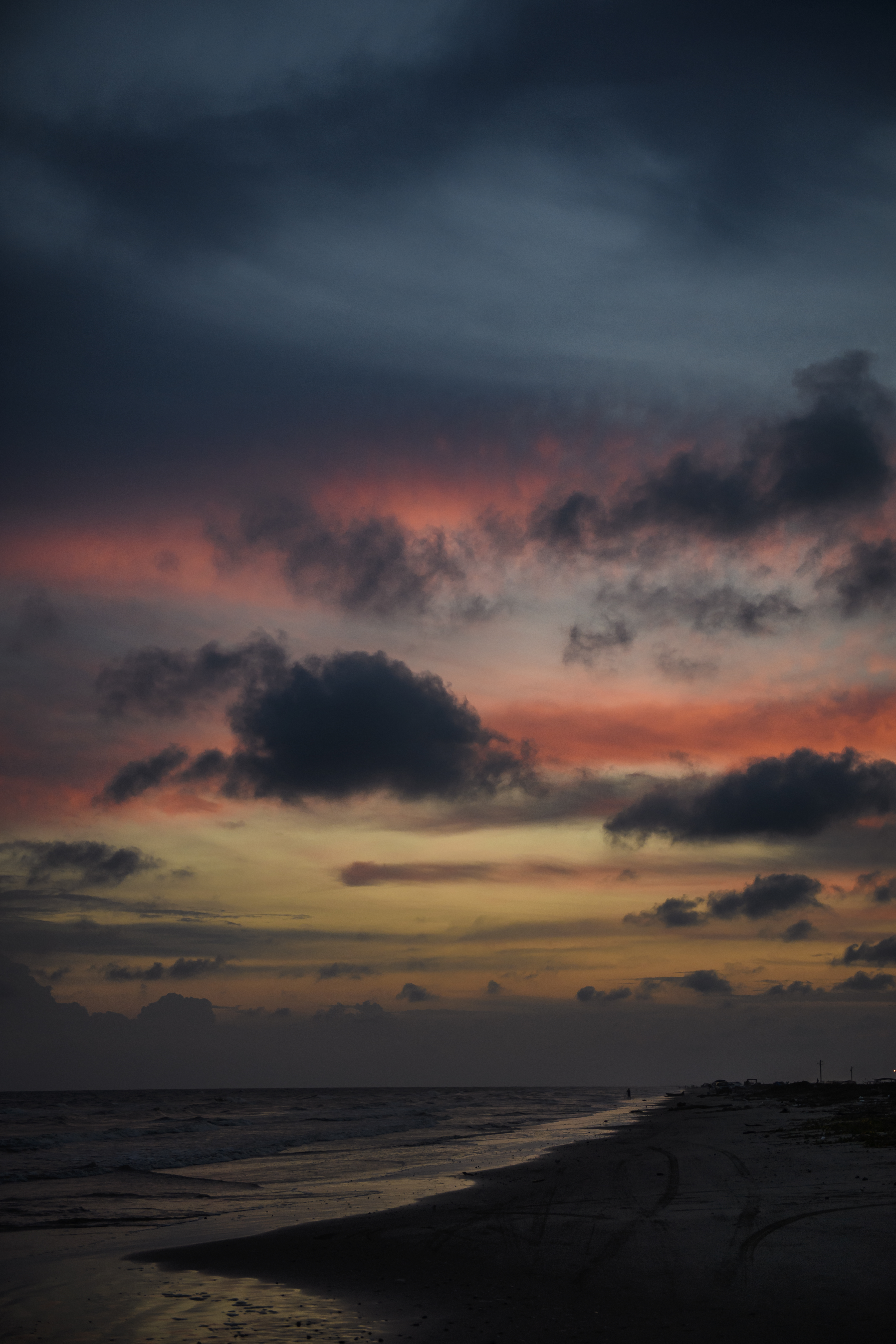