A few days ago, I mentioned that I had become obsessed with water drops.  But, it’s not just water drops that grabbed my attention.  It was the challenge of capturing one drop colliding with another drop.  This creates what looks like a little umbrella made of water.   I decided I had to try it but getting ready for this is time consuming.  Of course Google provided the how-to.   I spent a couple of hours finding pieces and setting up to make this happen.   I ended up with a Rube Goldberg kind of contraption with a frame made of PVC pipe (it originally was a free standing perch I made for Bobo) and I suspended a repurposed Sriracha bottle, filled with water and swaddled in a mesh bag, from the perch and steadied it with bungee cords.   I set the contraption up on my worktable on top of a black paper background.  A  glass 9X13 pan filled with water served as the base receptacle.  To figure out where to focus, I set a ruler across the pan with a small button setting directly under where the drops would fall and  manually prefocused on the button.   I set a backdrop with a teal colored shirt on it and aimed an SB5000 speed light at the background.  I set another SB500 speed light to the right of where the drops would fall and aimed at that space.  These speed lights were controlled wirelessly by the Nikon D5 so there were no extra cords to get in the way so I could set them anywhere.  I set manual focus on the macro lens and manual mode on the D5;  f/11, ISO 200, 1/125 sec. shutter speed and I set both speed lights to minus 2 stops.

With everything ready, I discovered the major flaw in my plan.  I thought the repurposed Sriracha bottle had the perfect nozzle for the task.  It came to a point with a small hole and an outer ring that adjusted the size of the opening, perfect to adjust the drip speed.  But, the bottle didn’t drip on its own even with the spigot open.  I had visions of a perfect 10 drops per second drip rate (something I learned was a good starting point to get the drop on drop effect) but, nothing.  Other things I tried were impossible to adapt to my needs.  So, short of going to the hardware store and finding some gizmo that would turn on and off a drip line, I went with what I had.   In the end, I had to squeeze the bottle which was very imprecise.  And, because the bottle was suspended and held by bungee cords, and not rigidly affixed, the bottle moved every time I squeezed it so the drops fell outside the focus area more than they fell within it.  Because I had my wireless remote trigger which doubles as a trigger for the speed lights, I was able to stand away from the camera and squeeze the bottle while triggering the camera.  Because my fabulous Nikon D5 camera will rip off 12 frames per second, I just held down the trigger and let ‘er rip.  I was surprised to see that the speed lights recycled quickly and didn’t miss a shot.  Only a handful of photographs I took had the magical umbrella look and of those, this was the best.  It looks nothing like the spectacular shot I sought.  But, I now know that this kind of shot is doable.  But, that’s a project for another day. 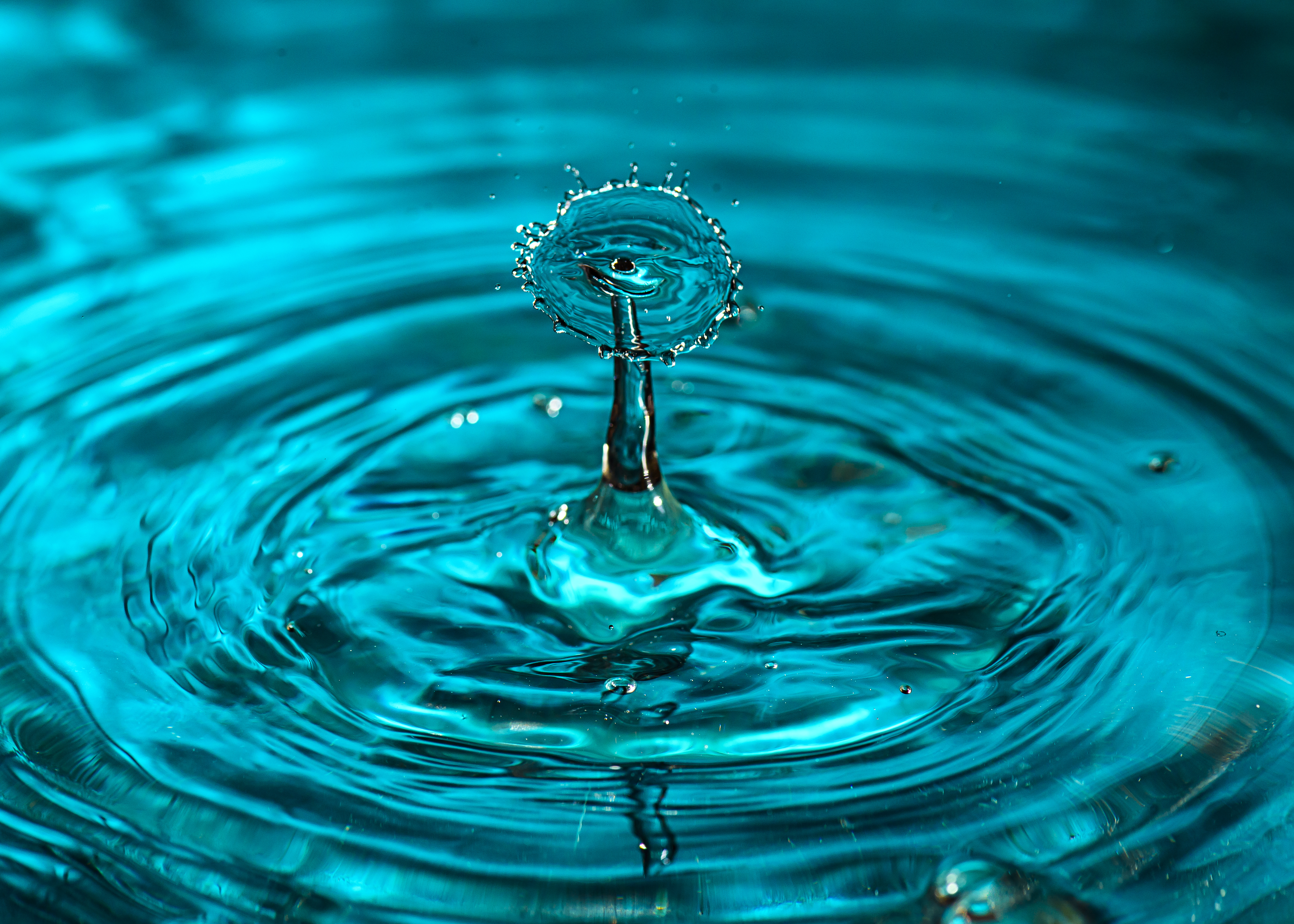