My Nikon D5 has an auto focus setting called 3-D tracking which until today, I hadn’t used.    My Nikon D800 and Df both have the setting as well but  for some reason  it just wasn’t on my radar.  A friend from my camera club sent me a video that tested the D5’s auto focus abilities and, using 3-D tracking, the photographers in the video captured some amazing motocross images.  They suggested that 3-D was also a good auto focus setting for bird photography so I thought I’d give it a try.  I hand held the D5 with the 300mm lens and sat on my patio with a glass of wine (well, it was after 5PM after all) while I listened to the male hummingbird announcing his presence and at the same time his displeasure at my presence near him.  He finally realized I wasn’t leaving so he flew to the feeder.  A tremendous help is that I finally covered  two of the four openings on each of the three feeders so that the hummers would always be in a good position for me to photograph them while they drink.  I have to give credit for this suggestion to my photography buddy Richard who, when he visited in June, commented that I still hadn’t covered the openings.  Well, Richard, now I have, and I must admit, it’s a great suggestion.

I still need to do more test shots with 3-D tracking but so far, I like it.  Here are two of the shots I got while the hummer was feeding.  There is ghosting in the wings because I used flash at 1/16 power and the shutter speed was only 1/80 on one shot and 1/100 on the other one.  In order to freeze a hummingbird’s wings the shutter speed needs to be much faster.  I’ll have to work this but I’m pretty pleased with these shots. 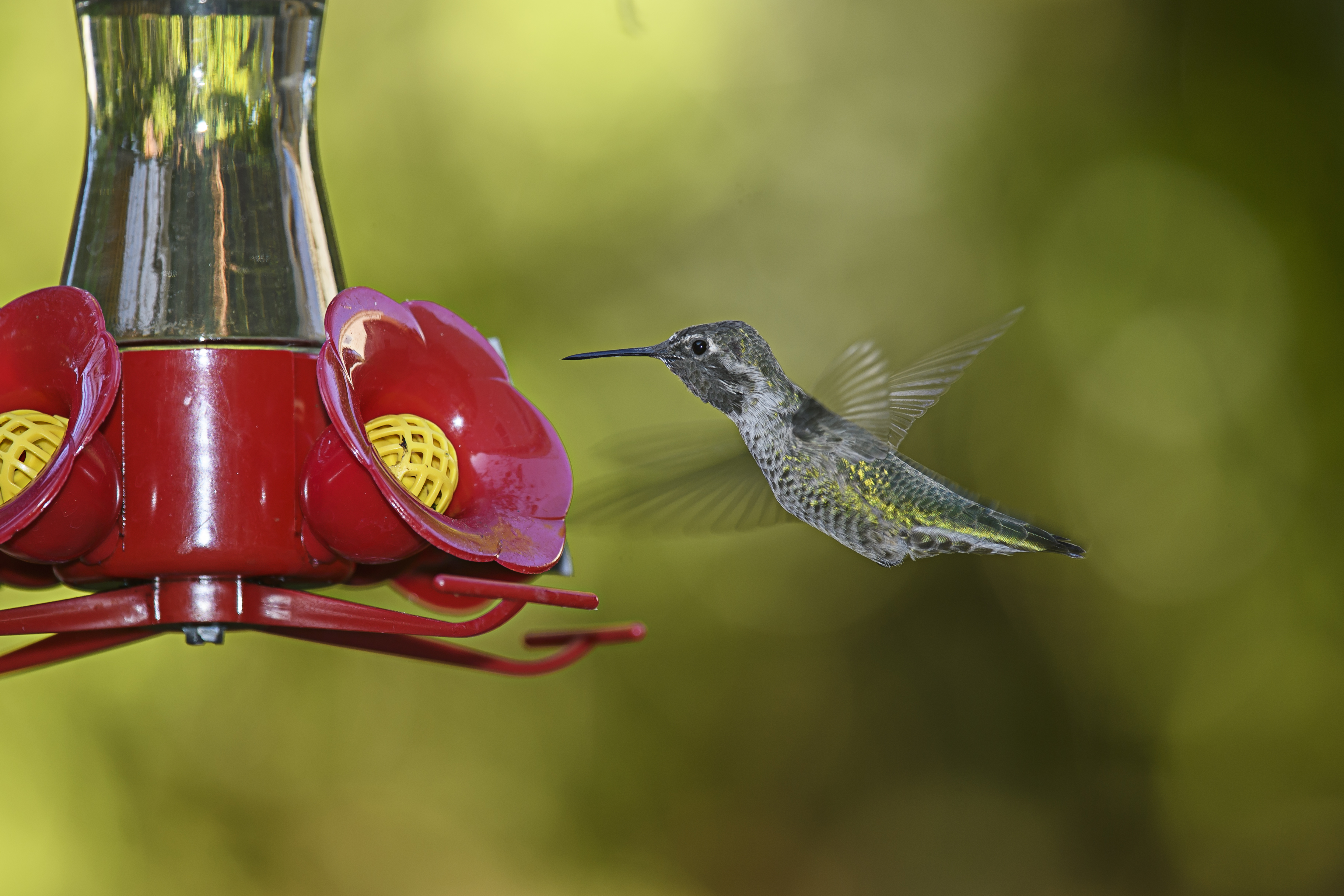