The Australian King Parrot is one of a very few sexually dimorphic parrot species.  In most parrot species, males and females are identical and unless a parrot lays an egg, it is usually impossible to tell the difference.  As a case in point, Red Lored Amazon parrots, like my own parrot, Bobo, are not sexually dimorphic. Both males and females look identical.  For seventeen years, Bobo was a “he.” An illness some months after I adopted her when she  was 17 years old, required DNA testing to establish her sex in order to determine the appropriate treatment.  That test showed that Bobo is a female.  In the case of  Australian King Parrots, there is no question about who is the male and who is the female.  The green headed Kings are male and red headed Kings are female.  They seem to reign in the rainforest.  They are gregarious and playful and not afraid of humans.  In fact, they are so used to humans that they hang around in the hopes of getting fed.  Sometimes we encountered them at the morning feeding frenzy.  Other times, they would follow us as we entered the rain forest and would hang around in the hopes that we might share a tidbit or two.

I took the photograph of the male (green) Australian King Parrot near the morning feeding area.  The female (red)  was deep in the rainforest trying to see if someone had something to feed her. 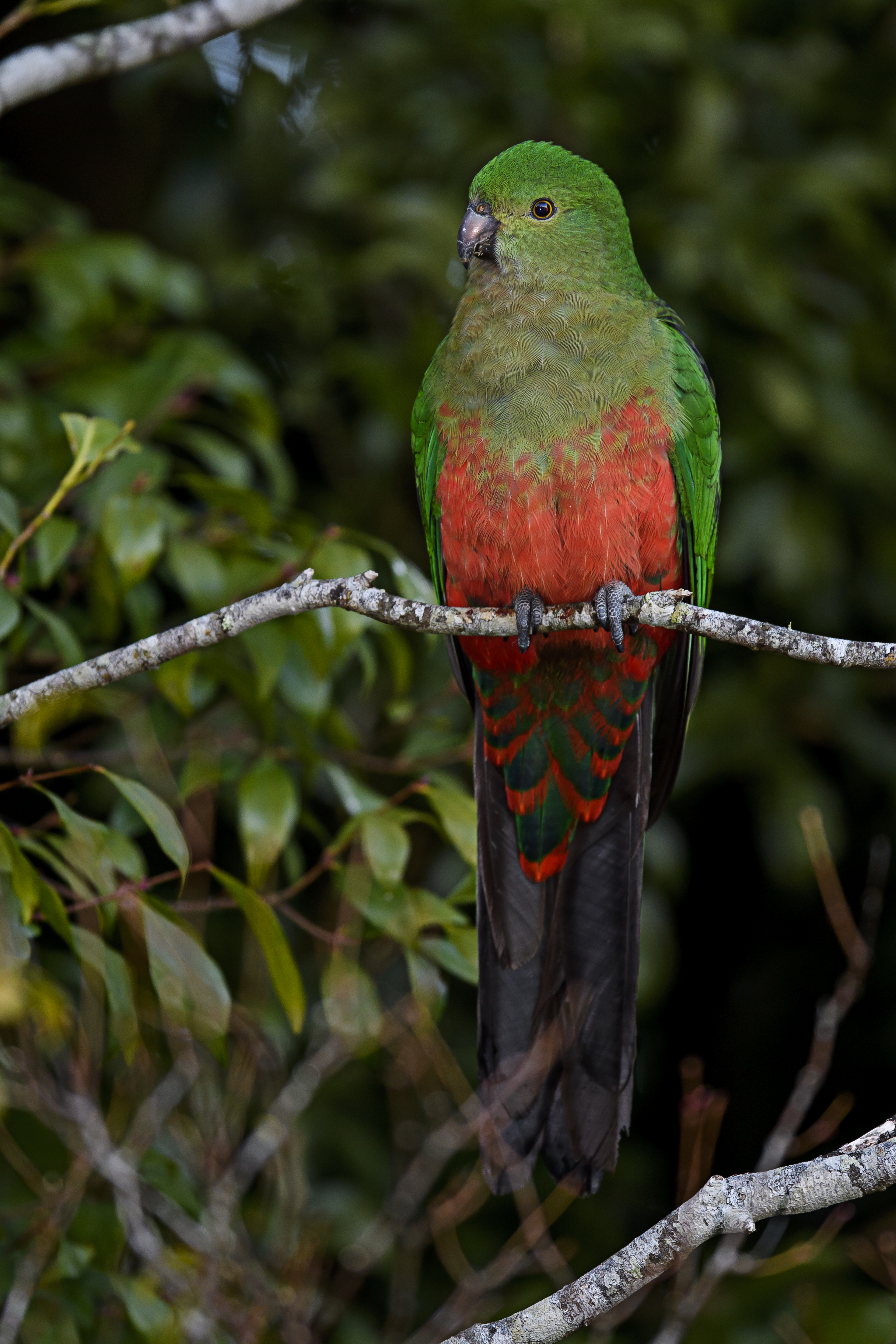 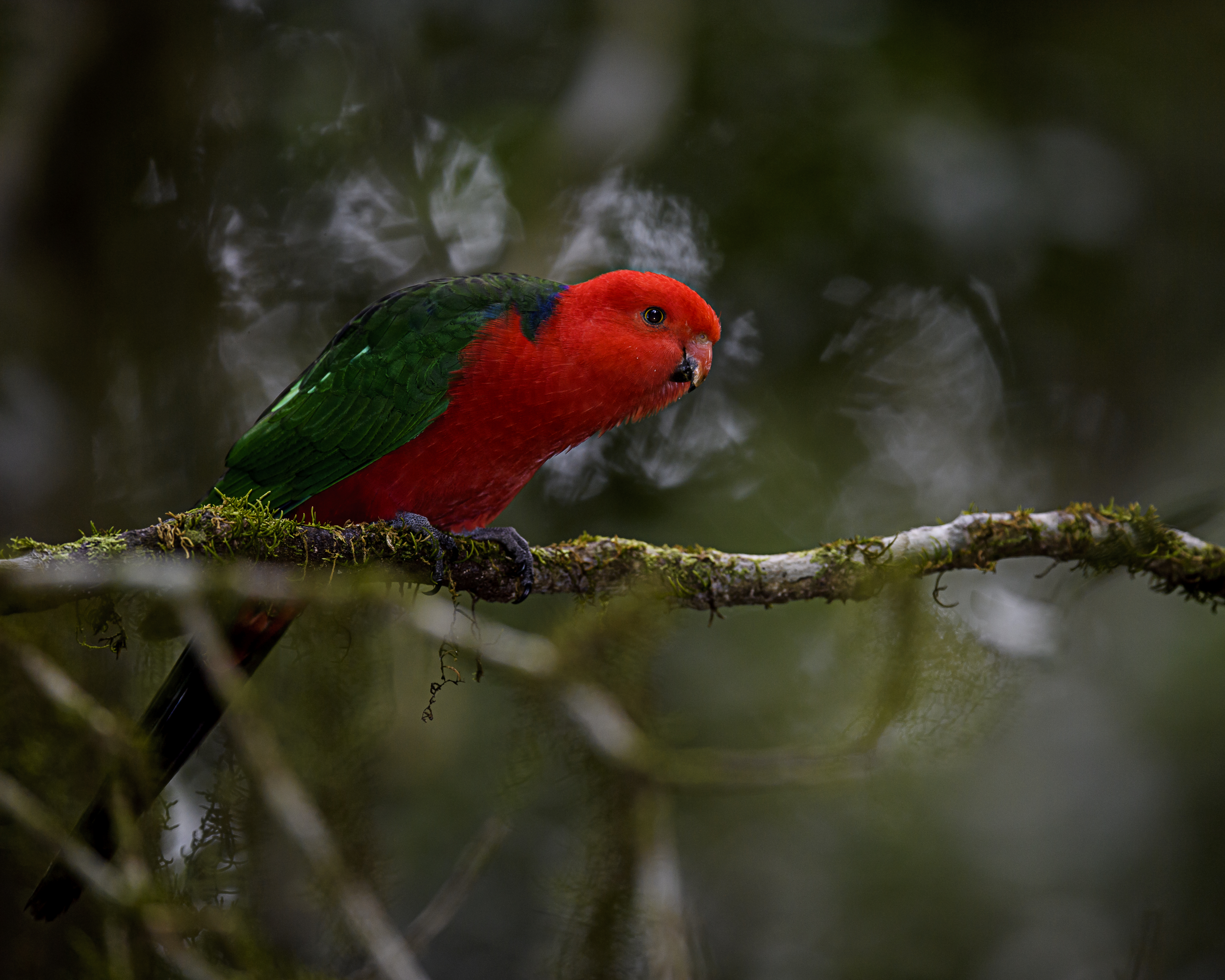