I’m still following a Paleo diet and loving it.  I’ve lost 10 pounds painlessly  and the food is incredibly delicious.  I’ve given up dairy (that means no milk, yogurt, or cheese), grains (so, no bread, oatmeal, rice, or quinoa),  refined sugar, and processed foods.   I’m discovering that many foods I’d never tried now appear regularly in my daily meals and I’m learning to adapt old favorites so that they are Paleo-friendly.  I’m not fanatically Paleo because I still drink an espresso or an Americano every morning and I continue to enjoy a glass or two of red wine every now and then, just not as often as I once did.

When fall comes (it will be here in less than a week) I start to crave homemade soup, especially my favorite, butternut squash soup.  I  have several recipes for it but my all-time favorite is one I learned from a chef at the first cooking class I took about 8 years ago. But, this favorite recipe calls for heavy cream.  I set out to make it Paleo which was not too difficult because the only ingredient I needed to change was the cream.  One of the standbys of Paleo cooking is full fat coconut milk.  I have also recently discovered coconut cream which is a more concentrated version of coconut milk that is like very heavy cream.  I replaced the dairy called for in the recipe with a combination coconut milk and coconut cream.  The soup turned out perfectly.  To serve, I normally put in a dollop of Greek yogurt but that is no longer an option so I made a sour cream substitute using coconut cream, Paleo mayonnaise, and apple cider vinegar.  When I swirled it into the soup bowl I thought the result deserved a photograph.  It looks like marble.  And, the soup, which I consumed after taking a few photographs, was marble-ous! 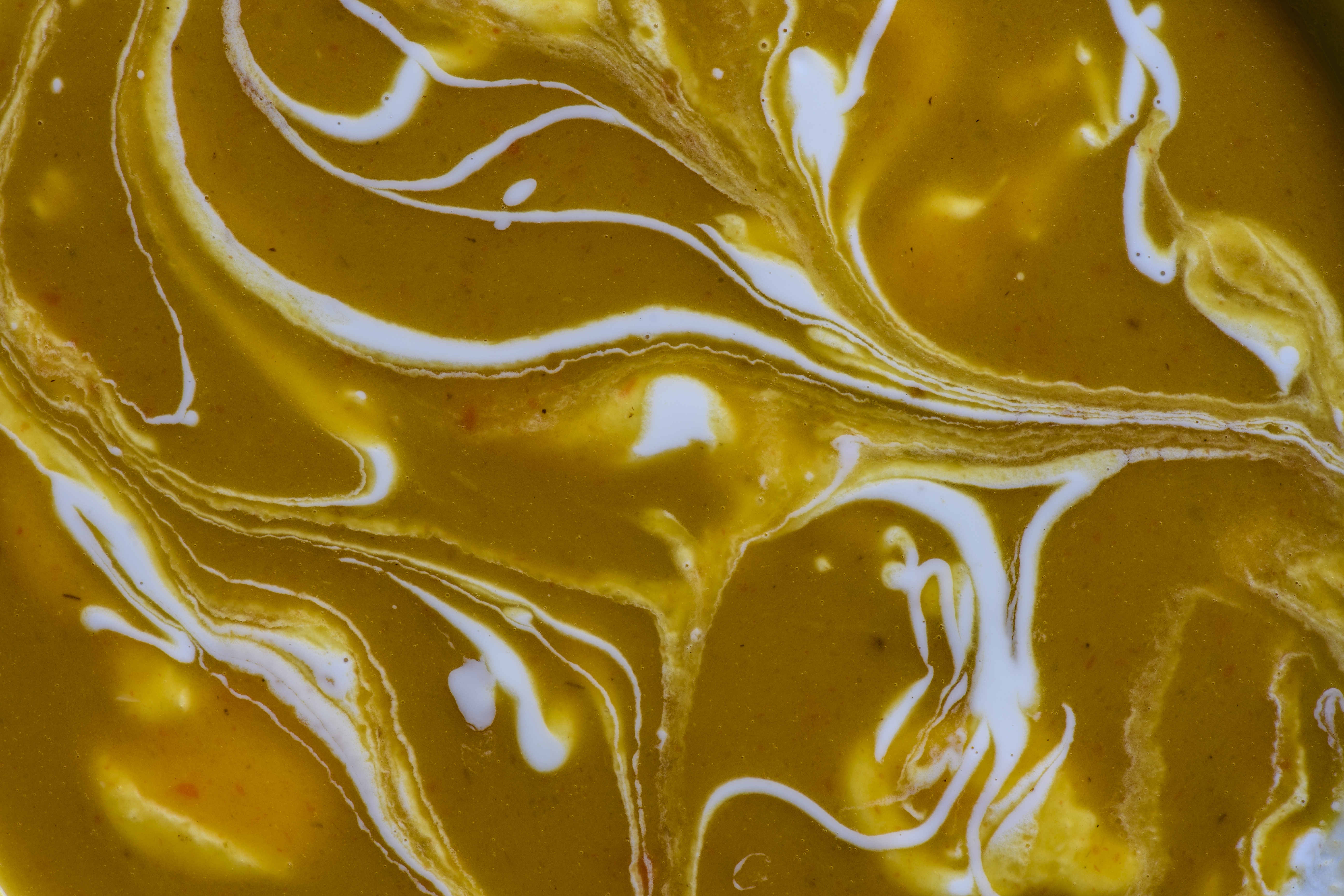