I am afraid of heights.  For as long as I can remember, the thought of climbing a ladder or step stool,  clamoring up a tree, or approaching the edge of a  cliff have all caused me to shudder with anxiety.   My photography buddy, Richard, is also afraid of heights and I think his acrophobia is even more severe than mine.  So, it was a ridiculous notion to think that either one of us would even consider “The Bridge Climb” let alone go though with it.  But, go through with it, we did!  Along with a group of 12 other similarly acrophobic tourists, we braved the cool temperatures, impending rain, and ridiculous and scary heights to climb to the summit of the Sydney Harbor Bridge in Sydney, Australia on Monday afternoon.  Built in 1932, the bridge rises the equivalent of one and a half football fields above the water.  We walked up and down 1337 stair steps (some were steep ladders) and traveled close to a thousand feet in horizontal distance over a six lane roadway and two train tracks.  A train screamed by me  with a deafening roar as I descended one of the ladders.  We were dressed in special body suits and equipped with fleece jackets and rain slickers, both of which we had to don during the walk due to the chilly temperatures and the rain that began to pelt us.  We were given radios, hats, and handkerchiefs and we hooked onto a continuous cable that kept us from pitching off the bridge.

The climb turned out to be exhilarating, exciting, heart-pumping, and just plain fun.  We were both so happy that we decided to go through with the three hour adventure, and, I think it helped to conquer, or at least temporarily alleviate, our fear of heights.  We weren’t allowed to carry anything with us.  I had to lock up my camera and remove my earrings, but Harry, our guide, obligingly photographed us at various stages of the walk.

Below is a photograph I took of the structure afterwards when we took a ferry across the harbor to a place called Manly.  We climbed from the granite supports at the left of the photograph, up across the top of the structure to the center, walked across to the other side and descended back to where we started. 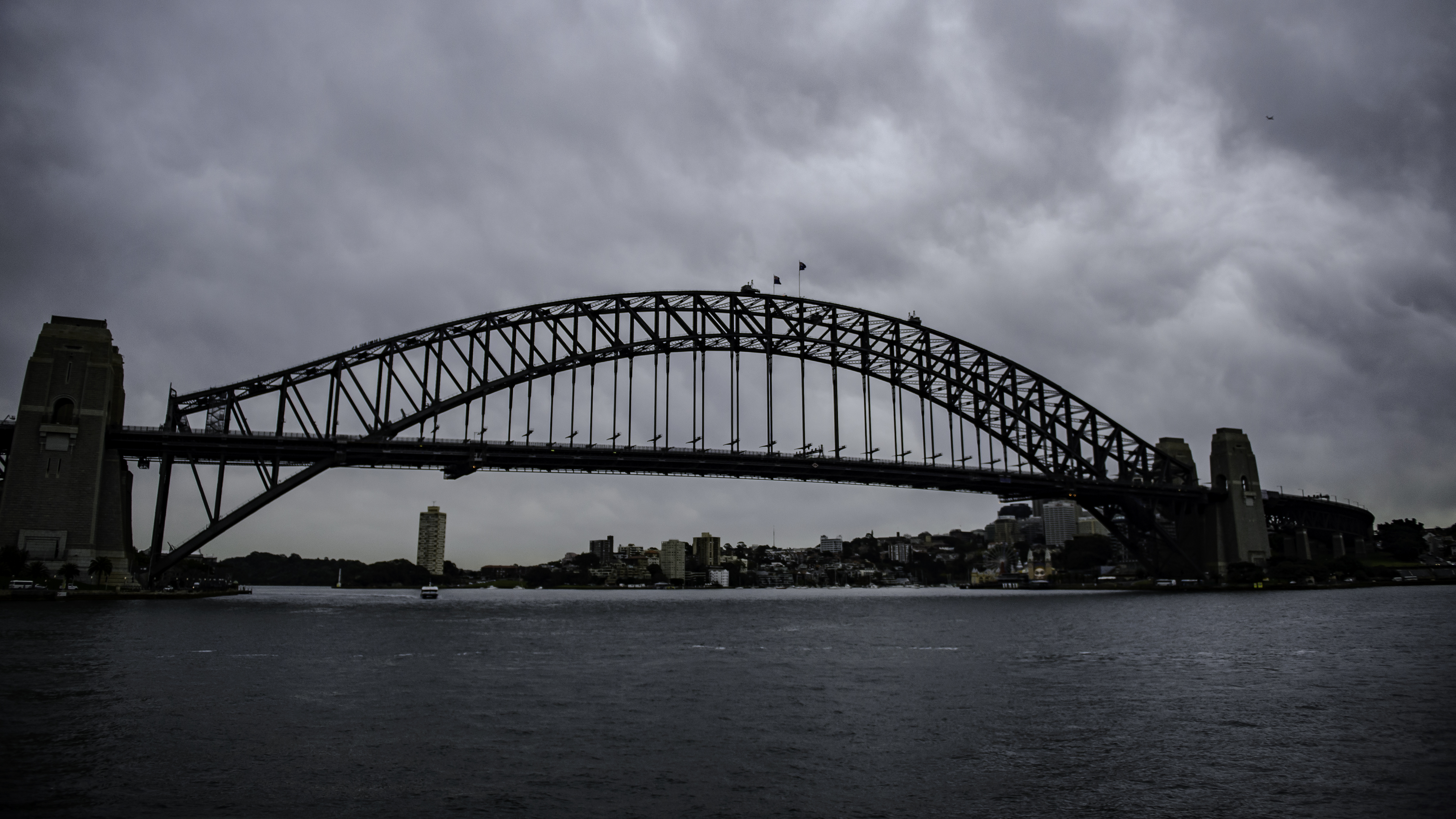 This is Richard and me about halfway up the structure. 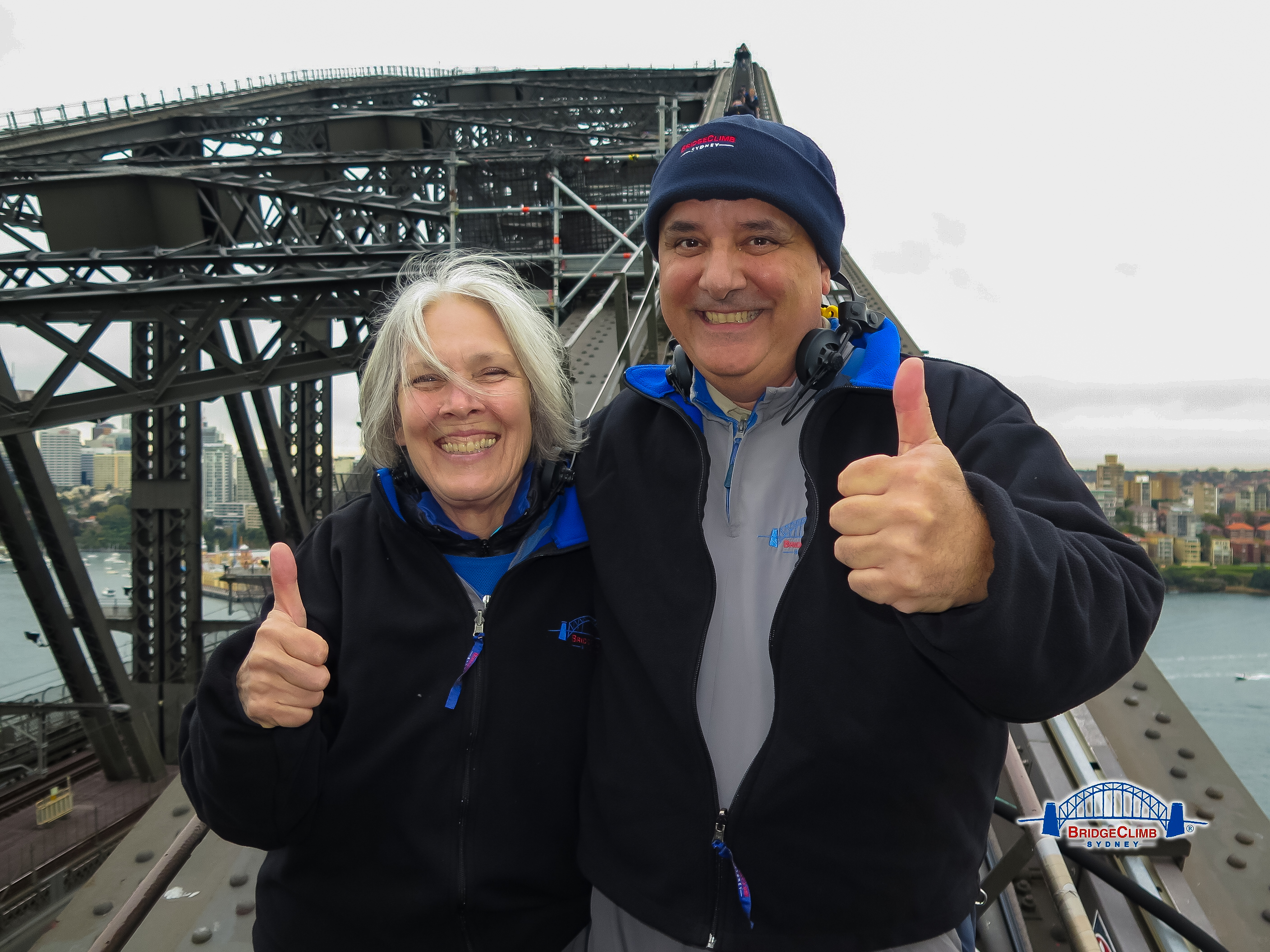 And, here I am almost to the top with the iconic Sydney Opera House in the background. 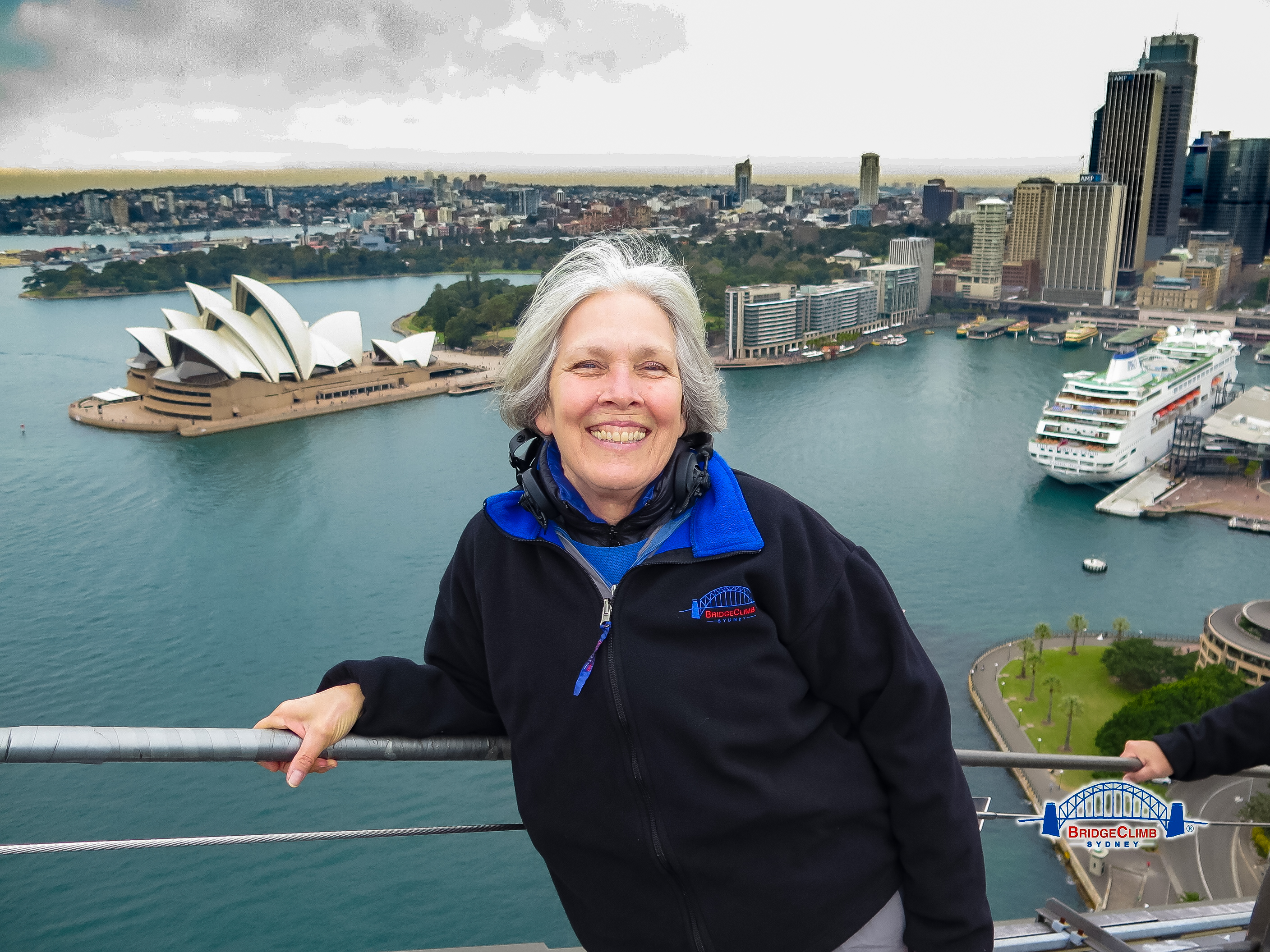 At the center span, I’m giving a victorious thumbs up after reaching the pinnacle of the bridge.  The attachment strap and the cable to which it was hooked are both visible. 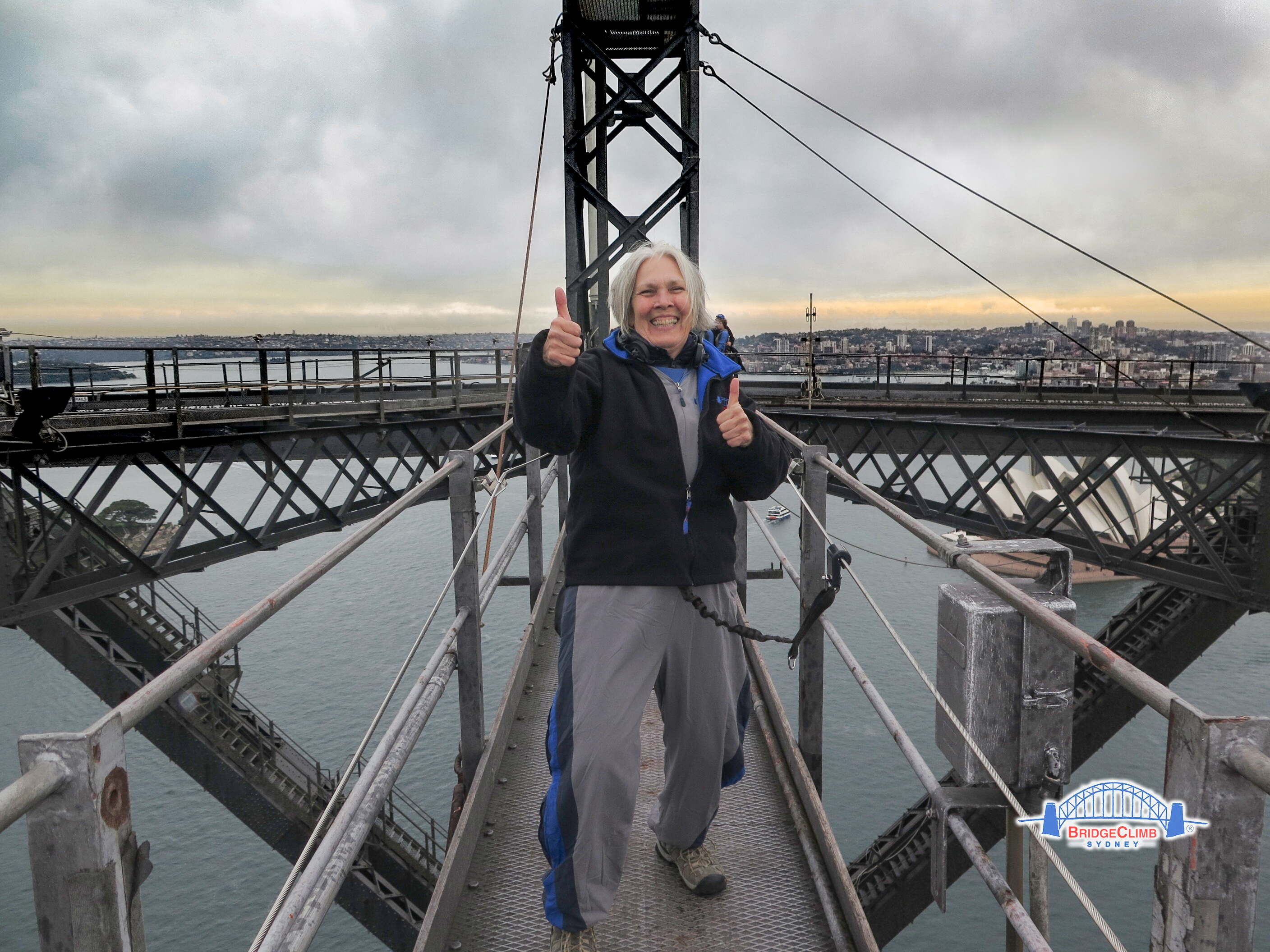