One of the many challenges I faced at the Alaska Chilkat Bald Eagle Preserve was capturing the entire eagle in the frame as it landed.  The eagles tended to congregate far across the river behind a snowbank and, as they landed, part or all of their bodies disappeared.

The first shot is one of the better focused shots that I got of an eagle landing, talons extended, before its legs disappeared behind the snowbank.    I love the look of this eagle, but  I don’t like its position in the frame.  Because the eagle is at the extreme left of the shot, it seems to be jumping out of the frame so I cropped it to an 8 X 10 format to eliminate a little of the excess negative space.  On the other hand, it does become a little mysterious—just what is the eagle leaping at?

The second shot is framed better so I didn’t crop it at all.  And, the eagle was at a place that I could see its entire body as it landed.  I just wish a bit more of its head showed but at least, the part of the eye that is visible is in focus. 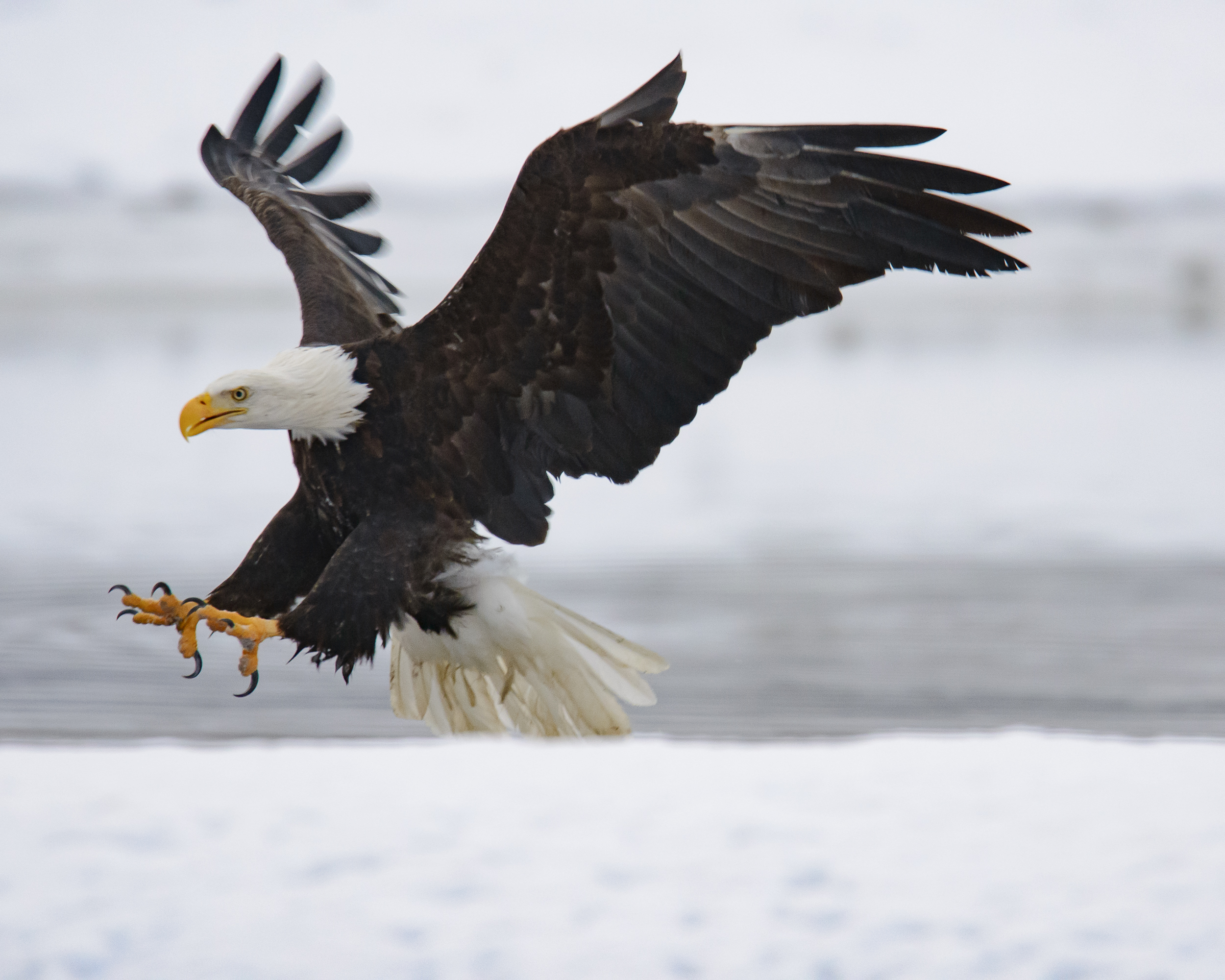 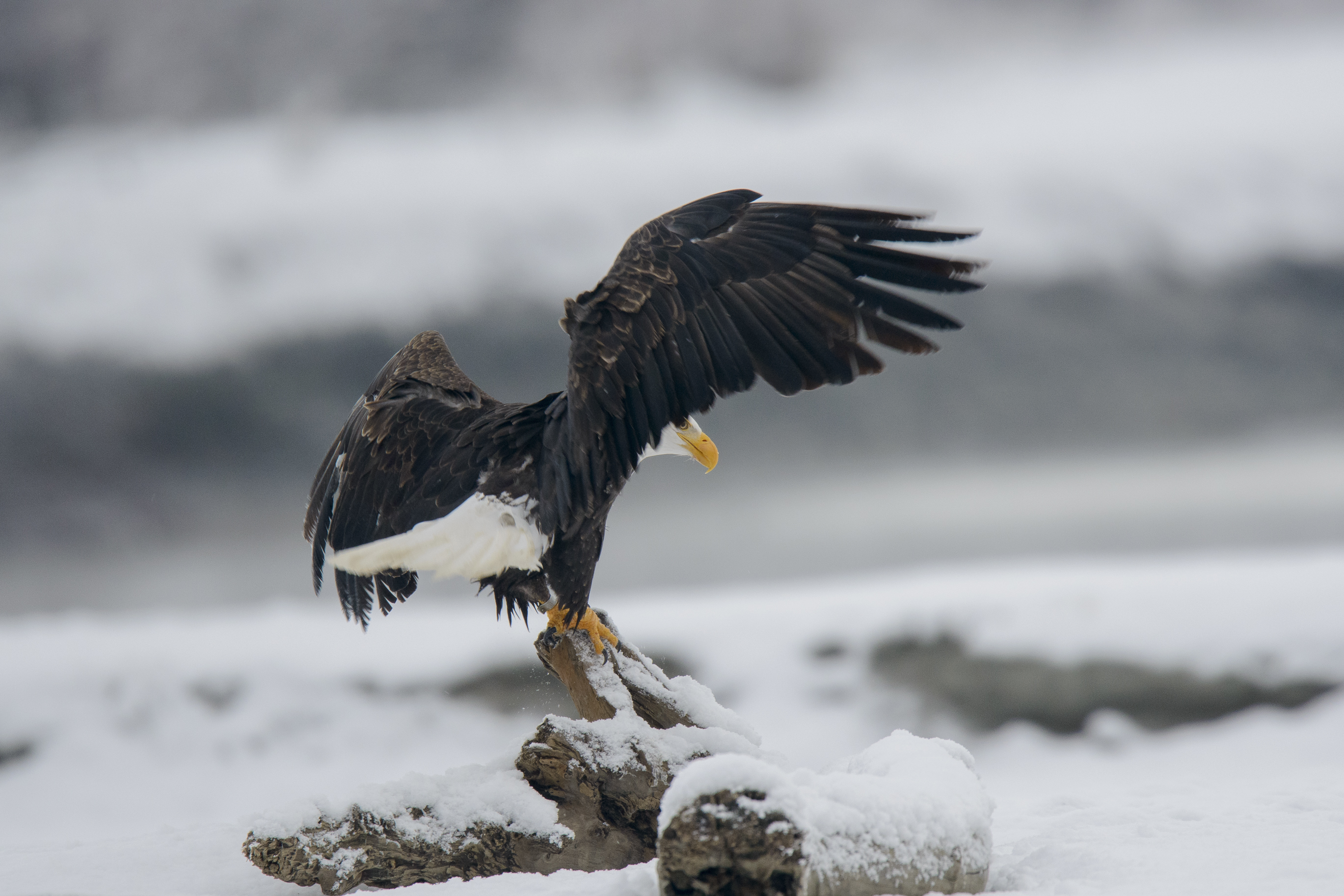