ON Wednesday we visited Kroschel Wildlife Center outside of Haines, AK and Steve Kroschel put his magnificent menagerie of Alaskan wildlife on display for us.  I posted some photos of the lynx here.

The wolverine was almost impossible to photograph.  It didn’t stay still for one second.  To make things more difficult,  we were sprawled awkwardly in the snow with our lenses poked through low holes in the fence, ever vigilant so we could withdraw the lenses quickly should the wolverine suddenly grab one of the lenses or worse yet, poke its snout or paw through the opening.  The wolverine seemed to enjoy playing with Steve in the snow but it also was quite aggressive with him.  I’m not sure if all of his grimaces were for show or if he really did suffer from bites to unmentionable parts of his anatomy.

When Steve suggested he return the wolverine to its enclosure and that we move on to photograph another of his creatures, he told me he’d put on a display with the wolverine and my 600mm lens standing nearby, promising that he would not let the wolverine cause any damage.  I wasn’t really thinking when I agreed to it and fortunately all went as planned, since there was about $20,000 in equipment at risk.  It was only afterward that I got concerned, when Steve told Richard he would hold his camera so he could get something from his camera bag.  Steve suddenly  seemed to be juggling the camera and almost dropped it, taking a half dozen shots in the process.  Richard immediately regained possession of his equipment and none of us let Steve touch our gear after that.  I had planned to Photoshop out the wolverine’s leash and collar, but decided the photograph really spoke for itself.  No damage was done to the fabric collar of my 600mm lens.  Steve held the leash taut and kept the animal from inflicting damage although it seemed to really want to take a bite out of it. 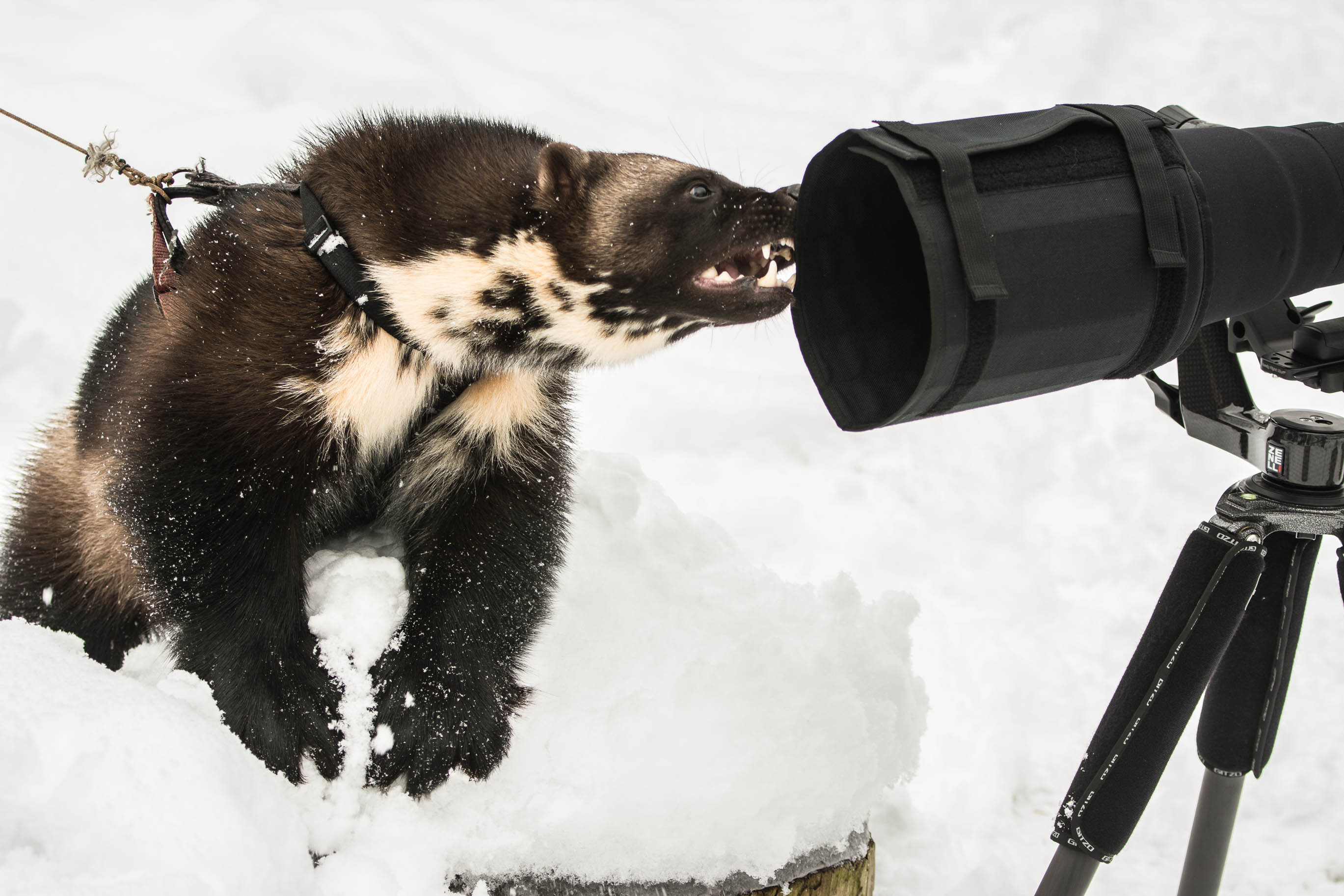