Richard, Eric, and I arrived in Haines  midday Sunday after a 5 hour ferry ride from Juneau.  On the ferry, we dozed,  ate breakfast, and ventured outside only to be driven back inside by cold, fierce winds.  It was mid afternoon by the time we got settled into our accommodations  so when we drove to the Alaska Chilkat Bald Eagle Preserve, an Alaska State Park with viewing areas alongside the highway, the sun was within an hour of setting.  We were concerned at first because as we drove up the highway, we saw no eagles until we got closer to the viewing areas.  We were relieved that the eagles started to appear in trees and on the ice.   We pulled into the viewing area  and set up our cameras near the water’s edge.  We considered this first afternoon more of a dry run, not expecting to get many good shots.  The dim light is challenging.  None of what I captured on this first day in Haines is what I consider decent.  The exposure is marginal and the focus not at all tack sharp.  I have several days to get it right.  I’m hoping I will get at least a few good photographs by the end of the trip.  I captured a few shots of some perching eagles and the struggle of a  young bald eagle trying to extricate something to eat imbedded in the ice. 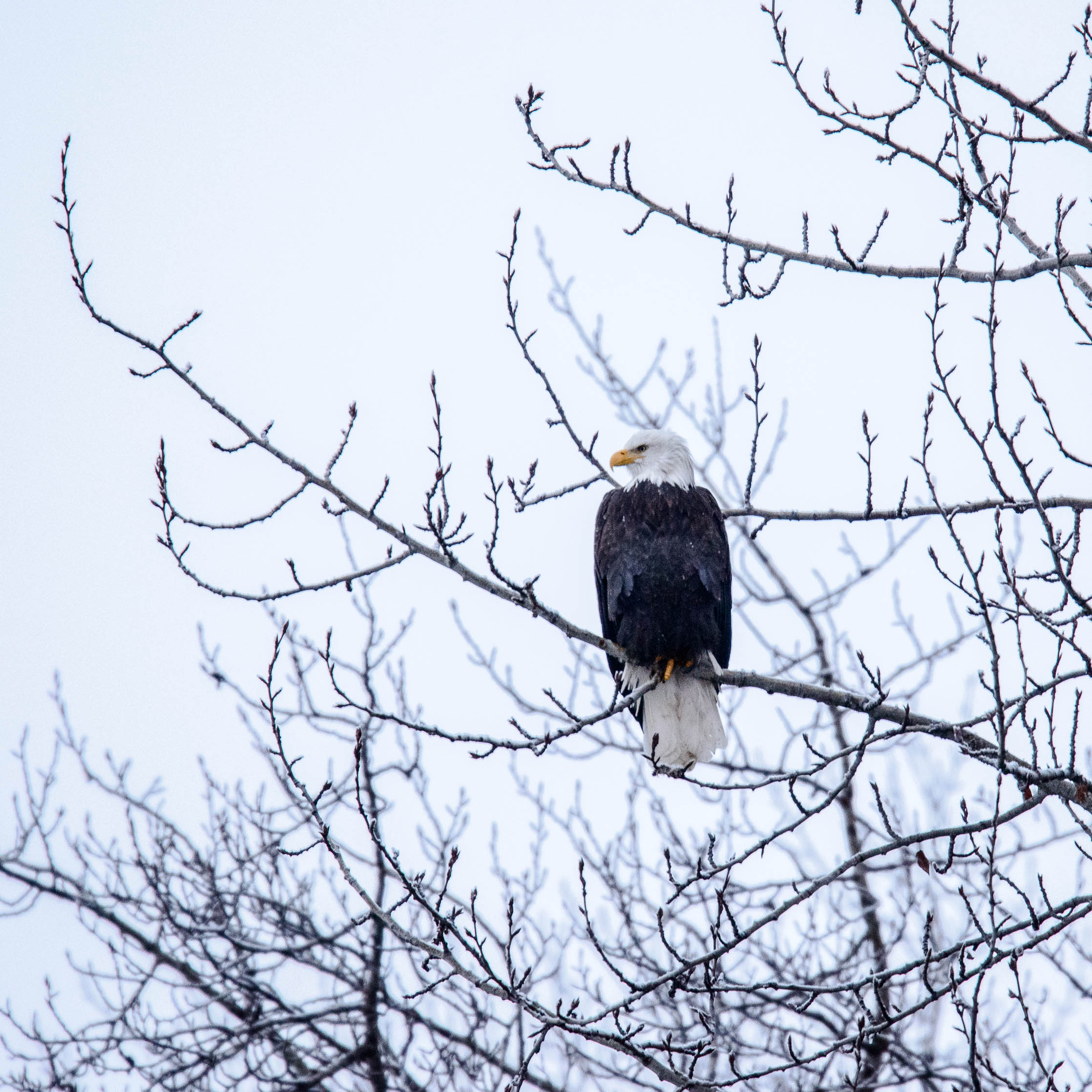 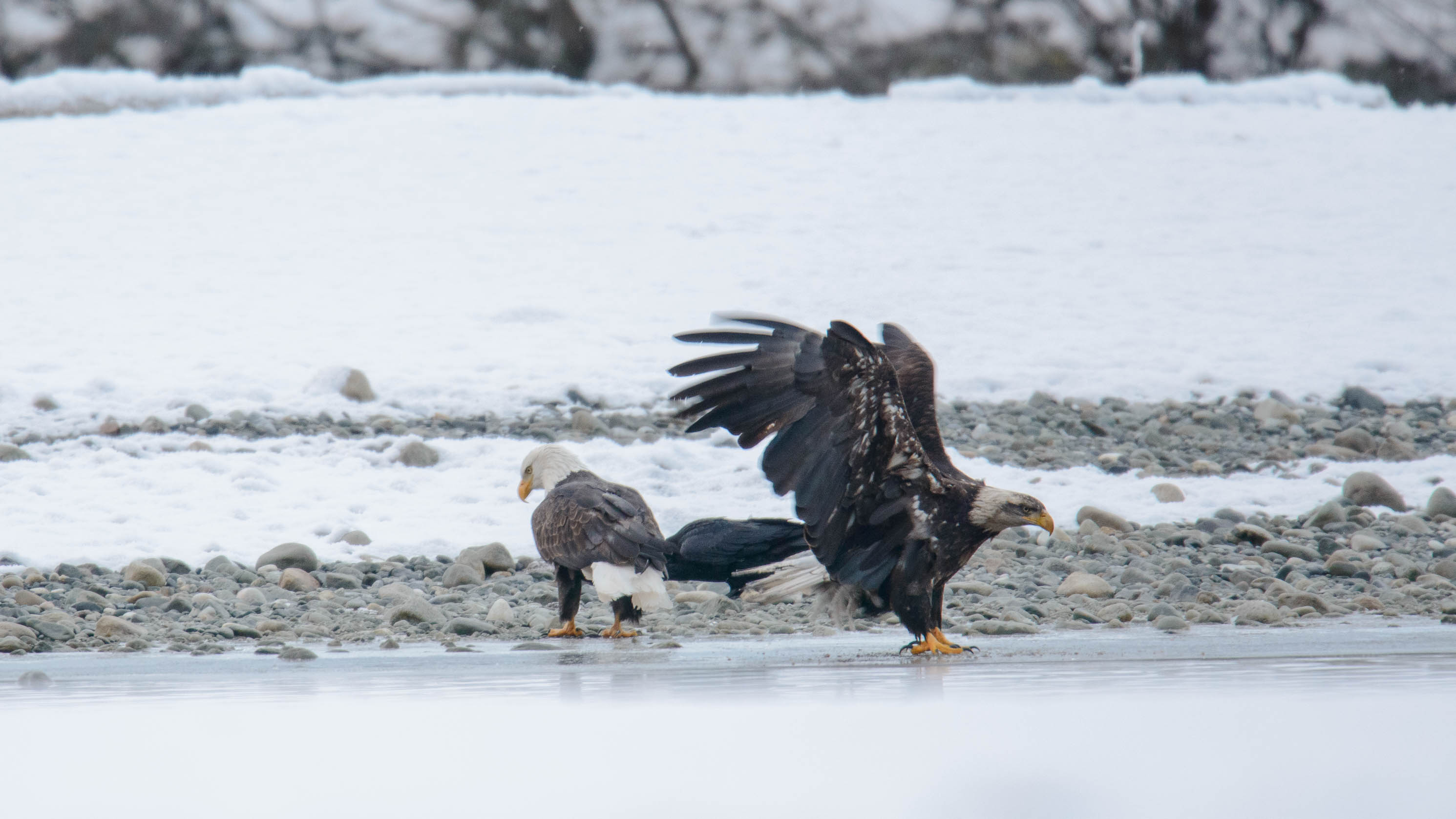 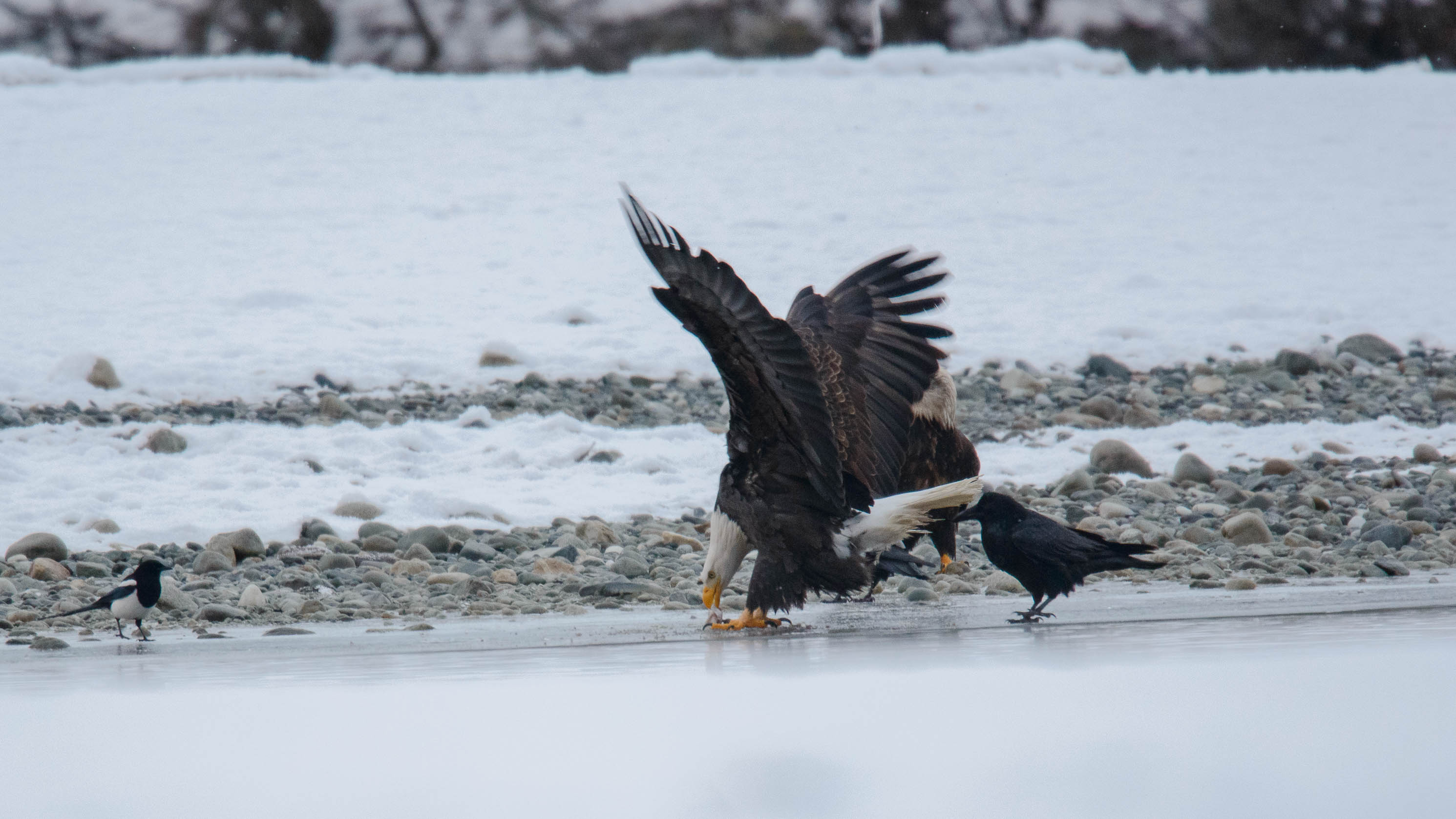 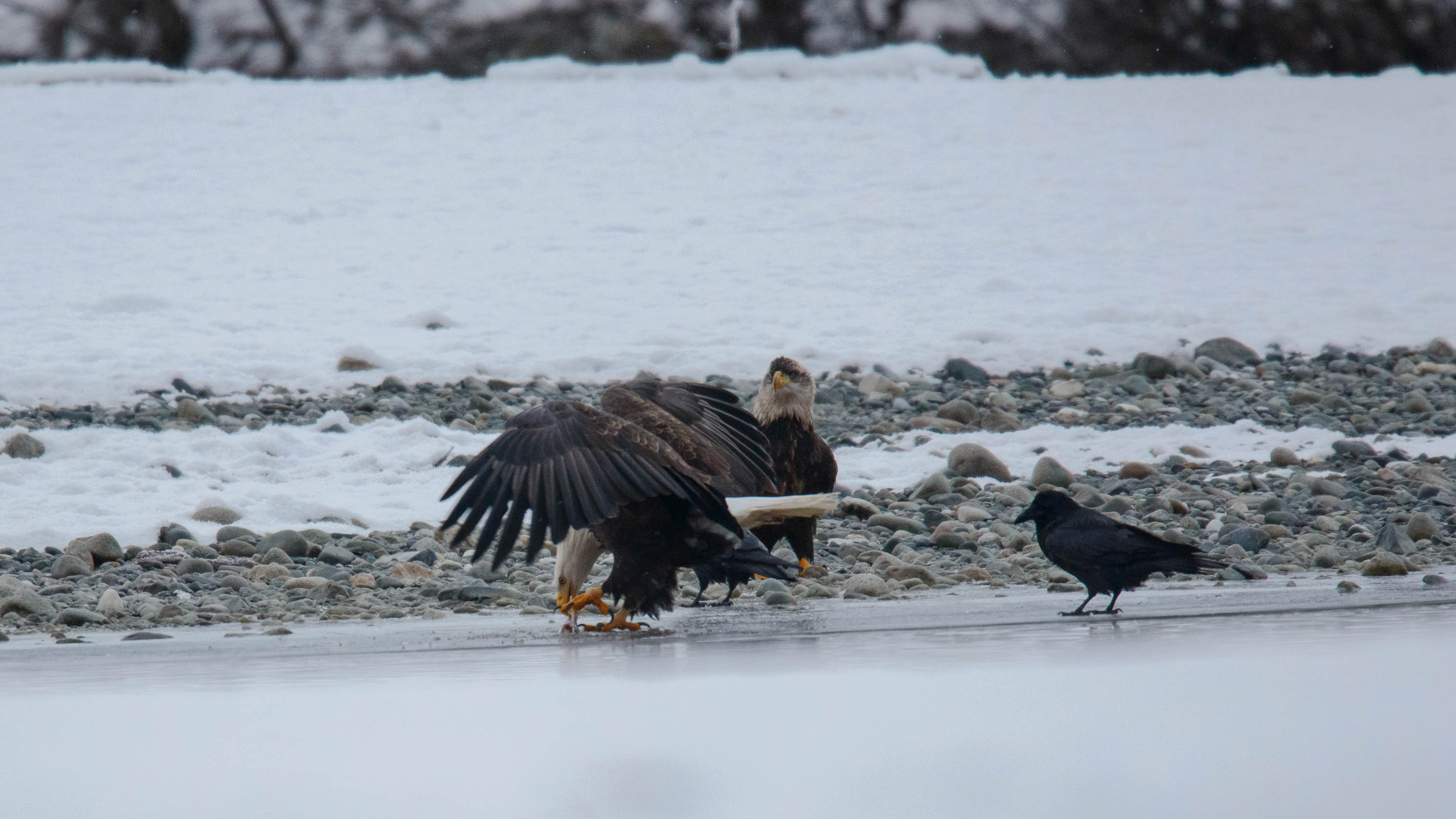