We were standing on the Marina in San Francisco, looking out at Alcatraz, and suddenly, a wooden rowboat came into view with a single occupant, deftly handling the oars and skimming over the water. In the stern was a length of rope perfectly coiled. I took some photos with Alcatraz in the background and a couple shots with the Golden Gate Bridge. When I downloaded the photos, I noticed some writing on the inside of the boat’s stern near the coiled rope. The carved letters read: KUPUNA and underneath, Peter Butler. Of course I Googled and discovered that the Kupuna, a 14-foot Whitehall Dory, was handbuilt by Peter Butler in the San Francisco Dolphin Club’s boatshop and donated to the club in 2006, the year before he died. The Dolphin Club, a San Francisco athletic club, is located in Aquatic Park just a short distance from where we were standing so I presume the Kupuna and its rower were heading there. I had decided to call this blog post “Escape From Alcatraz” before I read that the Dolphin Club holds an annual “Escape From Alcatraz” triathlon. 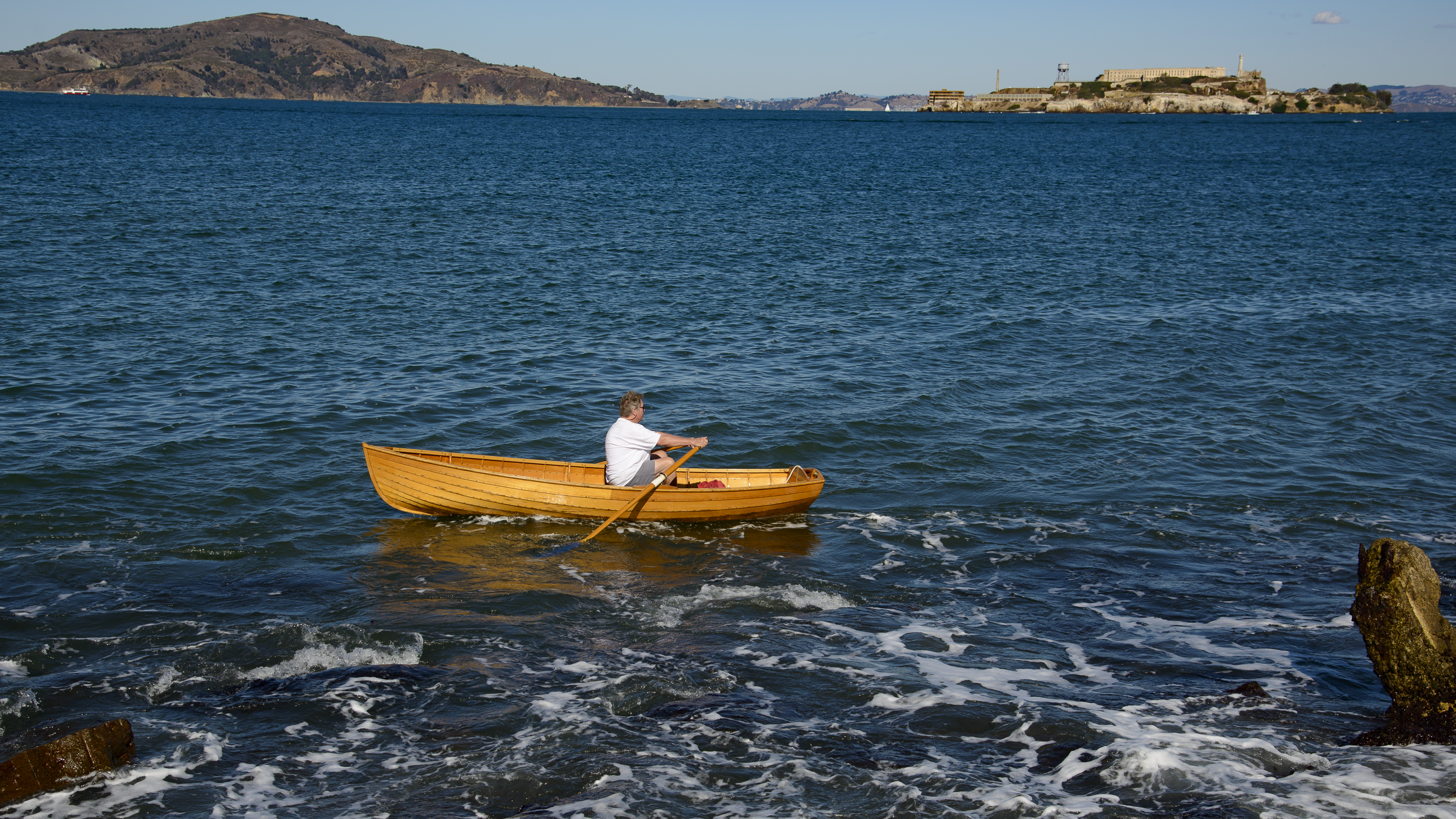 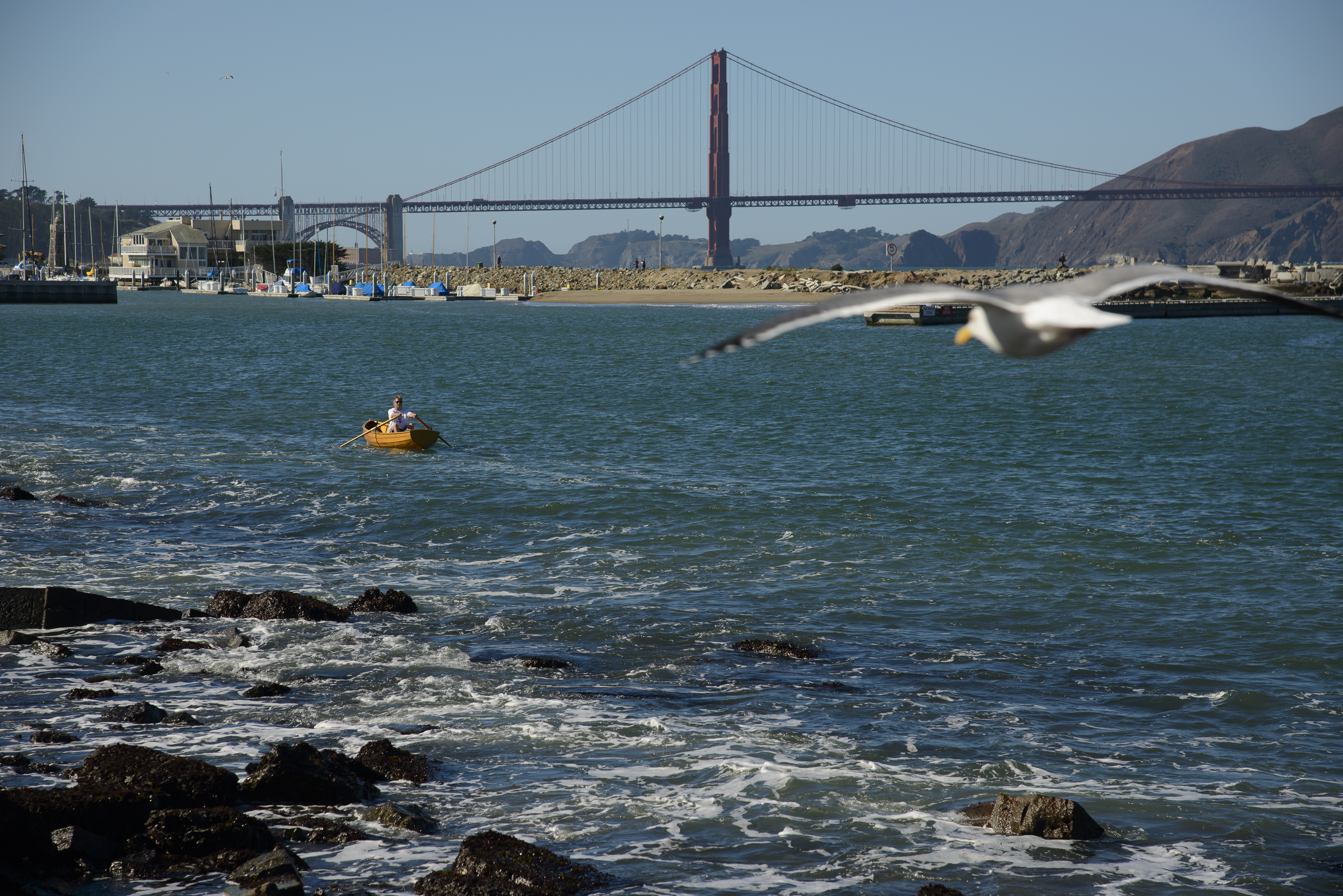 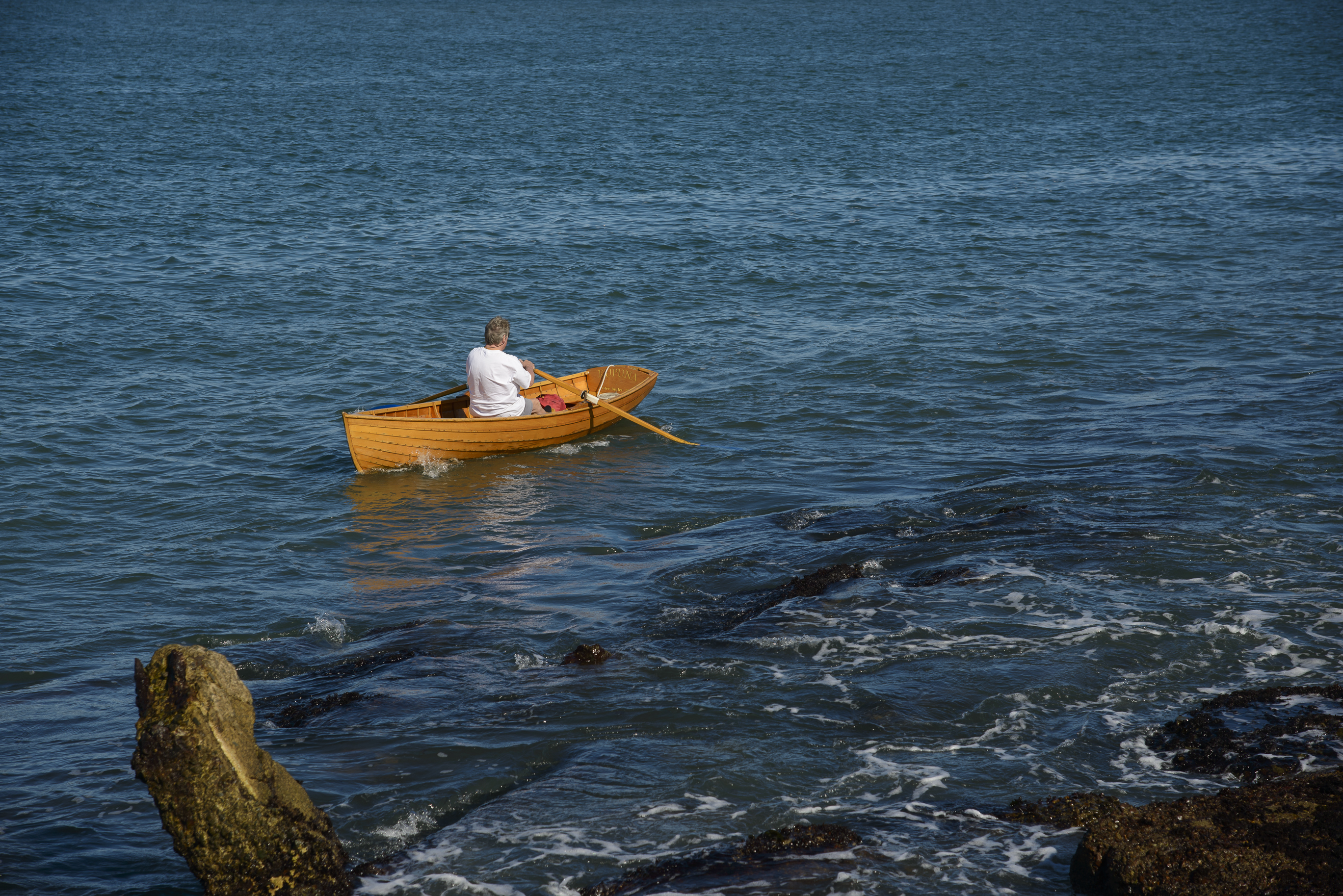