I didn’t think I could top my lightning photographs from Sunday evening but the Arizona Monsoon Gods have been good to me. Lonnie, Melinda, and I drove to Sedona Monday afternoon to wander through shops, have dinner, and find a good spot to view the sunset. The clouds promised a spectacular sunset. During dinner, eating on the patio of El Rincon in Sedona, the winds were literally blowing up a storm. We wondered if the weather would be too stormy for photography. Lonnie has become our photography muse and as Melinda and I finished eating our fajita salads, Lonnie was immersed in his iPhone. It turned out he wasn’t being rude; he was searching for the best sunset views in Sedona. And, he found a good one.

We drove to the Airport Scenic Overlook with views of Coffee Pot Rock, Sugar Loaf, Thunder Mountain, Chimney Rock, and Cockscomb. We parked in the lot across the street and joined the twenty or so other visitors lined up waiting for the sun to set. Melinda and I were the only photographers using cameras and tripods. Everyone else had a phone or a tablet so we were viewed as real “photographers” and they stepped aside when we approached the edge of the lookout to set up.

It was raining in the distance and I wanted to capture the entire scene with the dramatic clouds and the rain over the distant rock formations. As I looked at the rain I marveled at the dark core in the center of the downpour. As we watched, Lonnie and I discussed whether it might be a tornado. After viewing the sequence of photos ——I took 17 in about a 6 minute period—— we both believed we had witnessed a tornado.

I have no idea if what we witnessed really was a tornado but it sure looks like one to me. What makes this event doubly exciting for me is that next April I’ll be joining Moose Peterson on a storm chasing expedition during peak tornado season in the Central Plains so this is a little practice for me.

In the first shot it is about to touch down, in the second, it touches the rock formations, in the third it lifts off, and in the last, it dissipates. The rain is swirling at the right of the dark area. 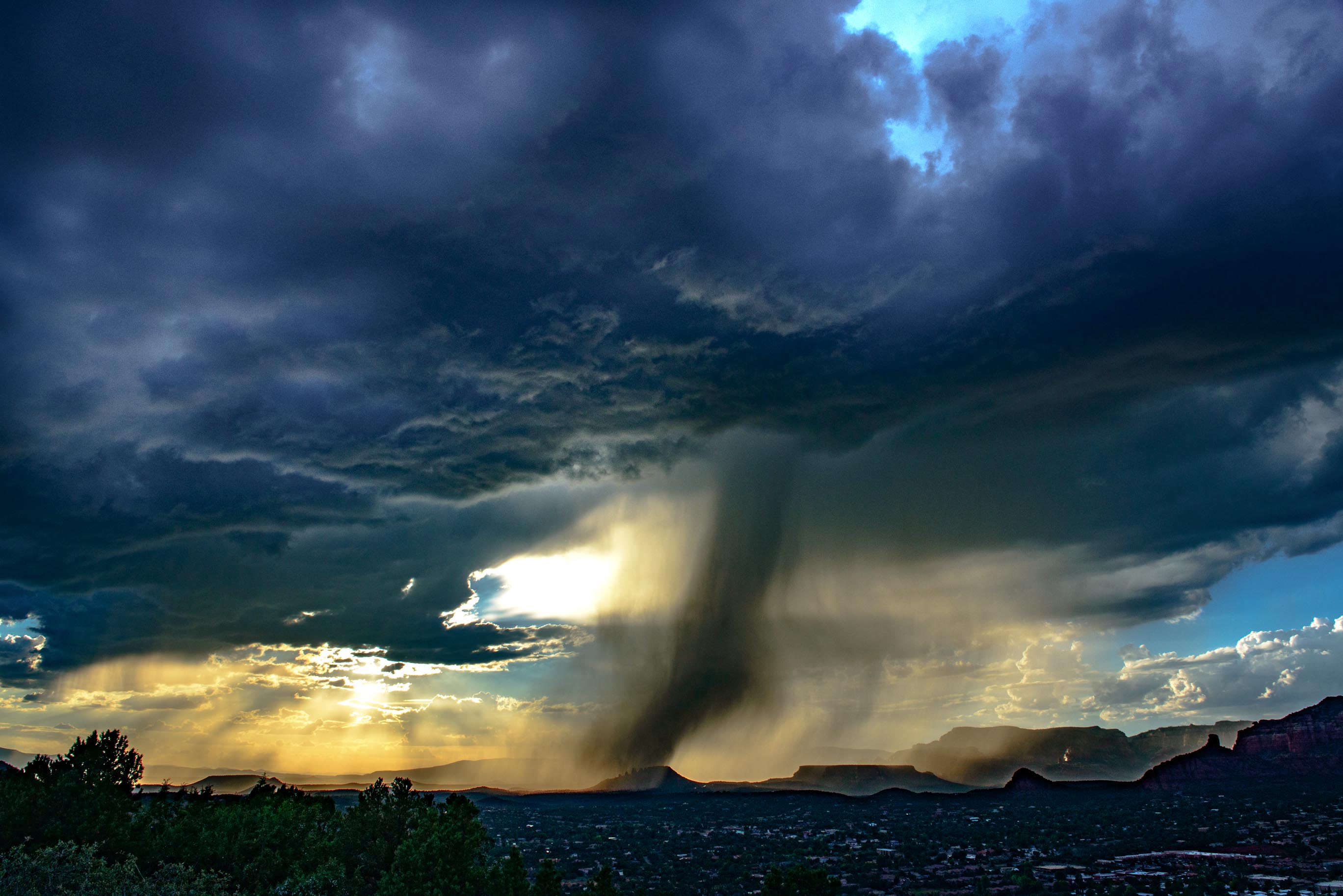 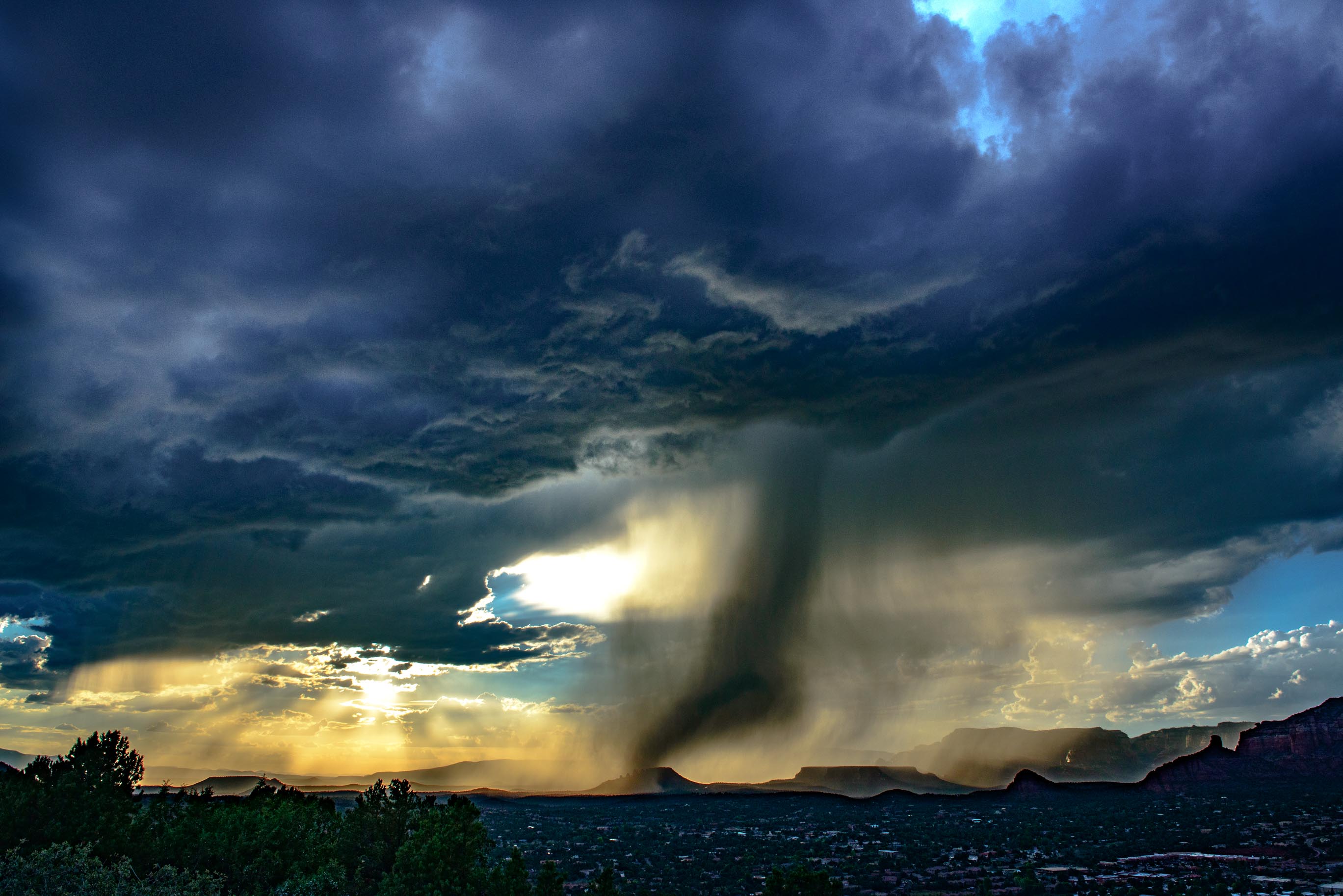 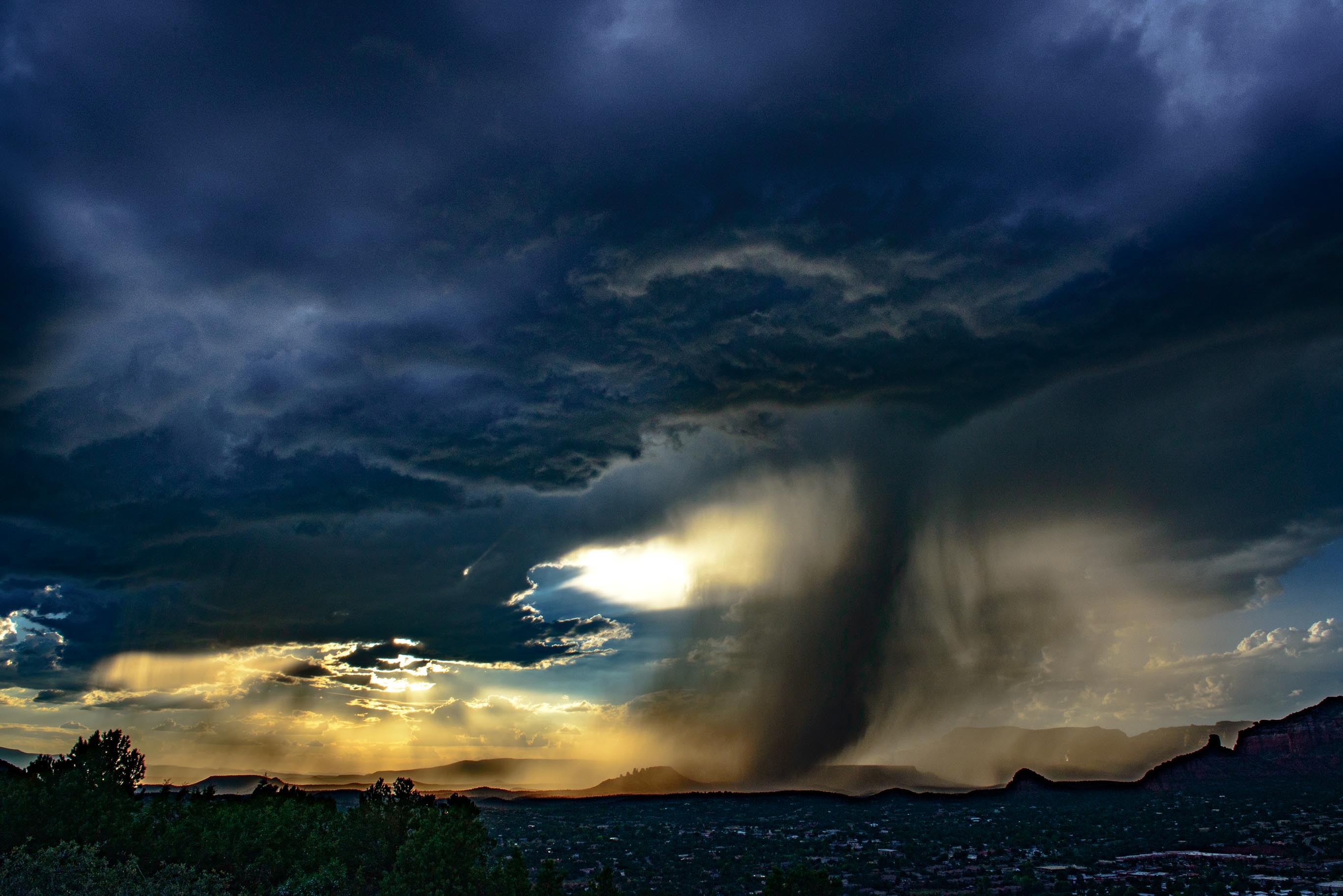 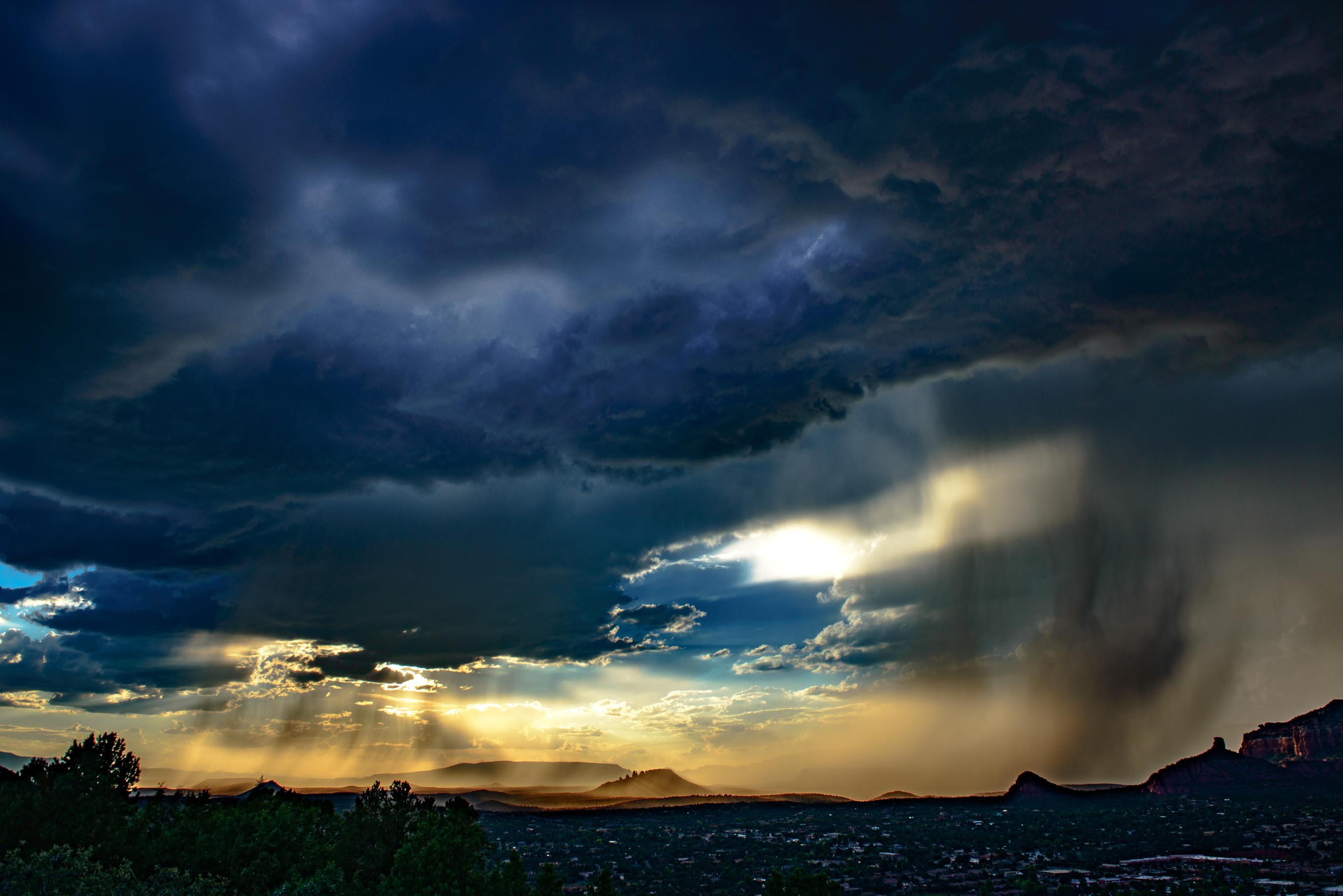