The Sunday evening Arizona sky was dramatic with clouds and a full moon and stars so I went out to see if I could capture anything of interest. Lightning flashed behind the clouds in the distance illuminating their edges from behind but there were no lightning bolts. I tried to determine what settings I needed to use to capture dramatically lit clouds. I set my camera on manual mode and alternated between ISOs of 800 and 1000 and apertures of f/10 and f/11. I set the shutter to bulb and held it open for several seconds hoping for a random flash of lightning. I caught a few dramatically lit clouds but no lightening bolts. When the storm started to move away, Lonnie suggested I move my camera and tripod to the back yard where the storm clouds were rising ominously. The first visible lightning bolt flashed across the sky while I was between shutter releases. Finally, I held the shutter open and a flash of lightning appeared behind the tree on the hill in the backyard. When I realized I had actually captured a lightning flash I shrieked in astonishment. Lonnie and Melinda raced over to see what I’d captured and we all whooped and hollered in excitement for a few seconds. Then I returned to the business of trying to anticipate a lightning flash. The storm continued for about 15 more minutes and I managed to successfully photograph a number of lightning flashes.  I am thrilled with my first lightning photographs. 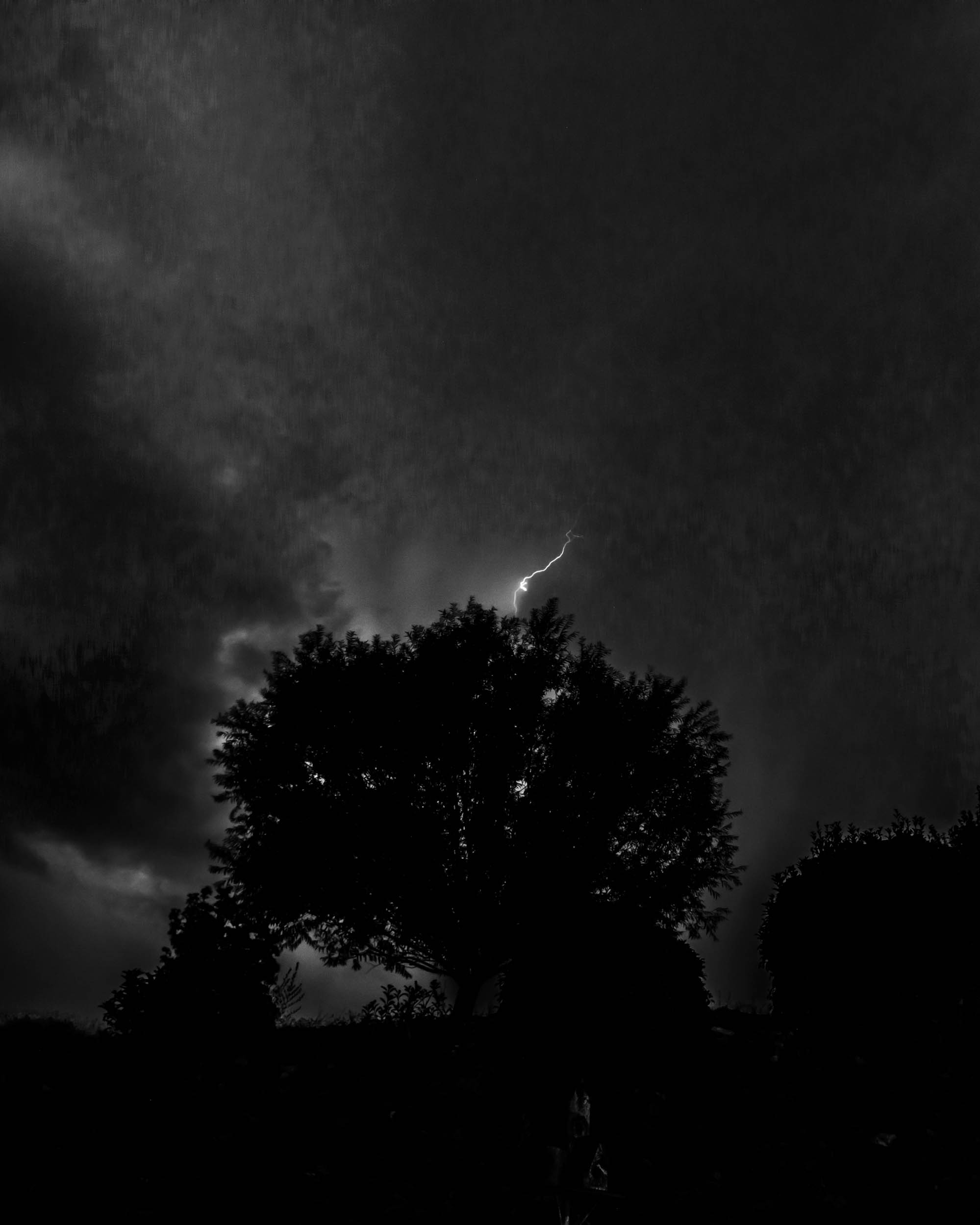 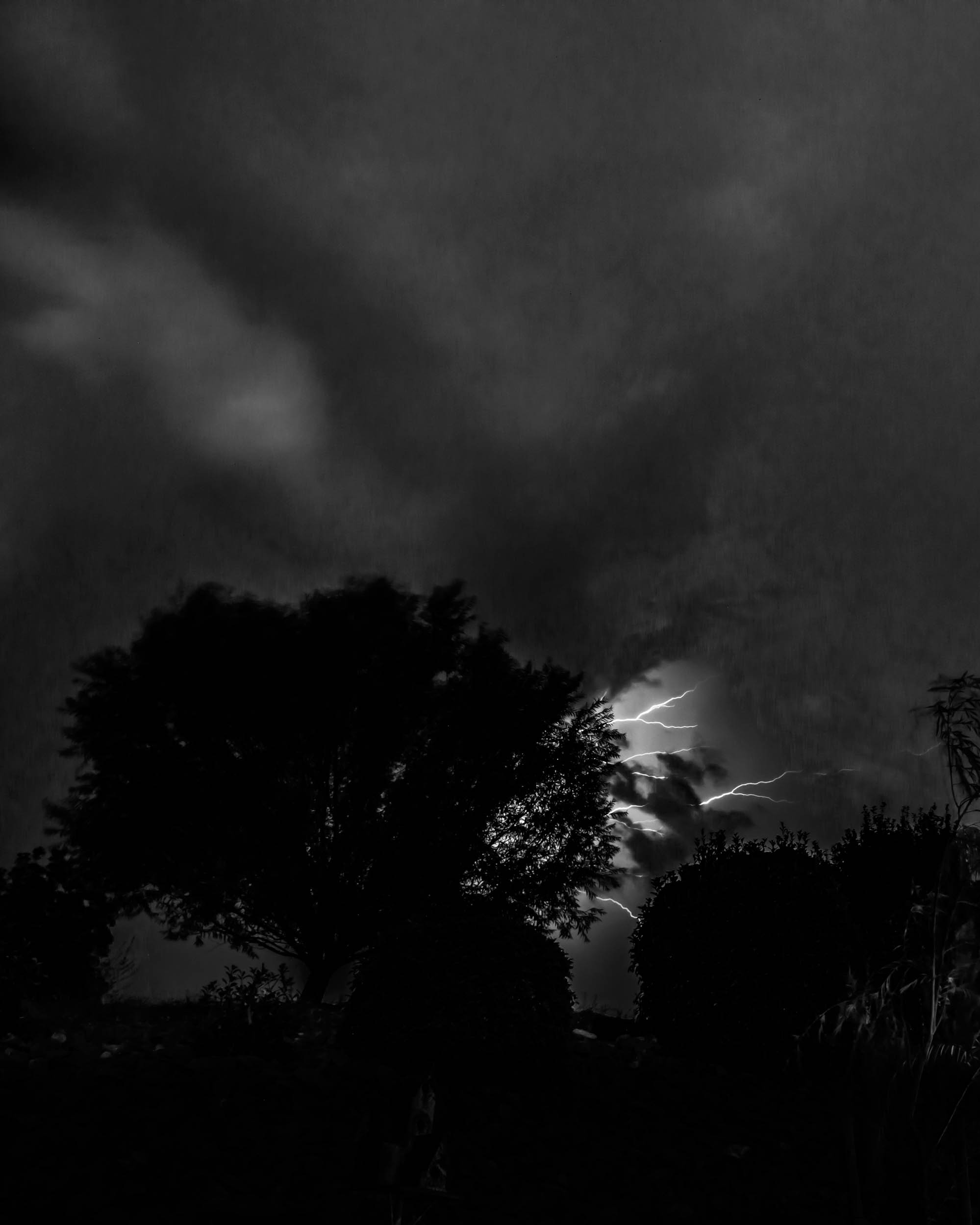 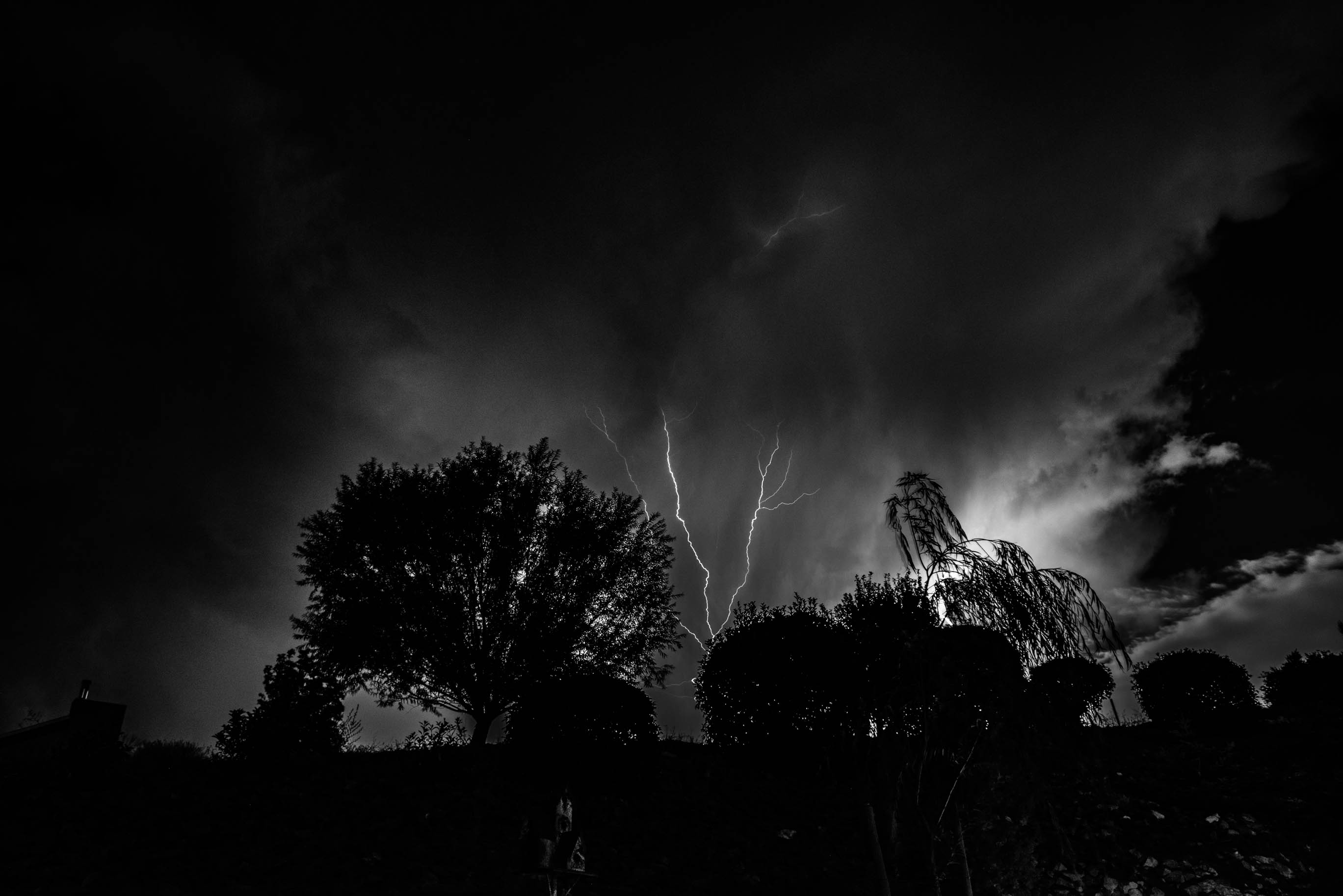 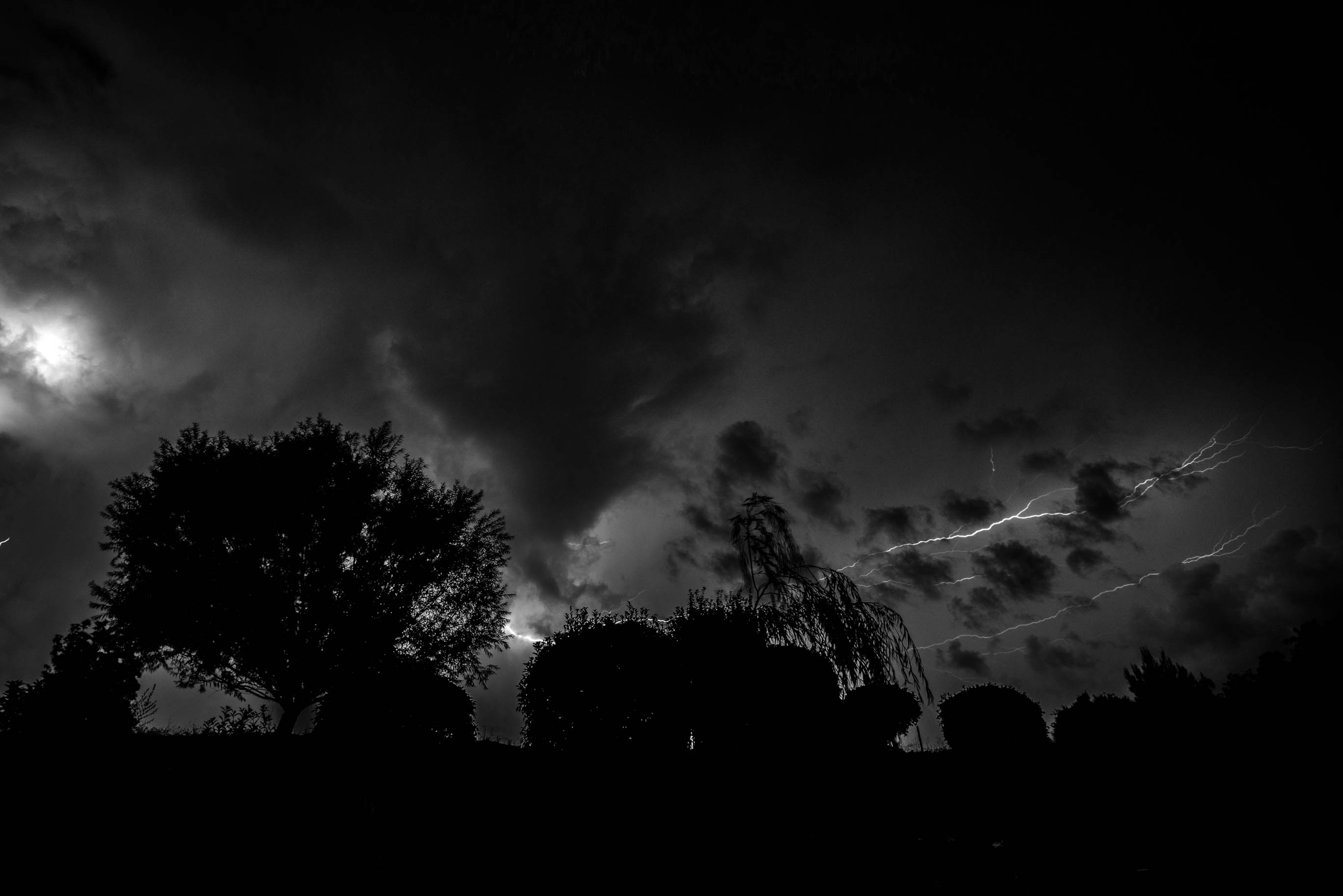