Regular readers of this blog know that I obsess about hummingbirds and take seemingly endless photos of them. While visiting in Prescott, I’ve had daily opportunities to photograph the hummers that feed in Lonnie and Melinda’s yard. I posted a shot of one of the hummers (or was it two different hummers?) here. I couldn’t identify those hummers, but I was convinced that the hummer I photographed on Monday was a female broad-tailed hummingbird because on close examination of the photos, the bird had some rufous coloring on the tail feathers, which only the female broad-tailed hummers have. A rufous colored tail feather is barely visible in the first photo. But I’m not sure anymore because the wings, which extend to the tip of the tail, don’t extend that far in broad-tailed hummers according to The Sibley Guide to Birds (Second Ed.). Another possibility is the black-chinned hummer whose wing tips extend further but the females don’t have rufous coloring on the tail. Then Tuesday I took shots of a hummer at the feeder but I have no idea what it is. It could be one of the same hummers I photographed over the past few days . . . or not. 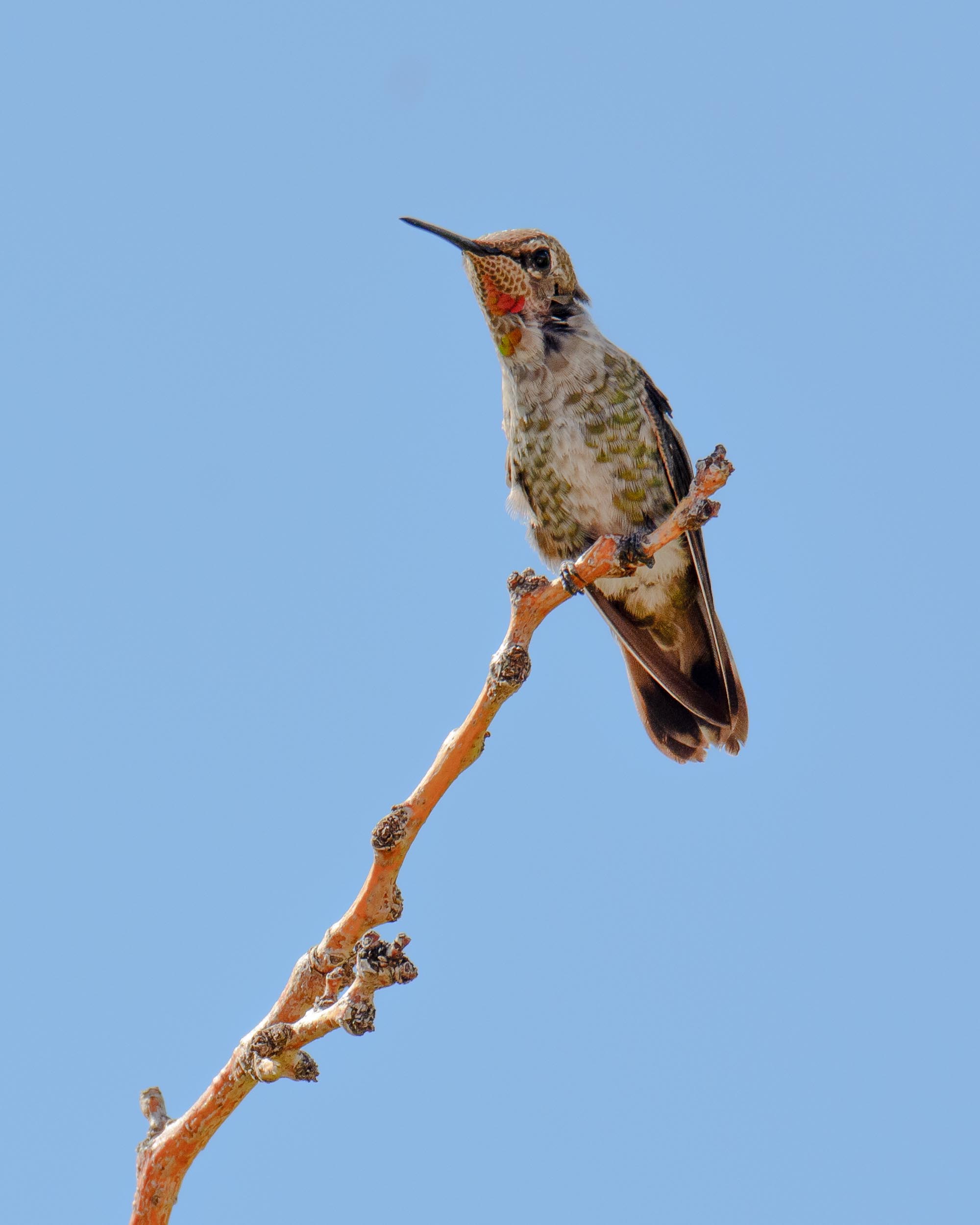 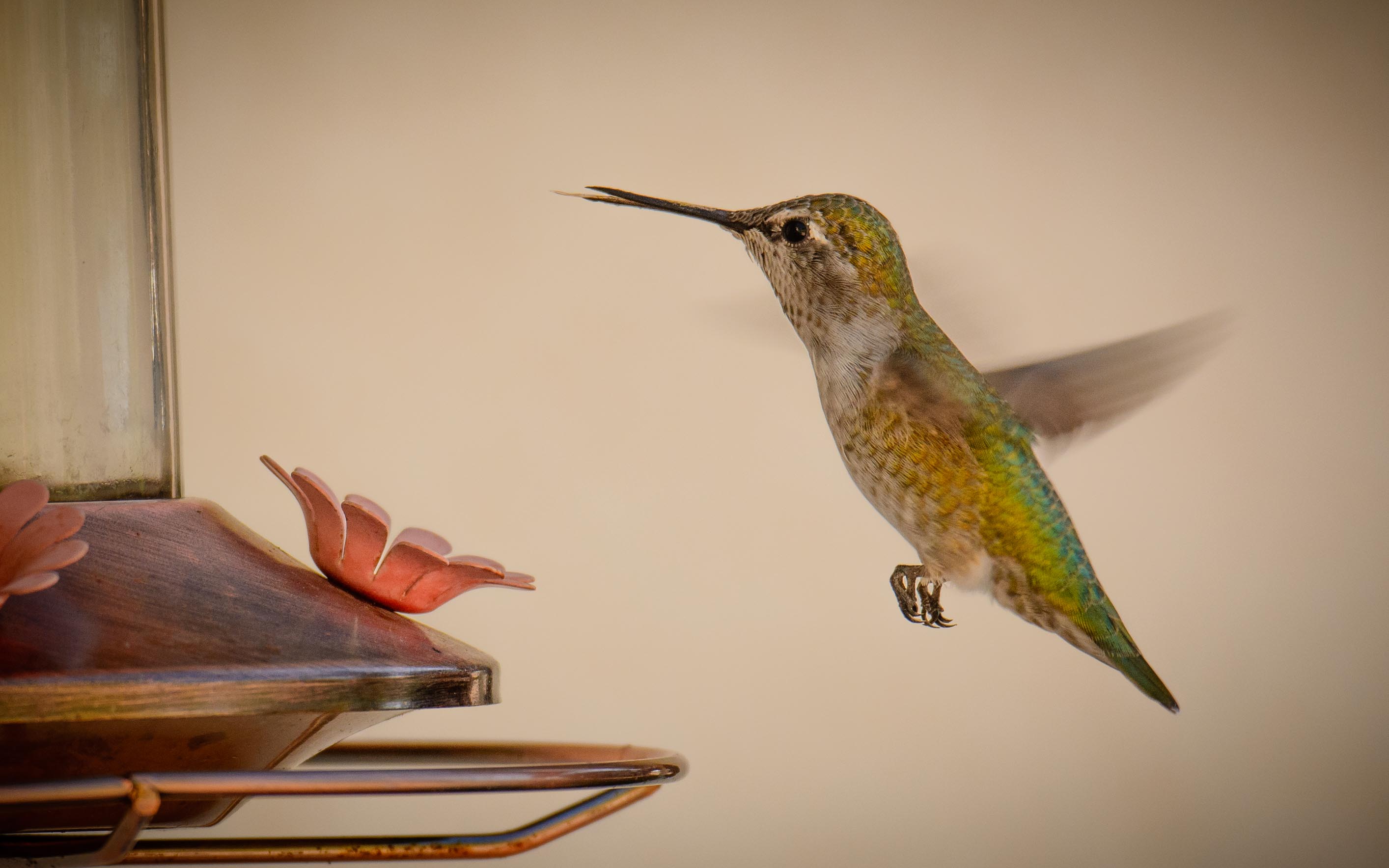 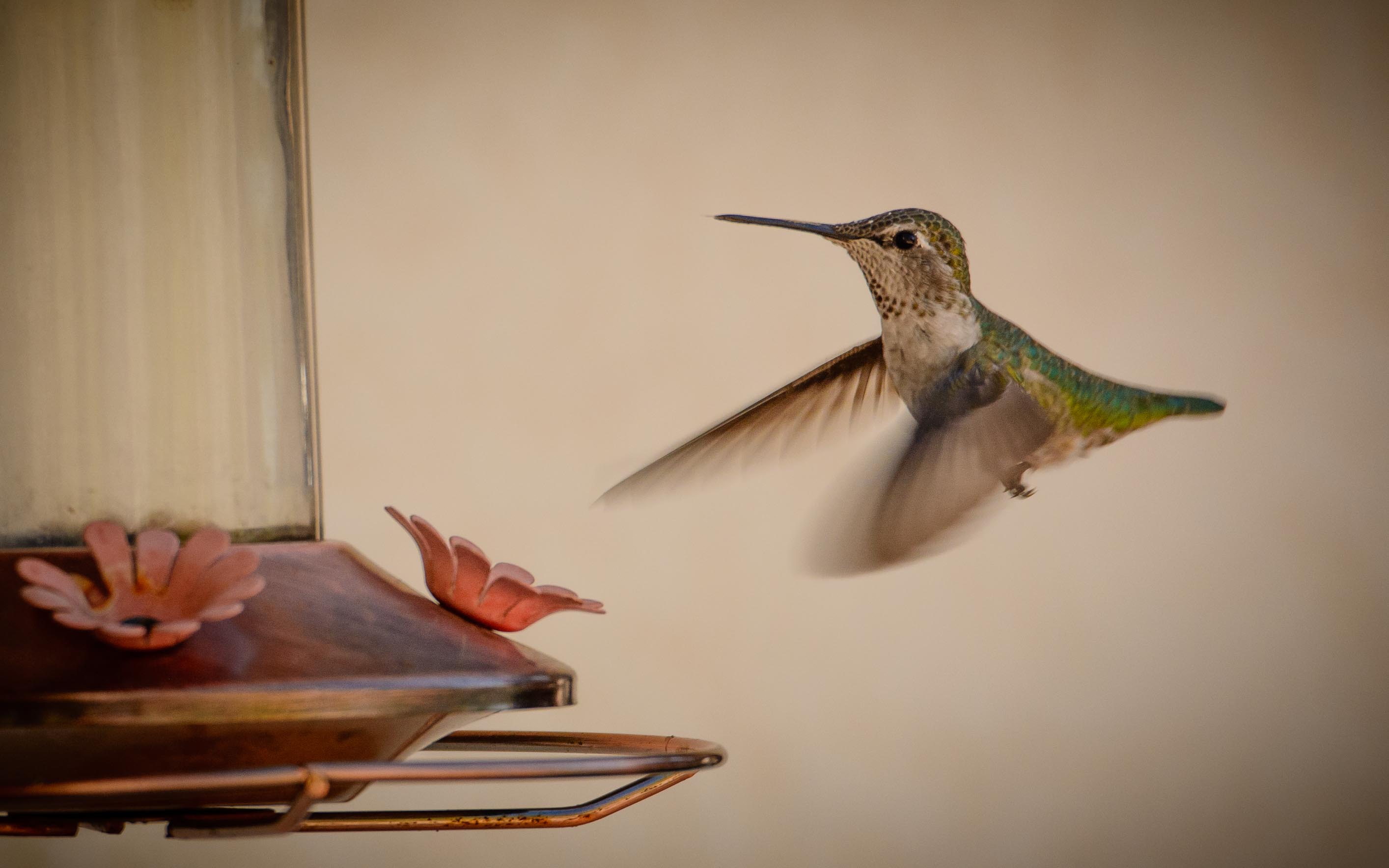 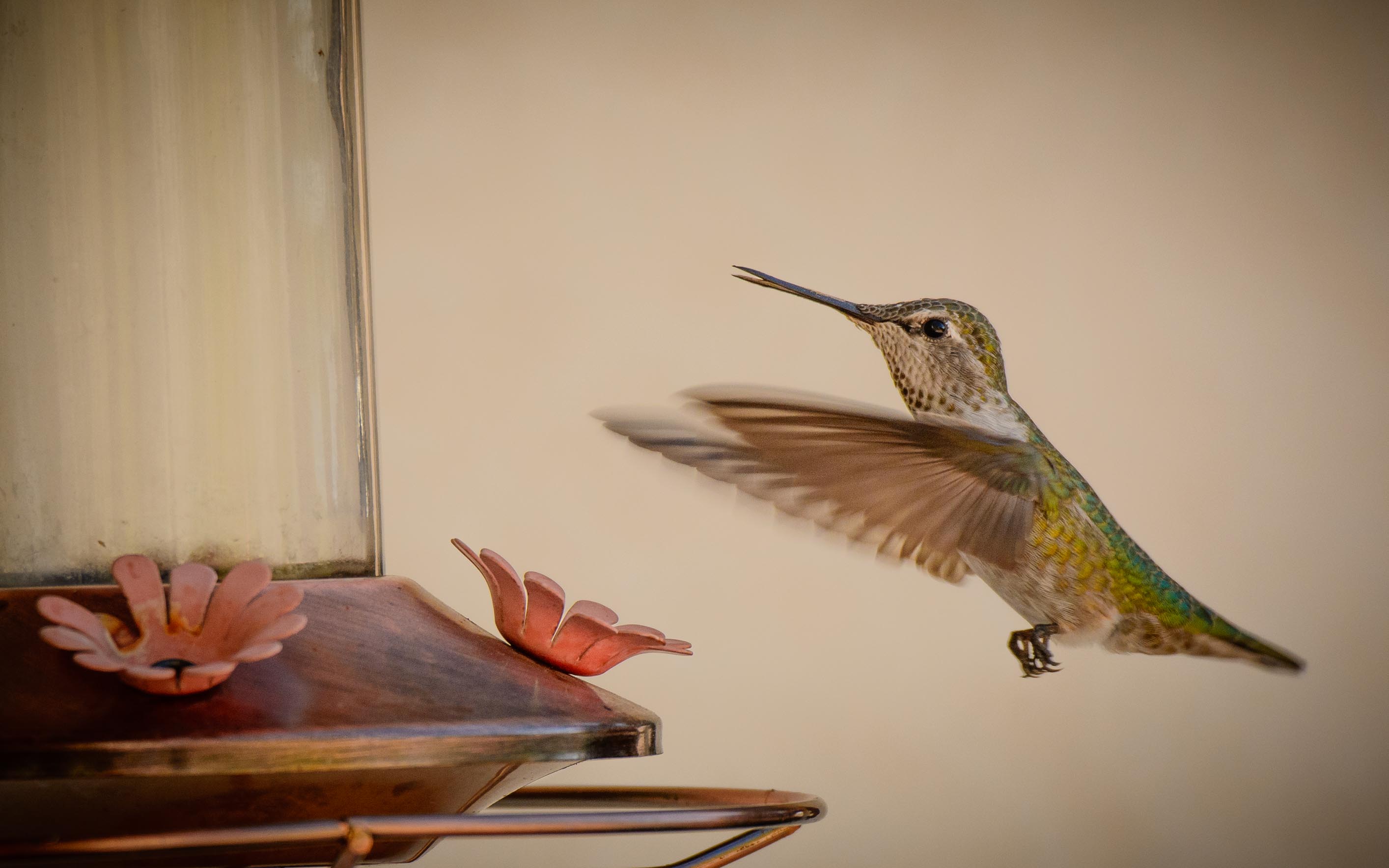