The weather forecasters gleefully predicted well above average temperatures Monday afternoon; interesting how they get a kick out of our misery. Their prediction: triple digits; 102°, 20° above normal. By late Monday afternoon, my iPhone told me it was 102°and I noticed the hummers were chasing the other birds away from “their” fountain but not bathing in it. Then I noticed the male perched above the fountain and he appeared to be panting; I guess breathing with their beaks open is a way for them to cool off. I noticed the bubble in the fountain was not as vigorous as usual so I got the hose and sprayed a stream of water into the fountain. The female hummer was very interested in the stream of water and hovered over and under it but not exactly in it. I frivolously sprayed a bit of extra water into the trees to cool the hummers and I expect the water police to knock on my door at any minute. When I turned off the hose, I noticed the female bathing in the fountain but by the time I returned with my camera, she’d finished her bath and was drying off, beak open like the male’s.

Here are three shots of the hummers as they try to cool off in the triple digit heat. The first is the male. The next two are of the female, one with her long hollow tongue protruding from her beak. 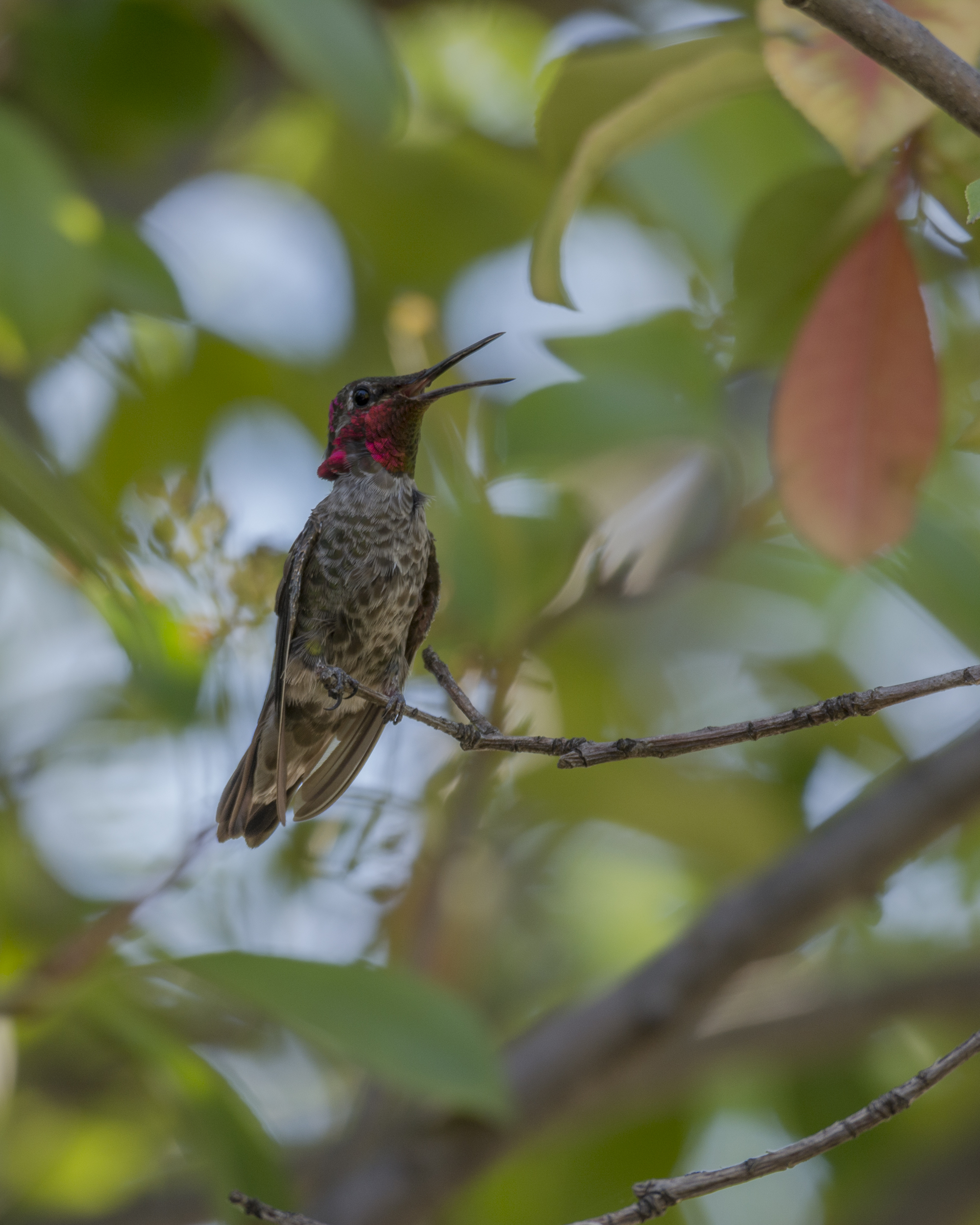 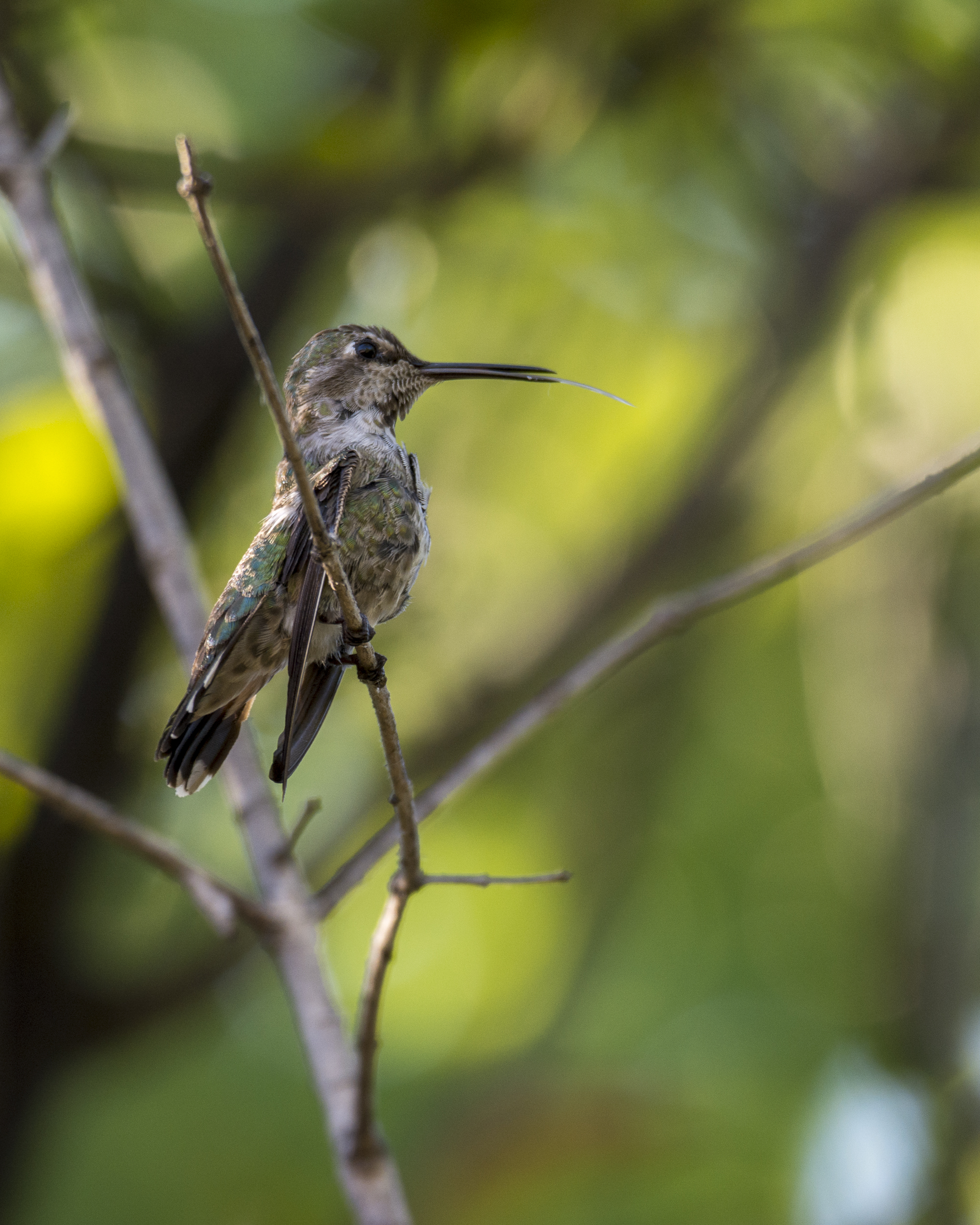 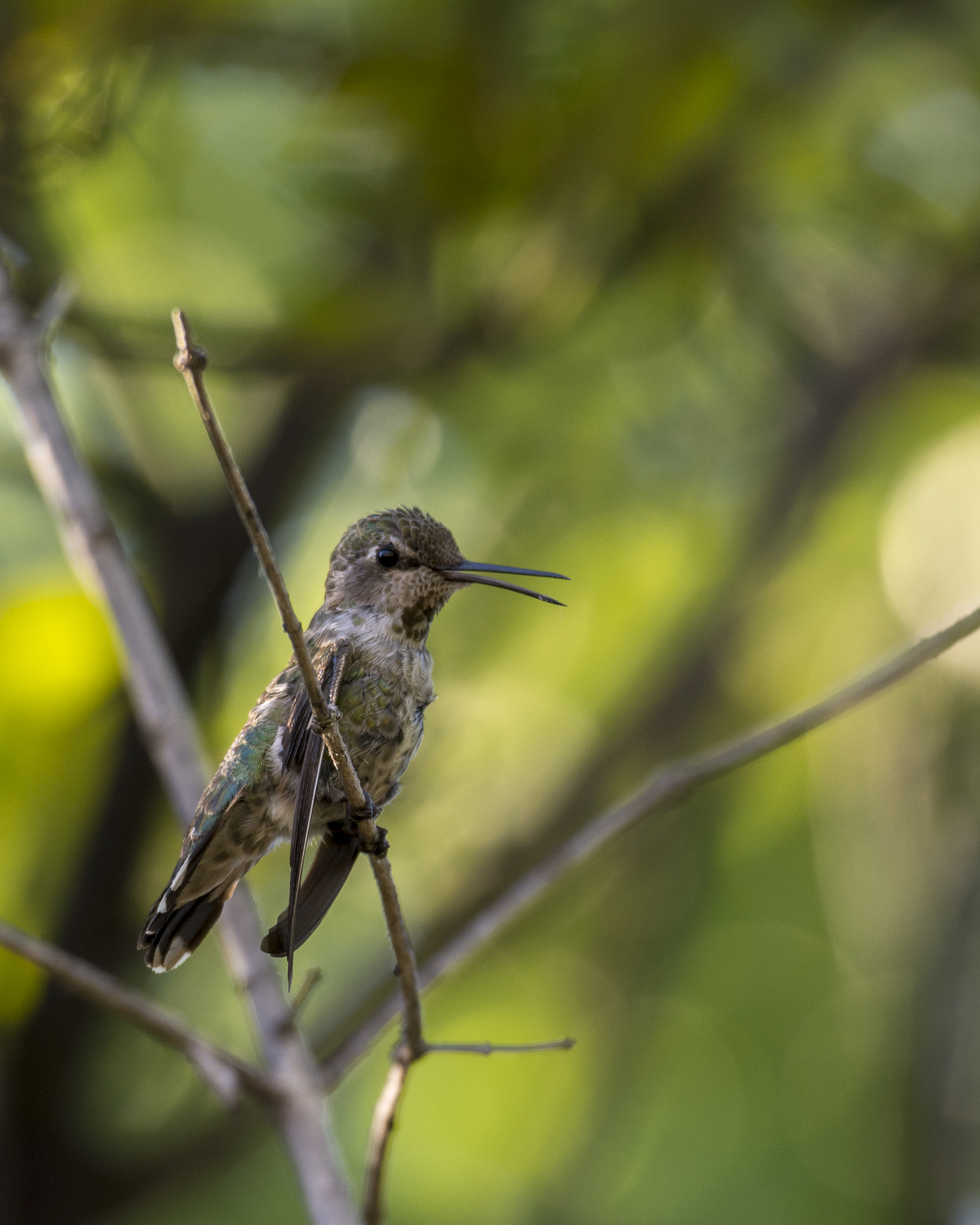