The California Foundation for Birds of Prey Open House was three weeks ago and I’m just now going through the photos to decide which to include in the CFBP newsletter. I already posted my favorite shots from the event click here and here, and here. On further review, I have discovered a few more that I like.

A red tail hawk waits for its handler while a group of attendees walked warily behind this bird on a tour of the facilities. I crouched down low to get this shot and the hawk doesn’t seem particularly pleased. It’s a good thing its jesses are tied. 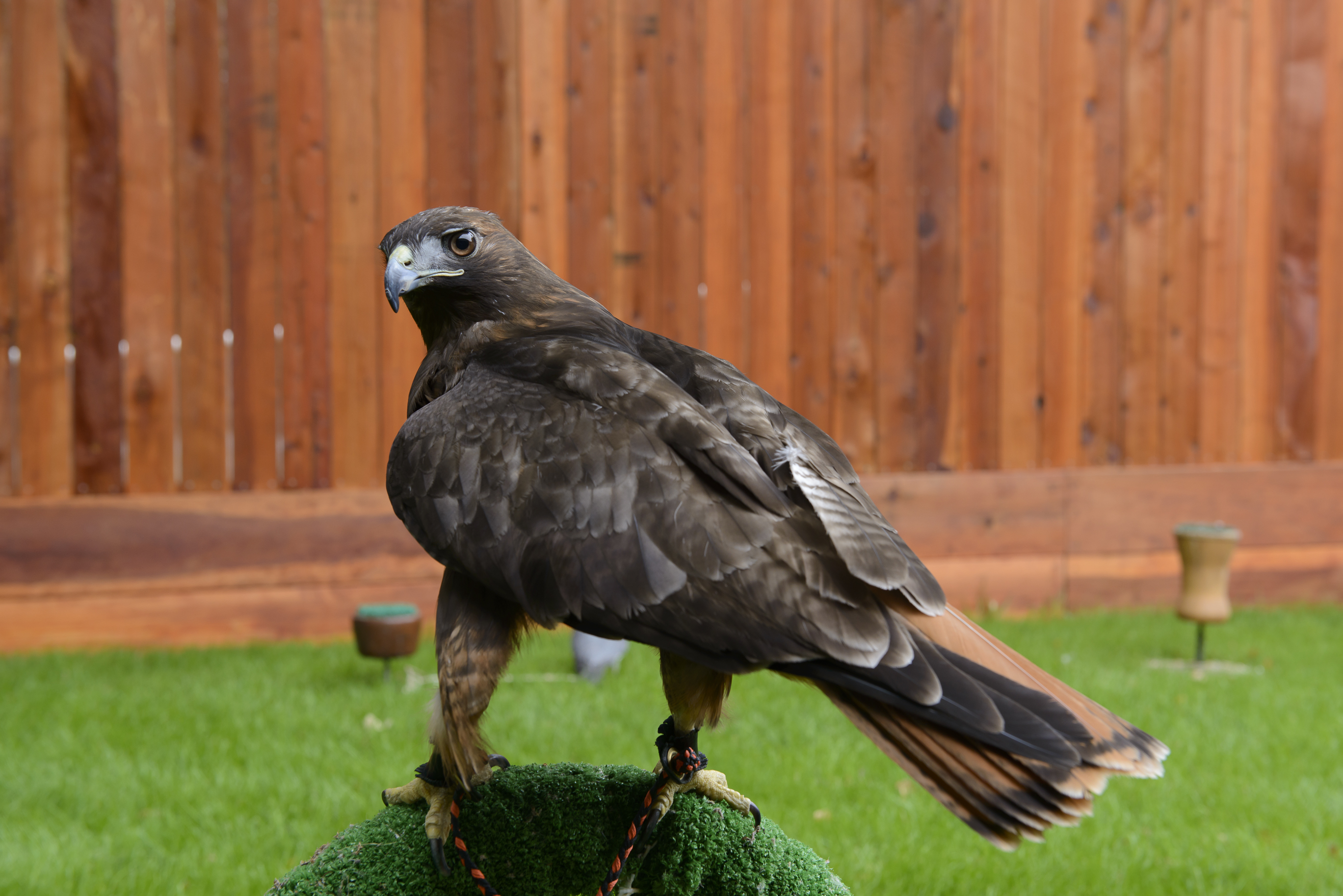 Bob the Screech Owl, retired at 18 years a couple of years ago but he was brought out of retirement for the event because Ozzie, his replacement, stayed home. Since Bob lives at CFBP headquarters, he was enlisted to be on display and he doesn’t look too pleased at being recruited. 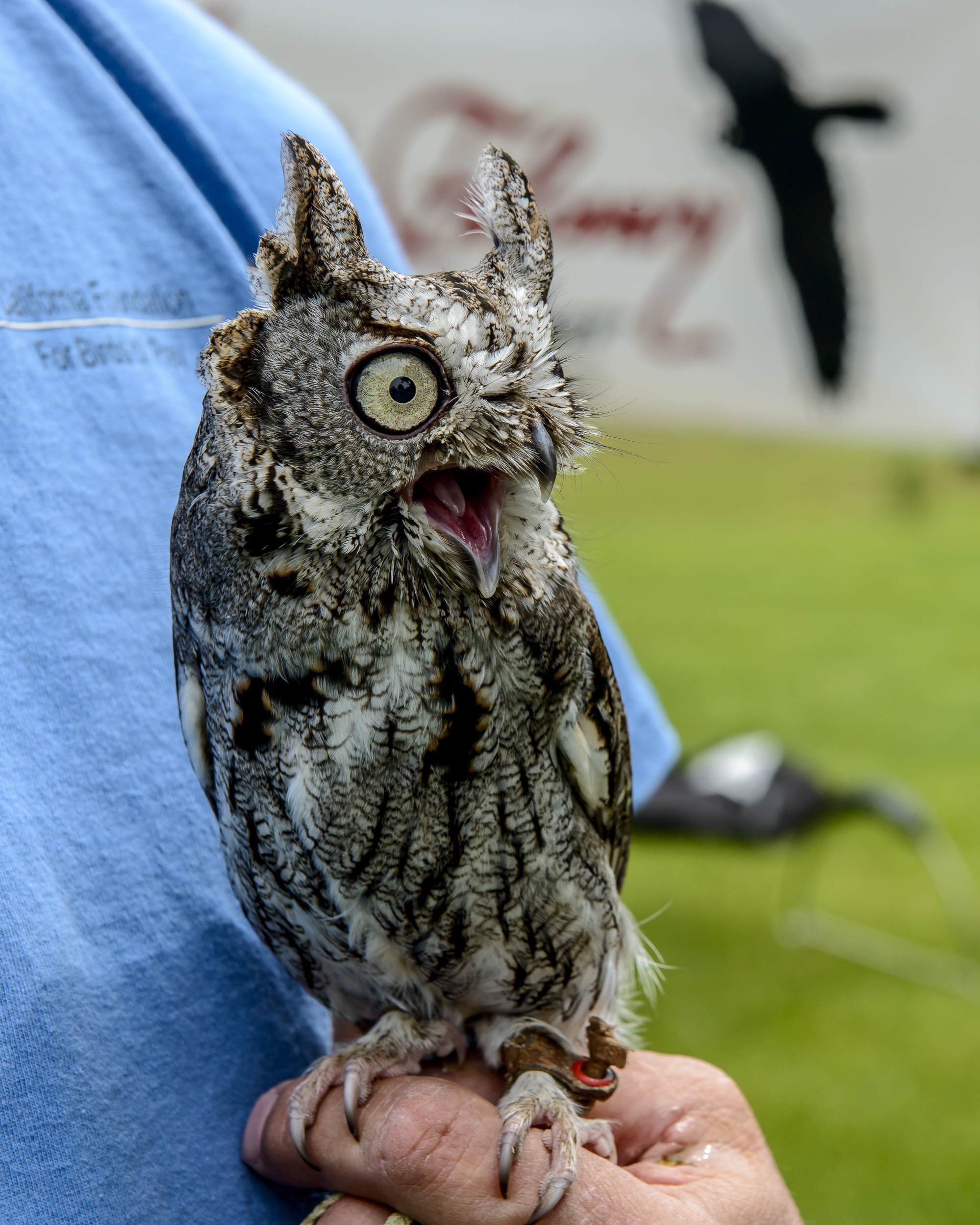 Finally, a baby hybrid falcon hybrid, only a few weeks old, is being fed with chopsticks but he looks a bit offended at what was being offered to him. I didn’t see him take a single bite. 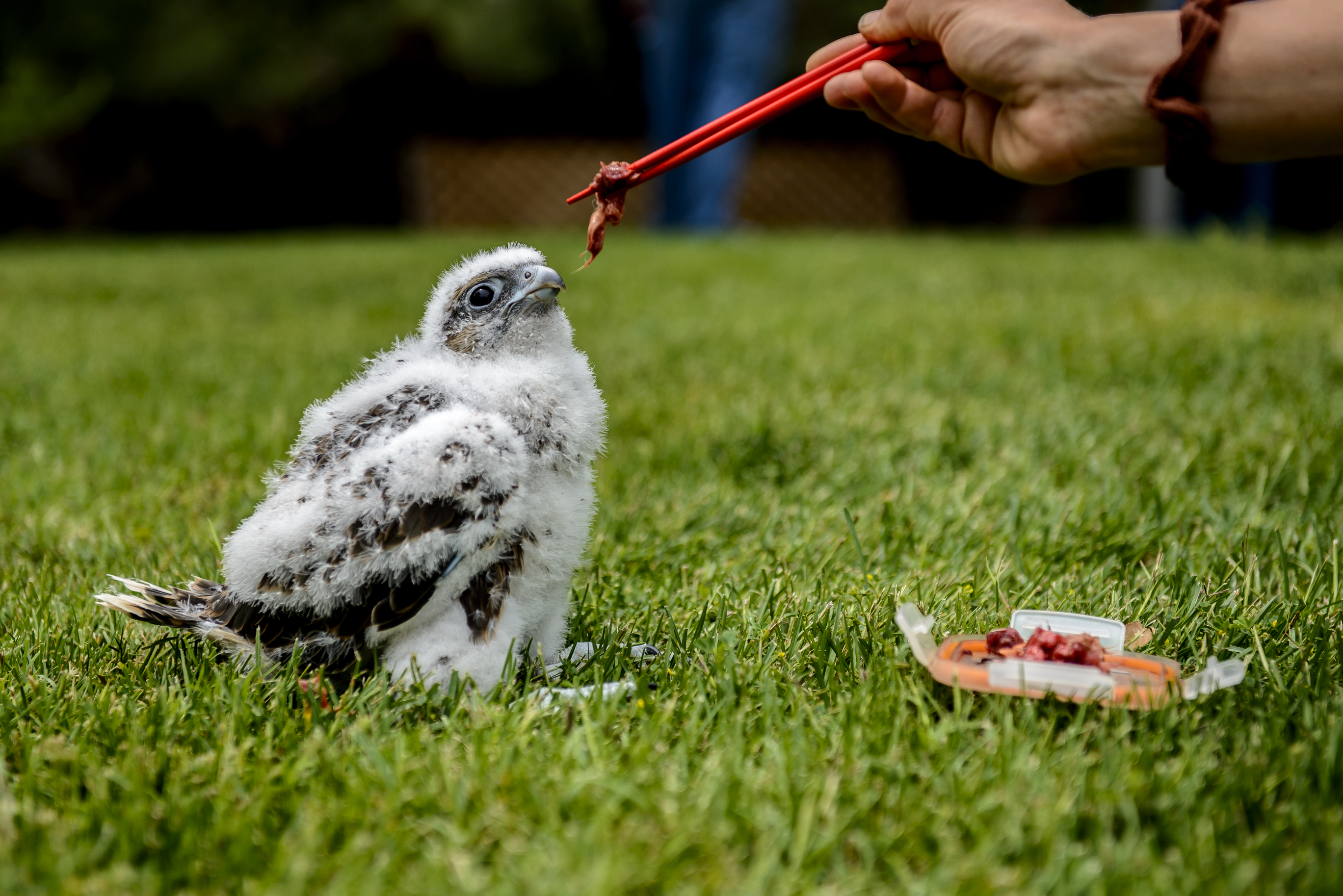