It’s going to be in the high 70’s here while I’m gone next week so I went outside to water plants on my patio and to make sure the fountain was filled before I left. I noticed several largish bugs on the inner edges of the base of the fountain, just above the water line. I’d never seen these bugs before and suspected they might be nymphs of some sort. Then I noticed one bug that looked suspiciousy like a dragonfly. Dragonfly nymphs. Ah. I think they eat mosquito larvae. They couldn’t be here at a more opportune time but I don’t think mosquitos lay eggs in moving water. This dragonfly seemed to be trying to shed the last of its exoskeleton before emerging as an adult.

I retrieved my macro lens from my already packed camera bag and thankfully my backup tripod was available and at the ready. I had a hard time with lighting because the slight breeze had the fan in my pergola moving on its own and as the blades swept by, the dragonfly went in and out of deep shade. I took a few photos in aperture priority then switched to manual mode to much more satisfactory results. The dragonfly was working hard to extricate itself from its old skin, moving its body up and down. Its wings were covered with drops from the splashing fountain. It was moving very slowly up the side of the fountain base. I went inside to look at the photos I’d taken and realized that in the best shots, the eye closest to the camera was not in crisp focus. I went out again, but in those few minutes, the dragonfly had reached the edge, its exoskeleton was dangling, and then the dragonfly dropped into the weeds below and disappeared.

This is one of the few shots I got, sadly with only its head, and not the closest eye, in focus. The bright midday sun created a stark shadow and it was difficult to tell when the shot was in focus because I forgot to adjust the diopter setting on the Hoodman Loupe which would have shown me when the shot was in focus. I best pay better attention when I’m with Connie on the Texas Spring Migration trail next week. 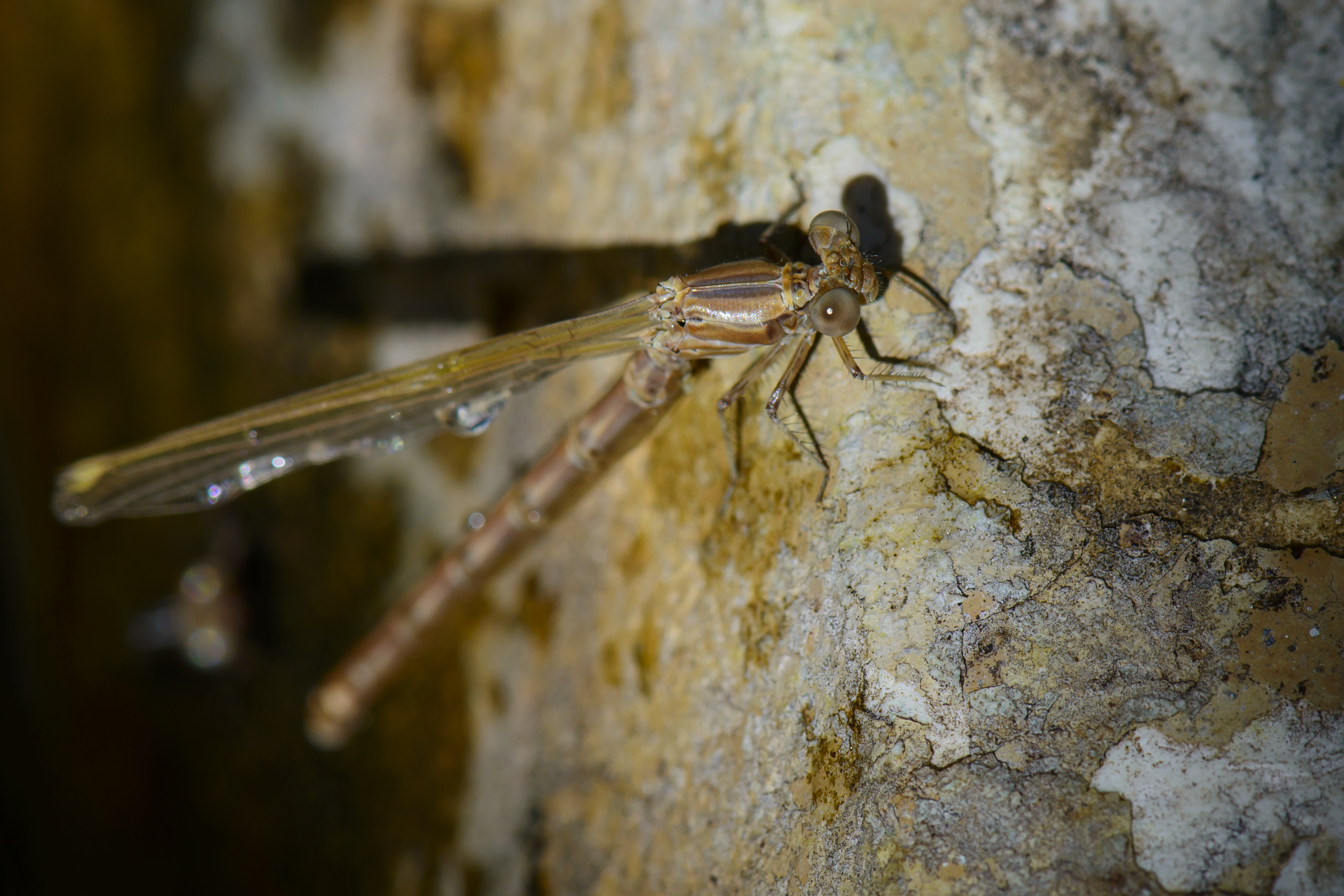