Thursday afternoon when I decided to use dandelions as my photograph to meet the Flickr challenge “round,” there was not a single dandelion in my yard. I tried to think of another subject to meet the challenge, but, as I walked home from the mailbox, I saw a perfectly round dandelion in the yard of someone I do not know. I didn’t even consider picking it at first. After all, I would never pick a flower in a neighbor’s yard without first asking, and never in the yard of someone I do not know. But my desire to use a dandelion for the challenge and my twisted rationalization that nobody wants dandelions in their yard, prompted me to reach down and pluck that perfect specimen. Crossing the street, I saw another perfect dandelion in the lawn of a neighbor whom I do know. He wasn’t outside so again, my rationalization that no one wants dandelions in their yard overcame any distaste to steal something from someone so I plucked it. I brought my precious and delicate seed pods into the house and carefully set them in a flower frog to hold them upright. I took a couple of shots first of one, then both together, and I decided the shot needed a third dandelion. I first scoured my backyard but its lack of sun meant no dandelions. I checked my front lawn again in case I had overlooked one. Nary a dandelion. Then, as I scrutinized the yard next-door, there in the midst of some flowers was the dandelion I needed. This time, I didn’t even think twice about it. I walked right across their lawn and snatched it from the flower bed. I now had my trio of dandelions and had sunk to a new low in pursuit of a photograph. I am now a dandelion thief. Perhaps it was just deserts, poetic justice, or that the dandelions were tainted by my theft of them…whatever it was, I am not particularly happy with any of the shots I took and the composition lacks something. But any attempts I made to adjust the tableau met with a shower of seeds and a loss of dandelion roundness. By the time I took this shot, one of the dandelions had wilted and was resting on the granite surrounded by discarded seeds. I think this will be my one and only foray into dandelion thievery. 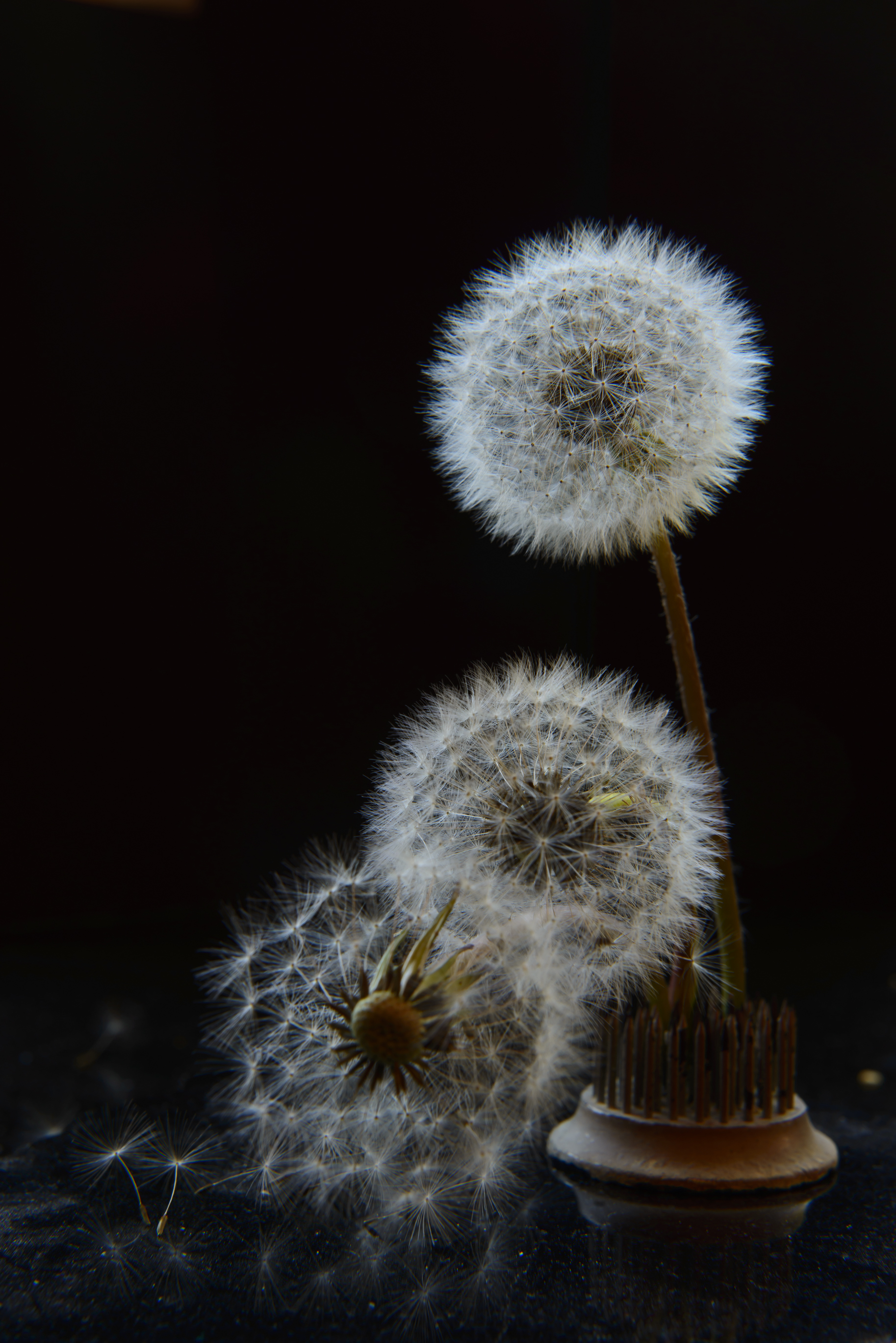