Sunday was cold and overcast in Paris but there was still much to see and experience. It was so overcast and foggy that the top of the Eiffel Tower disappeared in the mist but lots of people were out enjoying a day off from work and school. On Sunday, most shops are closed but at the bustling Christmas Market on the Champs-Elysées, that runs from November through Christmas, we were amused to be greeted with the sounds of Bing Crosby singing “White Christmas” and Gene Autry singing “Rudolph the Red Nosed Reindeer.” Many Parisians spend time shopping, ice skating, cycling, eating roasted chestnuts, buying sausages, and enjoying the Christmas atmosphere at the hundreds of temporary shops set up along the road just for the event.

One of the things that has impressed me about Paris is its cleanliness. Parisians take pride in their city and although we found lots of graffiti (watch for a future post on the graffiti of Paris and Barcelona) the streets were clean and kept that way by people whose jobs were to sweep the sidewalks and gutters. I photographed a man sweeping next to the Restaurant Pasco where we enjoyed a sumptuous meal the prior evening.

Later on our walk, I was charmed by the sight of a small boy dangling from a climbing wall in a tiny playground on the Left Bank of the Seine next to one of the bridges. We watched as he tried to get the attention of one of his parents who was preoccupied with a sibling. Finally he released his hands as if to say: “Look Ma, no hands” and even when I took this shot, no one looked to appreciate his antics. Too bad I can’t share this with him.

I had hoped to get a photo of a Parisian hurrying home with a couple of baguettes tucked under one arm and in fact I saw quite a few, but always too late to get the right shot. I made Charleen pose with the two baguettes we bought for our farewell wine toast. 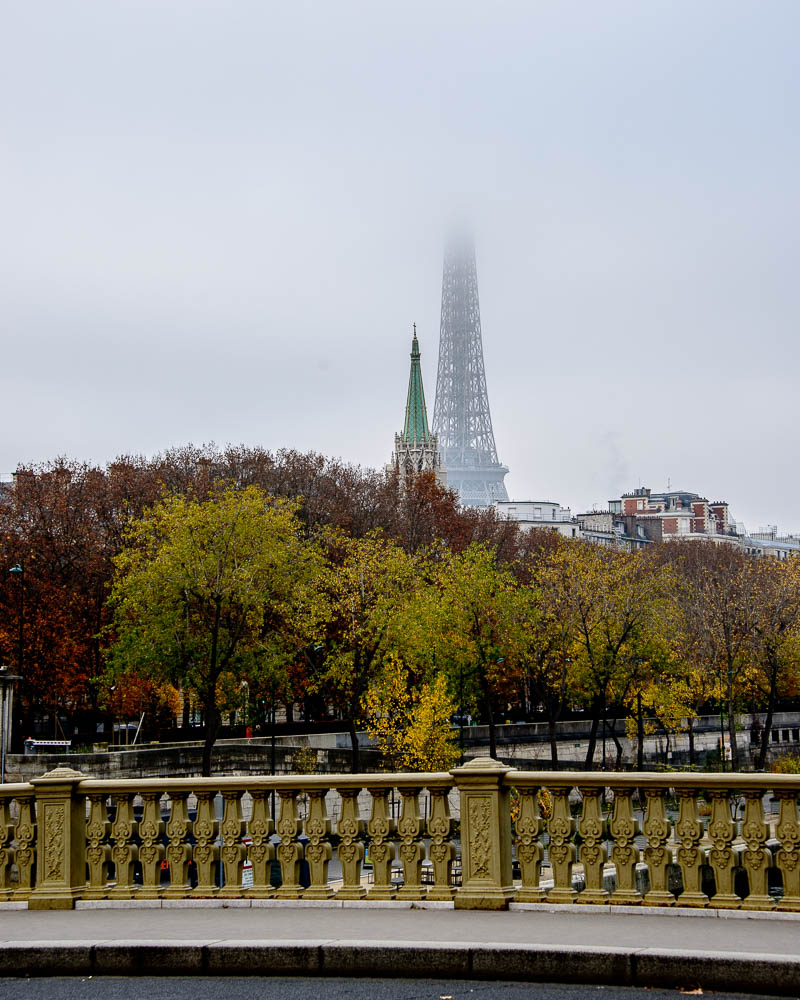 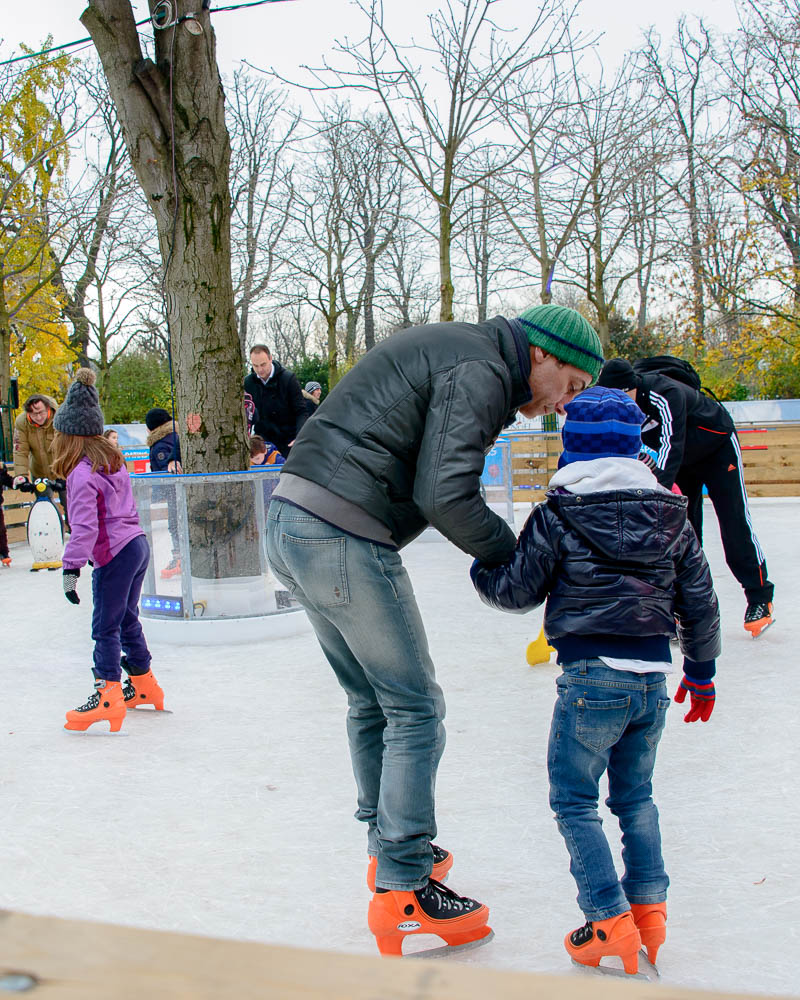 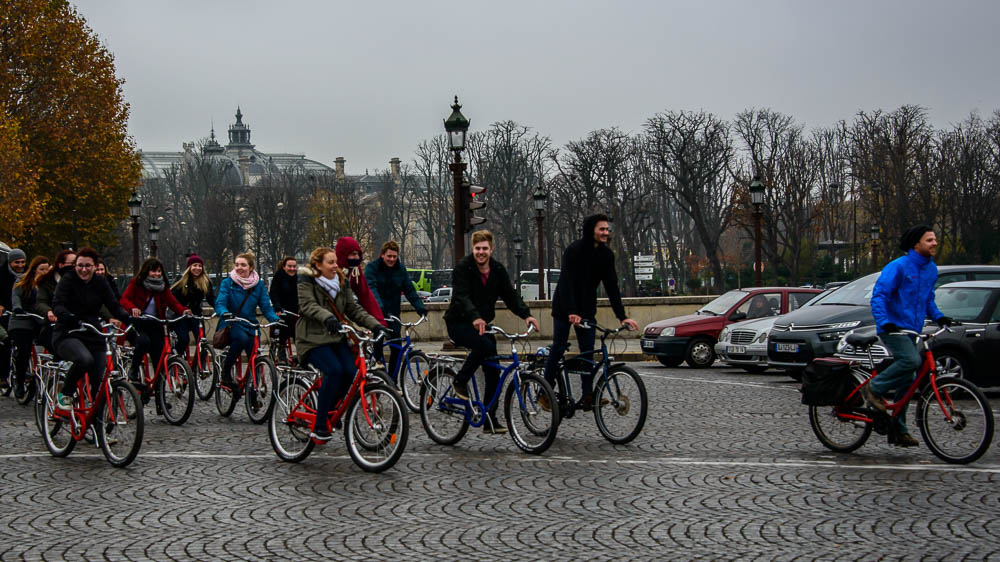 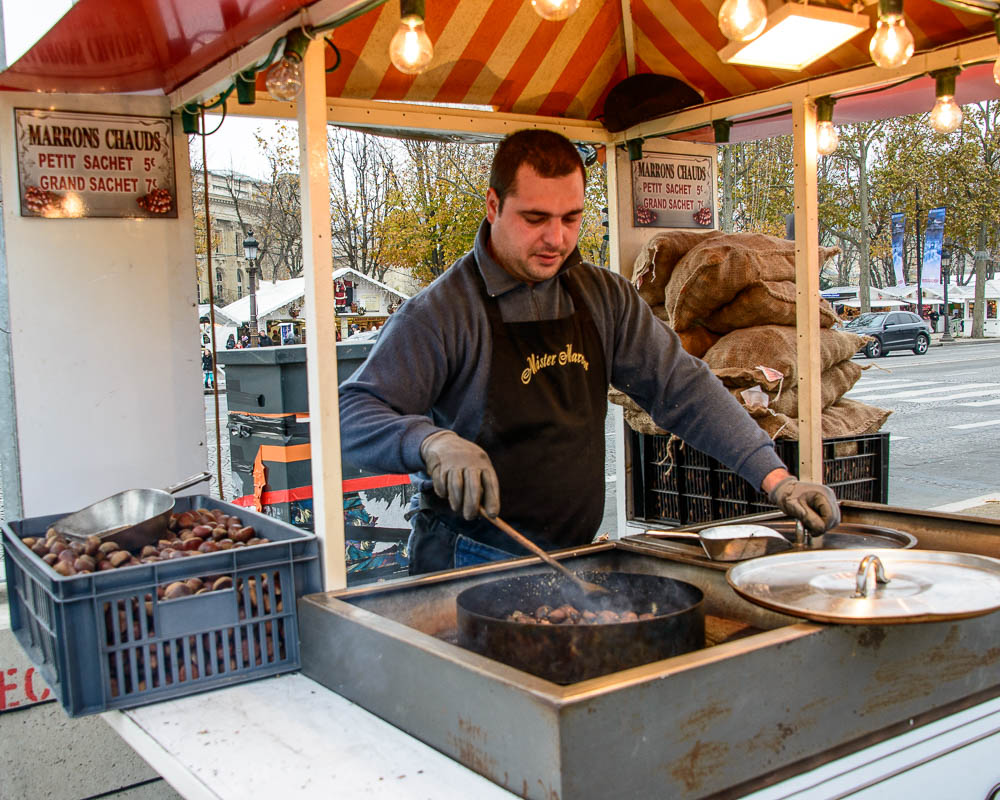 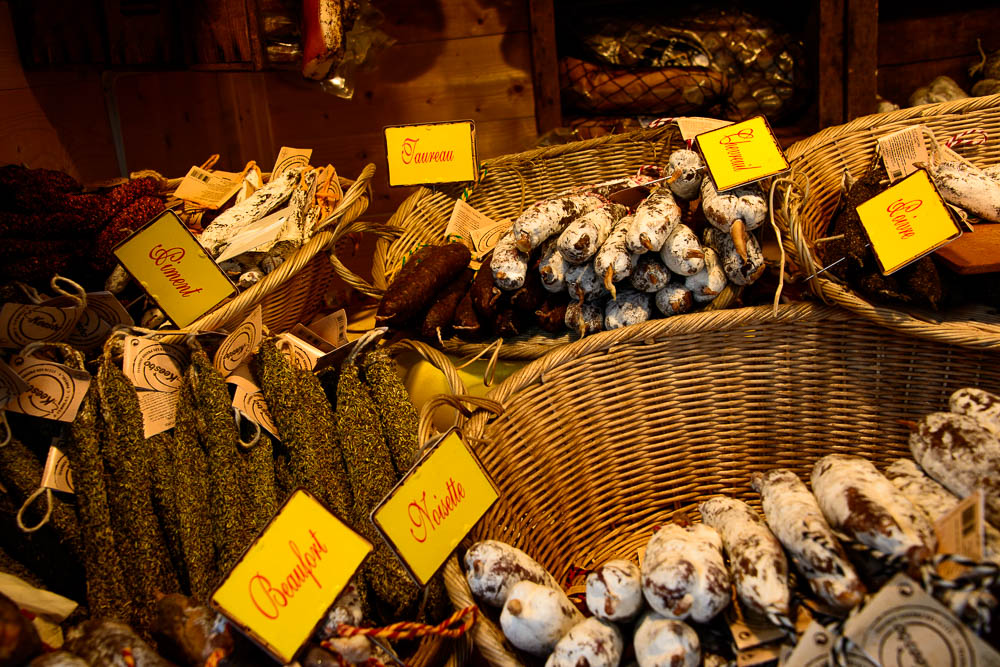 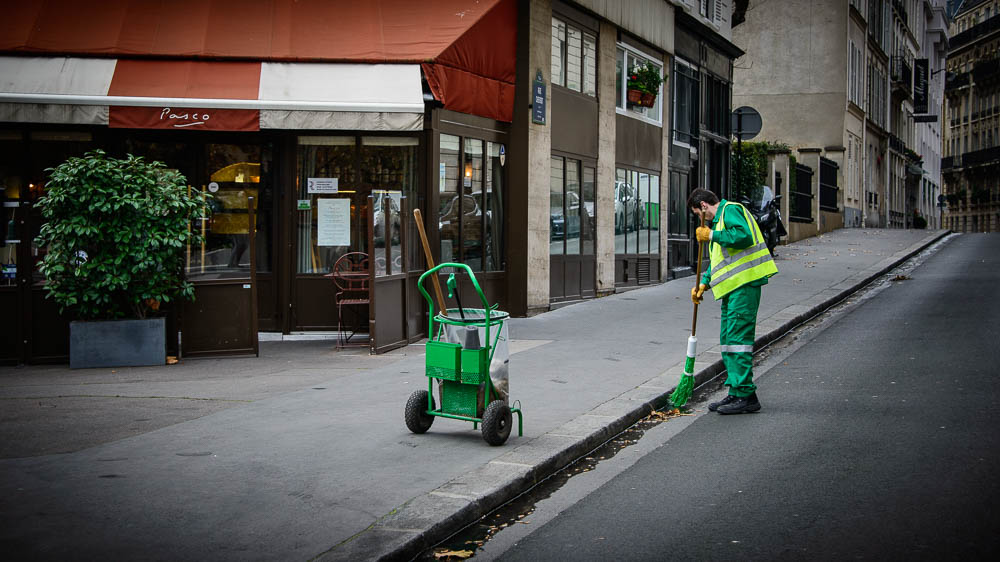 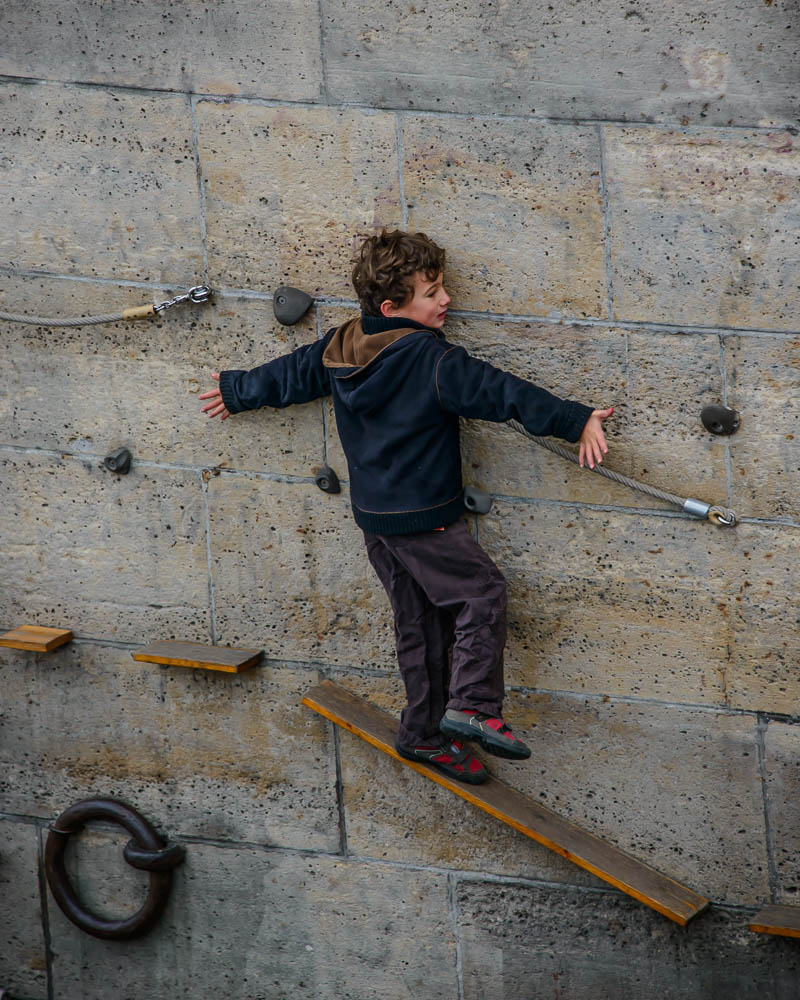 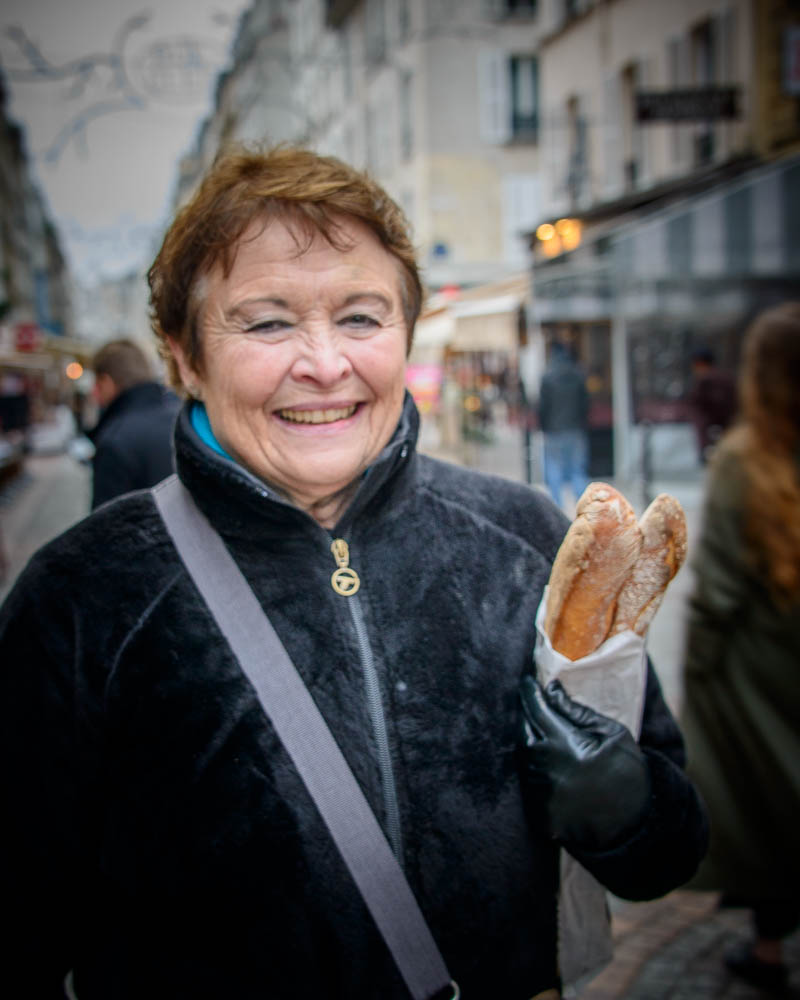