Skipping ahead. More about Barcelona when I return home. It is now Friday morning and we are on board the AmaDagio, cruising DOWN the Rhône River. We boarded the ship in the dark Thursday evening after a long unplanned bus drive from Barcelona to the French city of Montpellier where we boarded a high speed train to Lyon. High water on the Rhône River caused by sudden heavy rains resulted in a significant change of plans and lots of scrambling by the cruise company. The water on the Rhône was too high for the AmaDagio to clear some of the bridges which prevented it from reaching Arles, our original starting place, so the AmaDagio sailed up the Rhône to Lyon instead of picking us up in Arles. We will now sail down the Rhône from Lyon to Arles instead of the other way around. We can’t say enough about how efficiently and seamlessly the cruise company handled this unexpected change in our itinerary.

We had a sumptuous meal in the main dining room after meeting the ship’s crew and staff. The food was elegant and the wine, free flowing. We set sail (I guess it’s called “setting sail” even though we don’t have any sails) at midnight and Charleen and I awoke at 6:30 this morning as we moved through a lock. We’re now back on open waters heading for Le Pouzin where we should dock about noon.

The train station at Montpellier: 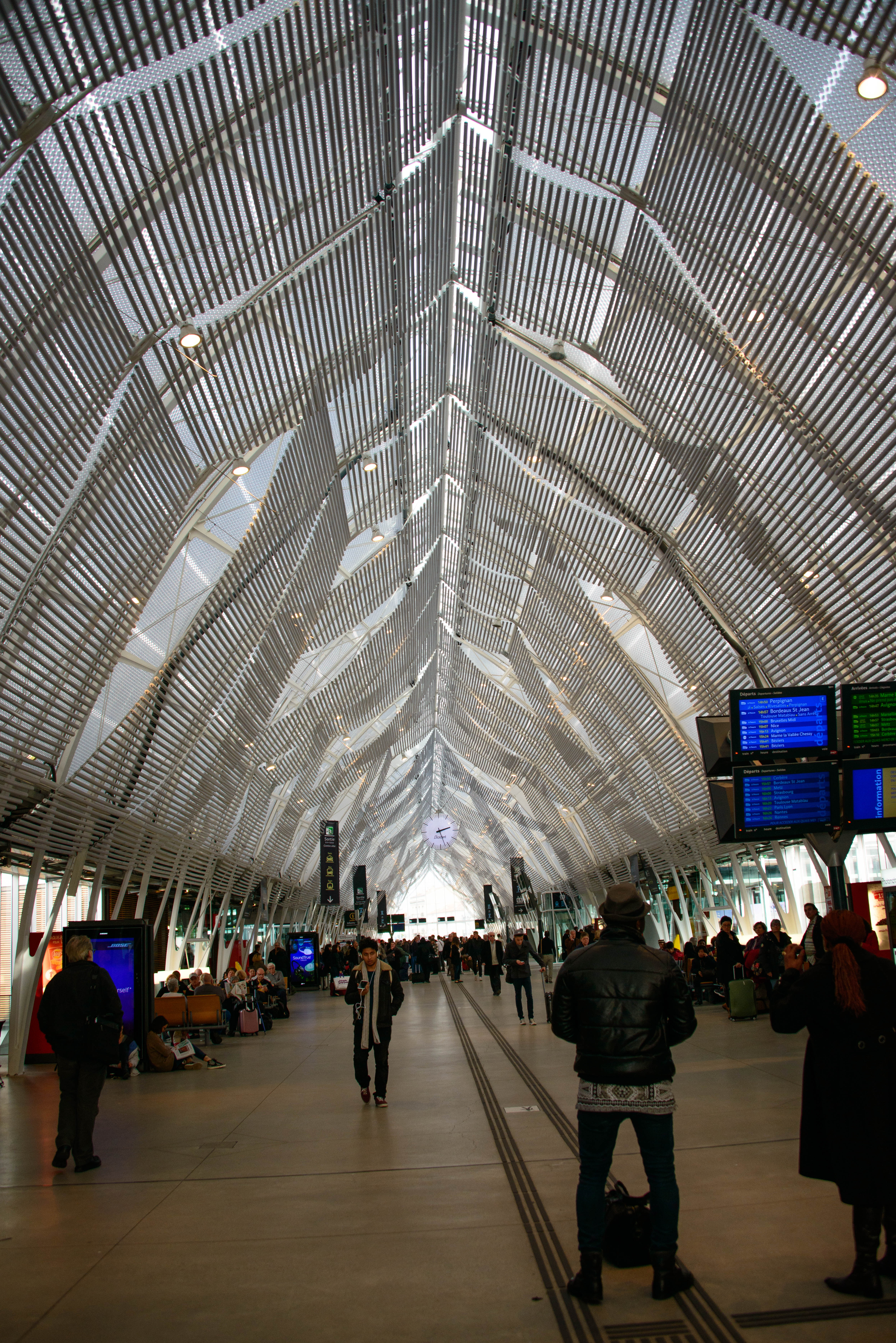 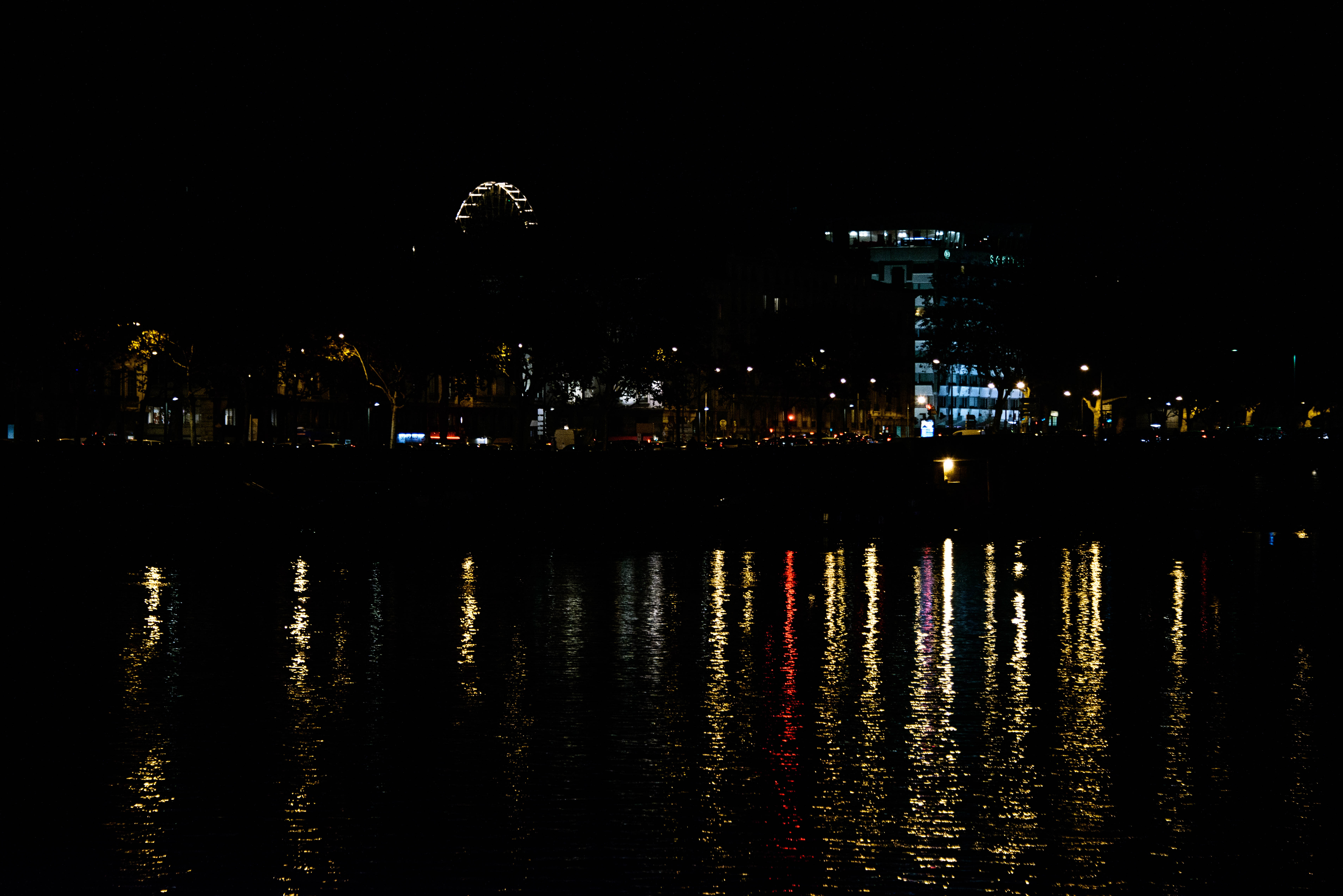 Cruising in the early morning darkness: 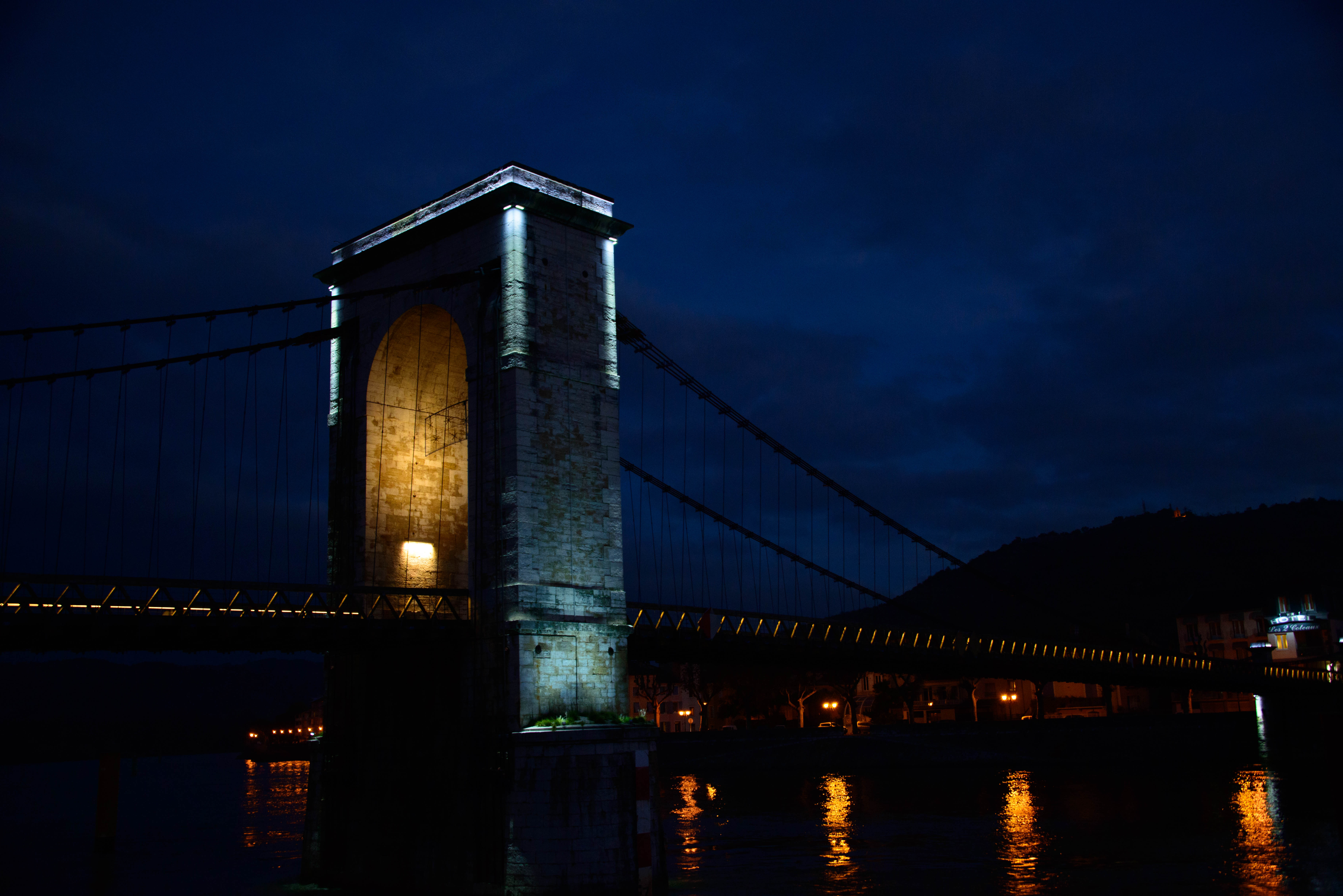 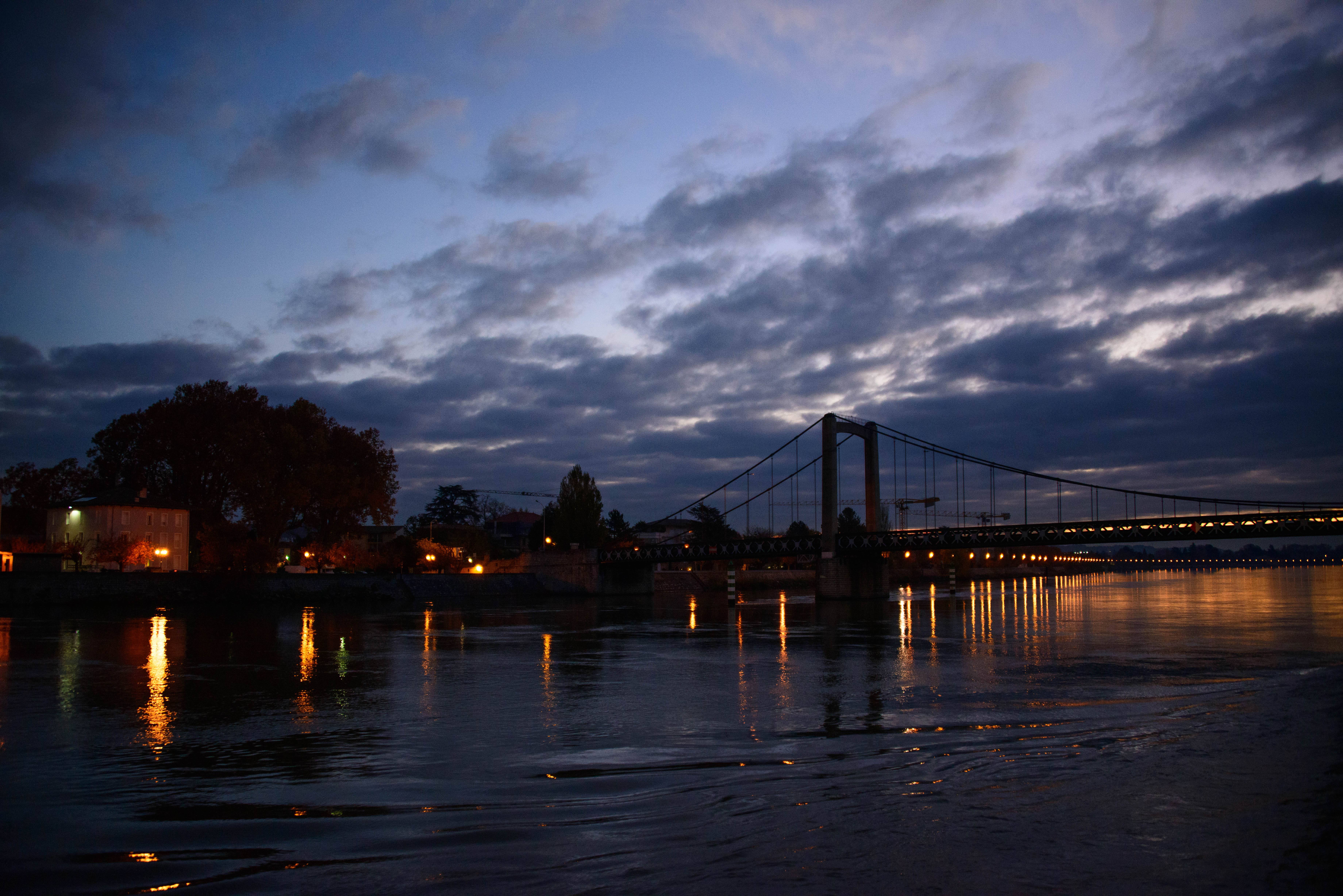 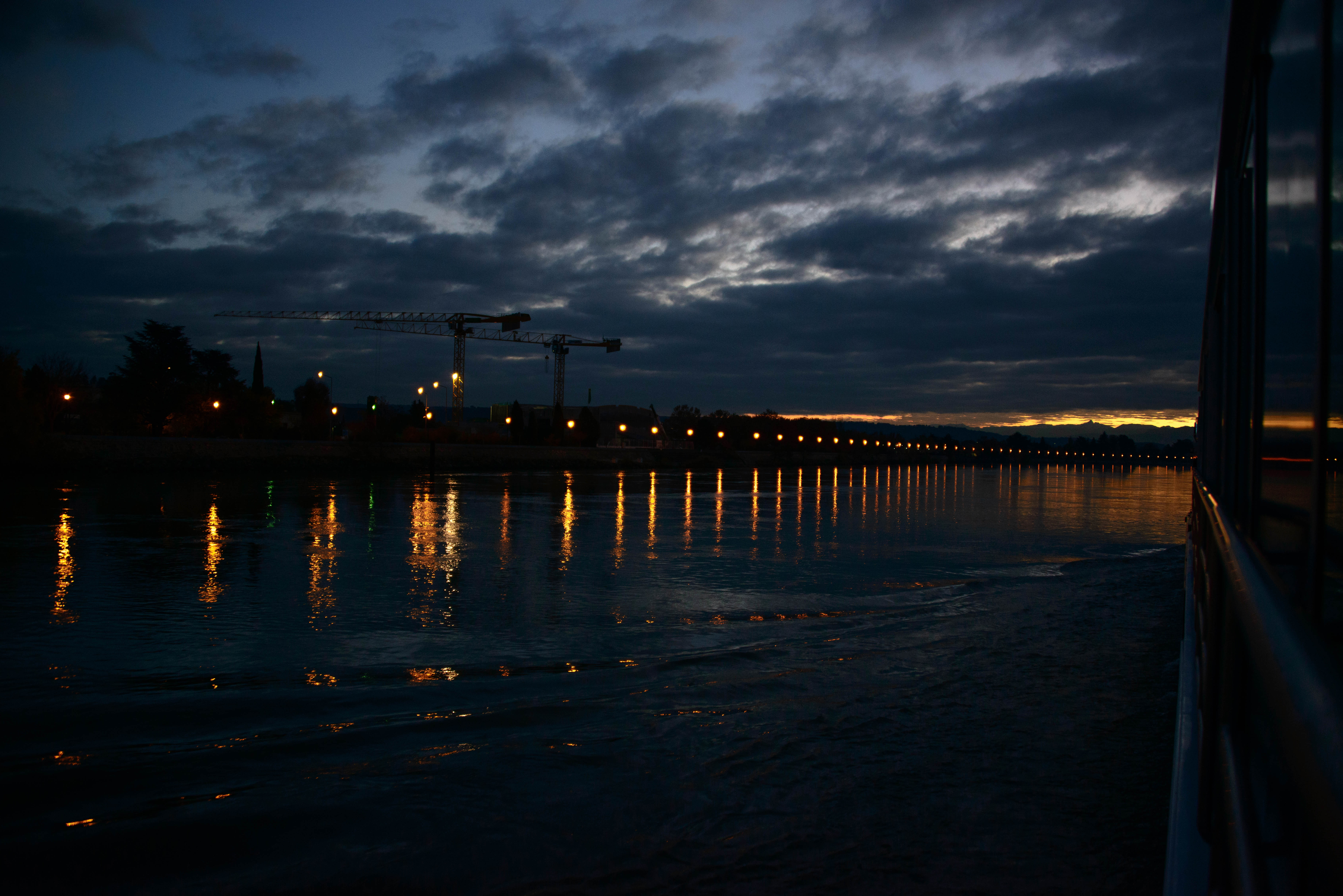 One thought on “2014—Another Change of Plans”