I’ve been really slacking off the workout routine that I’ve been so committed to for the past seven years. I’ve cut back on my cardio and I’ve been skipping strength training sessions. That ends now. I’m getting a grip and getting back to the gym, 6 days a week.

Taking this photo was a challenge. I used the self timer instead of the cable release, which I should have used, so I had to hold the 8 pound weight as still as possible while the camera took its time firing. As I look now at how I framed the shot, I could have cheated and balanced the weight on something, but I didn’t. And, focusing was a challenge as well because I set the camera on Live View, then had to crane my neck to see the LCD screen upside down while I held the weight and focused the lens. Then, because of the shallow depth of field, the slightest movement of my hand forward or backward when I triggered the shutter caused the shot to lose focus. To get proper exposure, even though I used natural light coming from a window at the left of the shot, I had to up the ISO and still had a relatively slow 1/80s shutter speed further exacerbating the problem of focus. Because my hand and arm were getting so tired from holding up the weight shot after shot, my hand and arm started to tremble. I guess I’m lucky I managed to get a decent shot at all.

I finally managed to get a shot with my grasping fingers in focus but now that I look at it, I think I need a manicure! 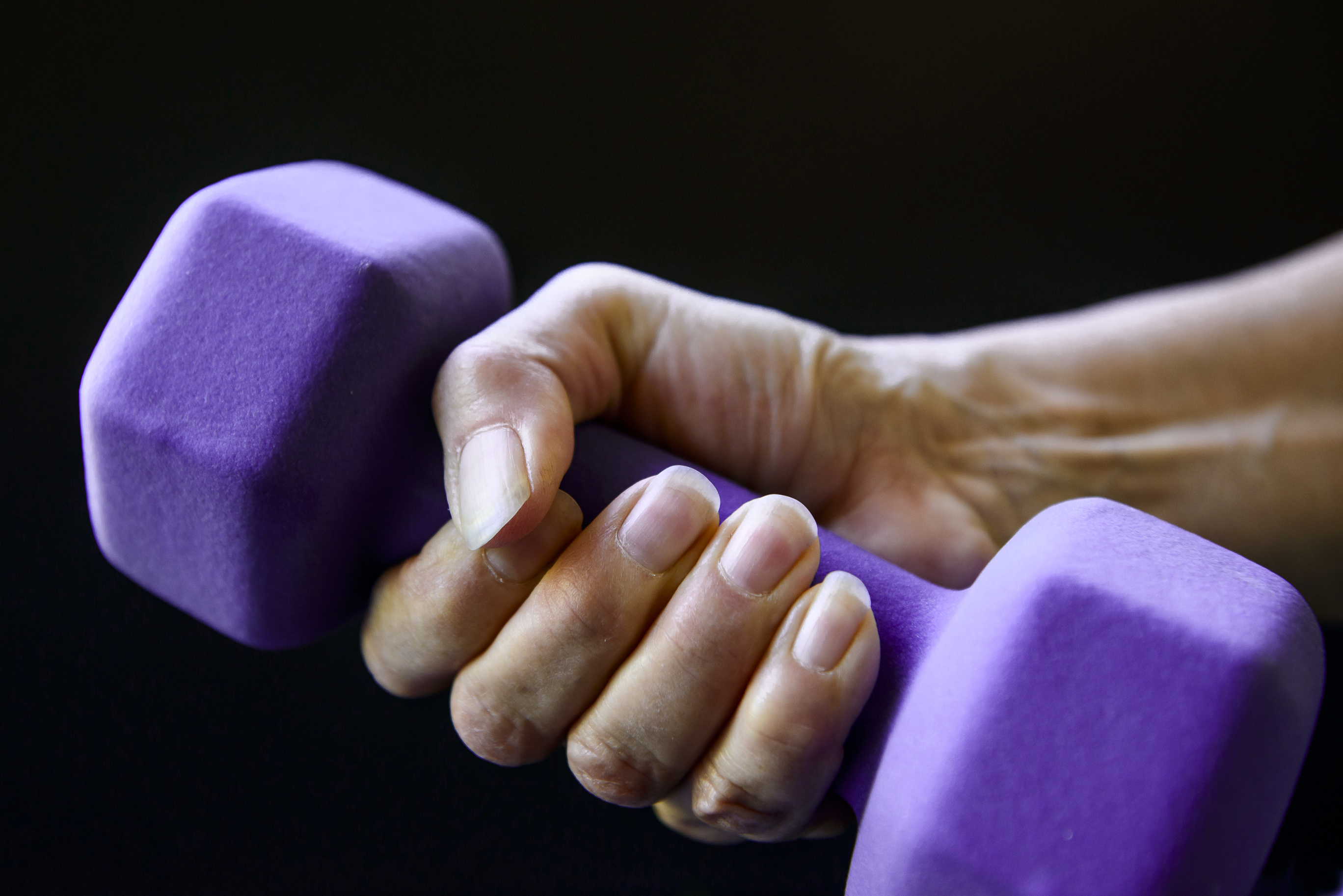