My continuing light painting challenges are indeed that.  Challenging!  This assignment required the use of at least one flash as well as light painting in a one minute exposure with a focal length of 24mm or less. The photograph had to include a person but the person couldn’t be the subject.

I created the background from two lengths of white seamless background paper because mine was only 52 inches wide and I needed a width of 8 feet.  I taped them together and attached them to a stand in my garage.  I positioned the Nikon D850 with a 14-24 mm lens vertically on a tripod at an elevation of about 2 feet.  I set the camera to a focal length of 22 mm, ISO 64, aperture at f/8, and Bulb to get a 60 second exposure.  I used the Nikon WR-R10 to coordinate the flashes and trigger the shutter and used the timer on my iPhone to signal when to end the exposure.  I used two flashes set to 1/8 power.  I opted not to use the Long Exposure Noise Reduction setting which I used in my first two light painting attempts.

My friend Jesse graciously volunteered to be “the person” playing second fiddle (pun intended) to the guitar.  I set up the flashes with colored gels, one placed behind the guitar, one attached to a leg of the stool.  The flash came at the end of the one minute exposure and it colored the otherwise white background and silhouetted Jesse at the same time. Aside from assembling the background which was a one-woman comedy taking hours, the light painting was the most difficult part of making this photograph. Unlike painting the Stanley No. 46 plane with light, which did not have a distant background, I had to be careful where I positioned the light so as not to create a shadow of the guitar on the background.  Creating a diffused pool of light under the guitar also proved to be a challenge until I realized that if I sat down on a stool near the end of the exposure, I could focus the light correctly.  But, most difficult of all was lighting under the brim of Jesse’s hat.  Because of the long exposure, I could stand in the frame behind him to light the brim and I wouldn’t appear in the photograph but I had to be careful that the camera didn’t pick up the beam of light if I moved it beyond his head which created light squiggles.  In the end, this photograph had the best combination of lighting effects. 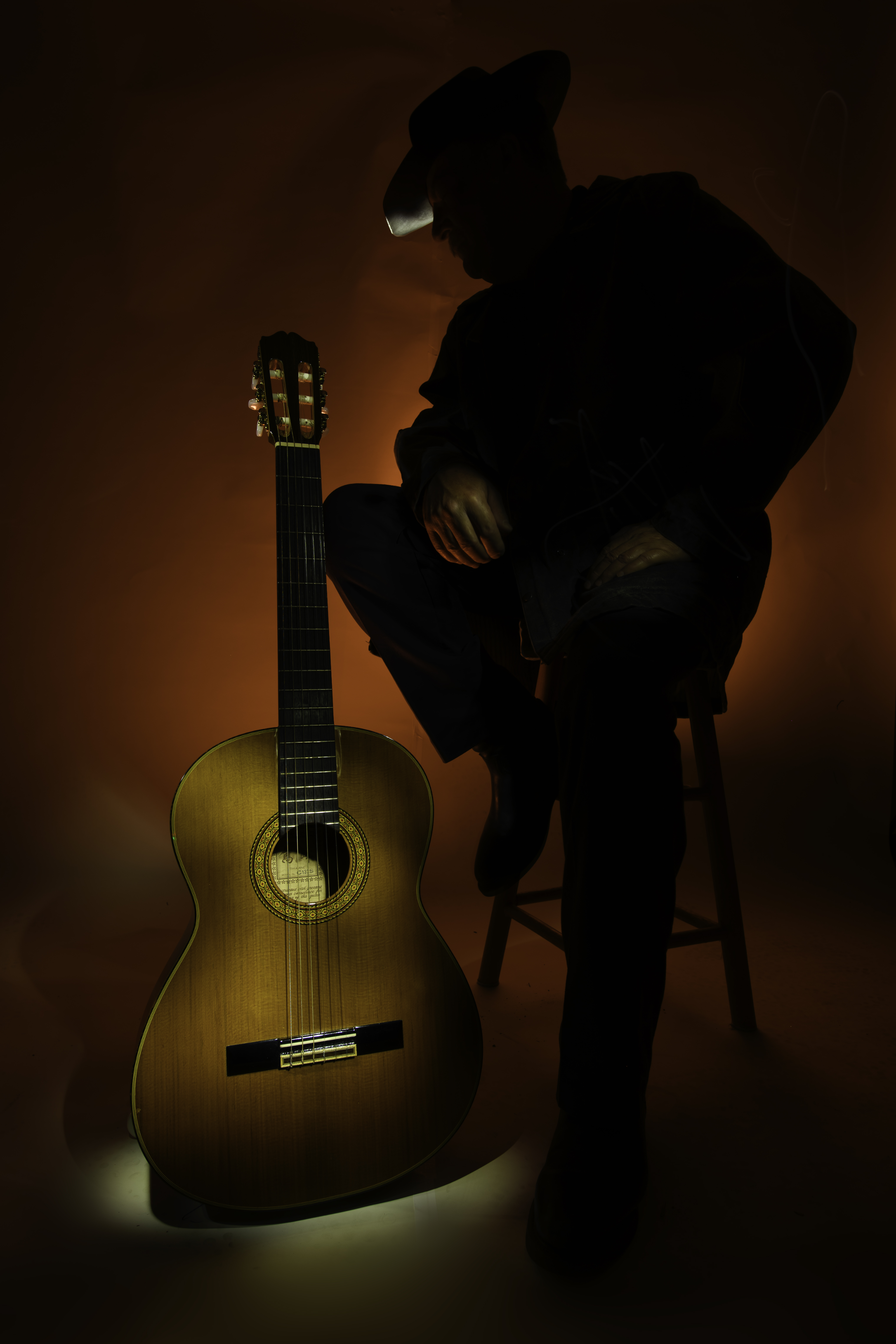