We visited the Mormon Barns in the Grand Tetons in October and after taking some photographs of the barns with the Grand Tetons in the background, I decided I wanted to feature the Grand Tetons in my photographs without the barns.  I must have looked perplexed as I tried to decide whether I should walk behind the barn.  Afterall, there were other photopgraphers to consider who didn’t want me in their photograph.  Moose came over to ask what I was photographing and when I told him I wanted the mountains, he marched me to the field behind the barn.  And, the rest of our group followed.  There was an interesting low cloud formation that was surrounding the Teton Range that I wanted to capture. 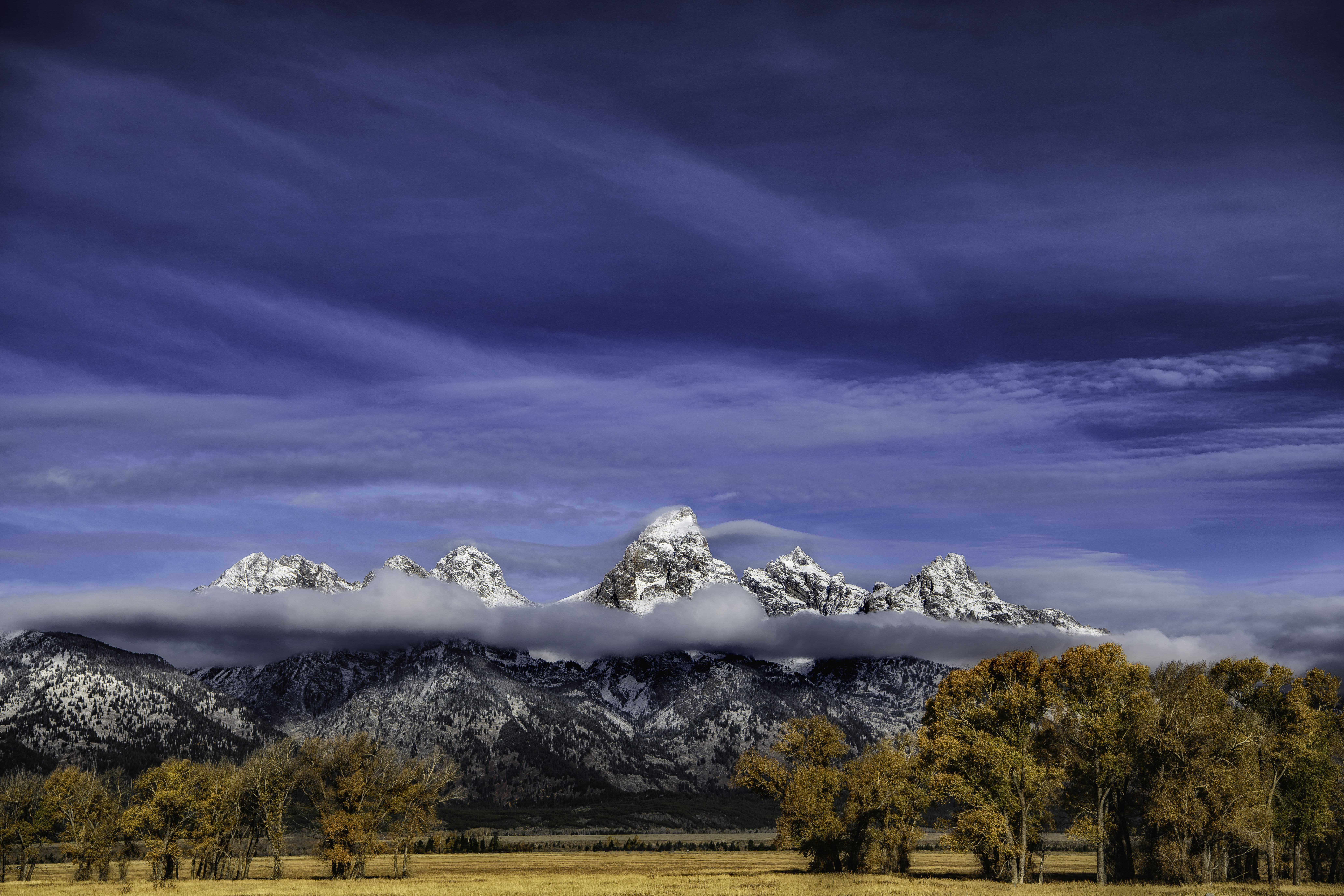