After the morning blastoff of geese from the farm ponds, we drove to the Train Pond at Bosque del Apache Wildlife Refuge just across the highway from the train tracks.  This pond still held masses of Snow Geese waiting for whatever signals them to blast off.   Unlike the much larger congregation that blasted off thirty minutes before en masse, this group seemed to lift off in ones and twos, not the entire gaggle at once.  As I looked at the scene, I realized it would be interesting to capture a few at a time with the other white geese as a backdrop.  I succeeded in my quest with a couple of images that turned out as I imaged… a pair of Snow Geese flying against a field of out-of-focus white geese.

I used the Nikon D5 and 600mm lens to capture this image. 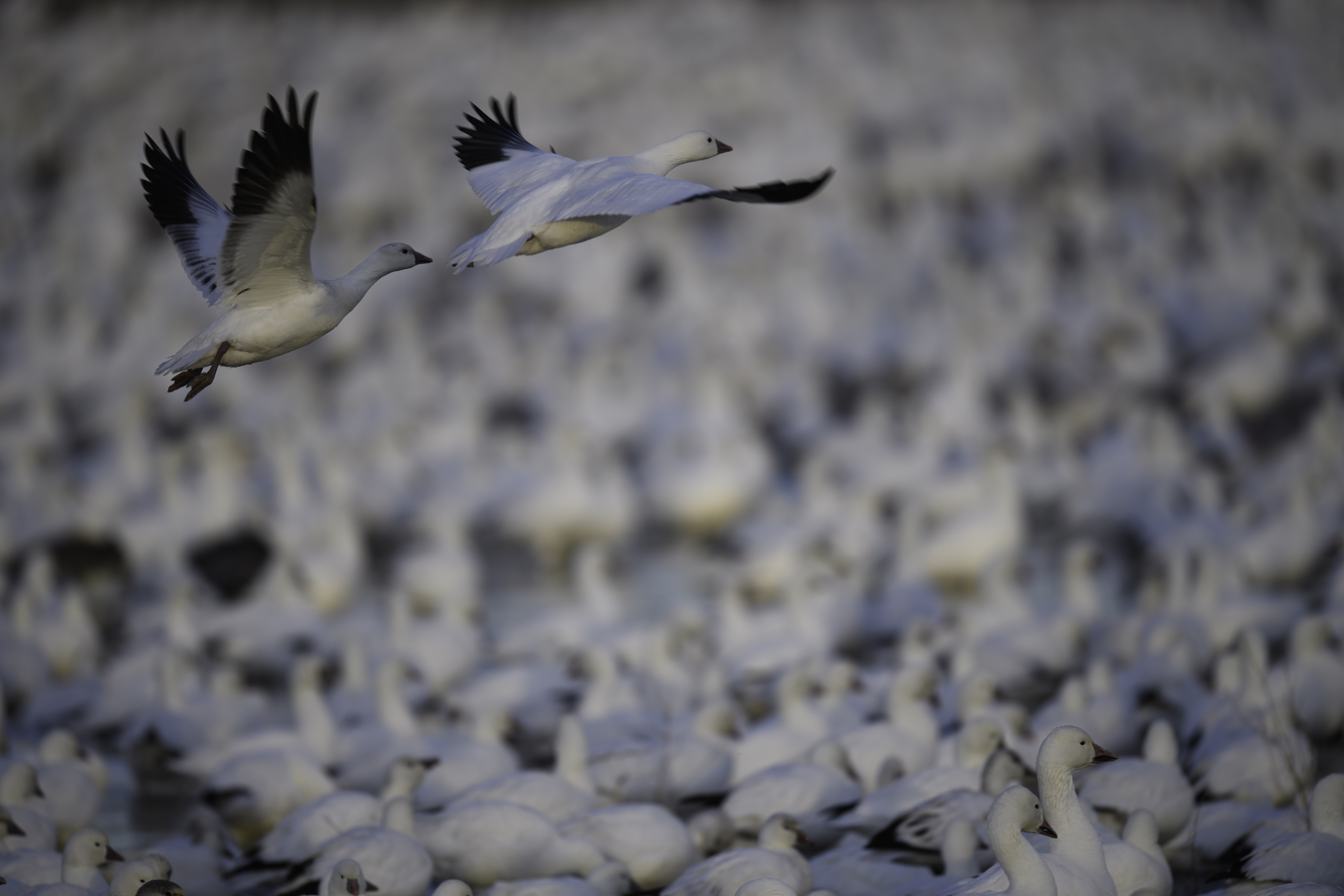