For the past several days, I’ve been seeing toadstools popping up everywhere in my yard.  I particularly liked this group of toadstools and knew I wanted to get a ground level closeup.  But, at 9AM, still in my bathrobe (Saturday’s my day off from the gym) how could I best capture the scene I was after?  First, I put to use a tool from my beach panning arsenal—the panning plate on the Frisbee.  That held the camera steady while I placed it on the ground.  I used the D500 with its flip out screen so I didn’t have to get down on the ground with the camera to look through the viewfinder.  I might do that on a sandy beach when I’m dressed properly but not on the wet lawn in my bathrobe and flip flops.  I decided that the macro lens would not really get the effect I sought, so I used the 300mm lens and a remote to trigger the camera.  I wanted a grungy look with a soft background but I also wanted to see the details of the toadstools so I took some of the shots wide open at f/4 and some at f/14.  I merged the two shots in Photoshop so I could get all of them in focus but retain the shallow depth of field and then used a Luminar 2018 tonal contrast enhancer preset to get this final image. 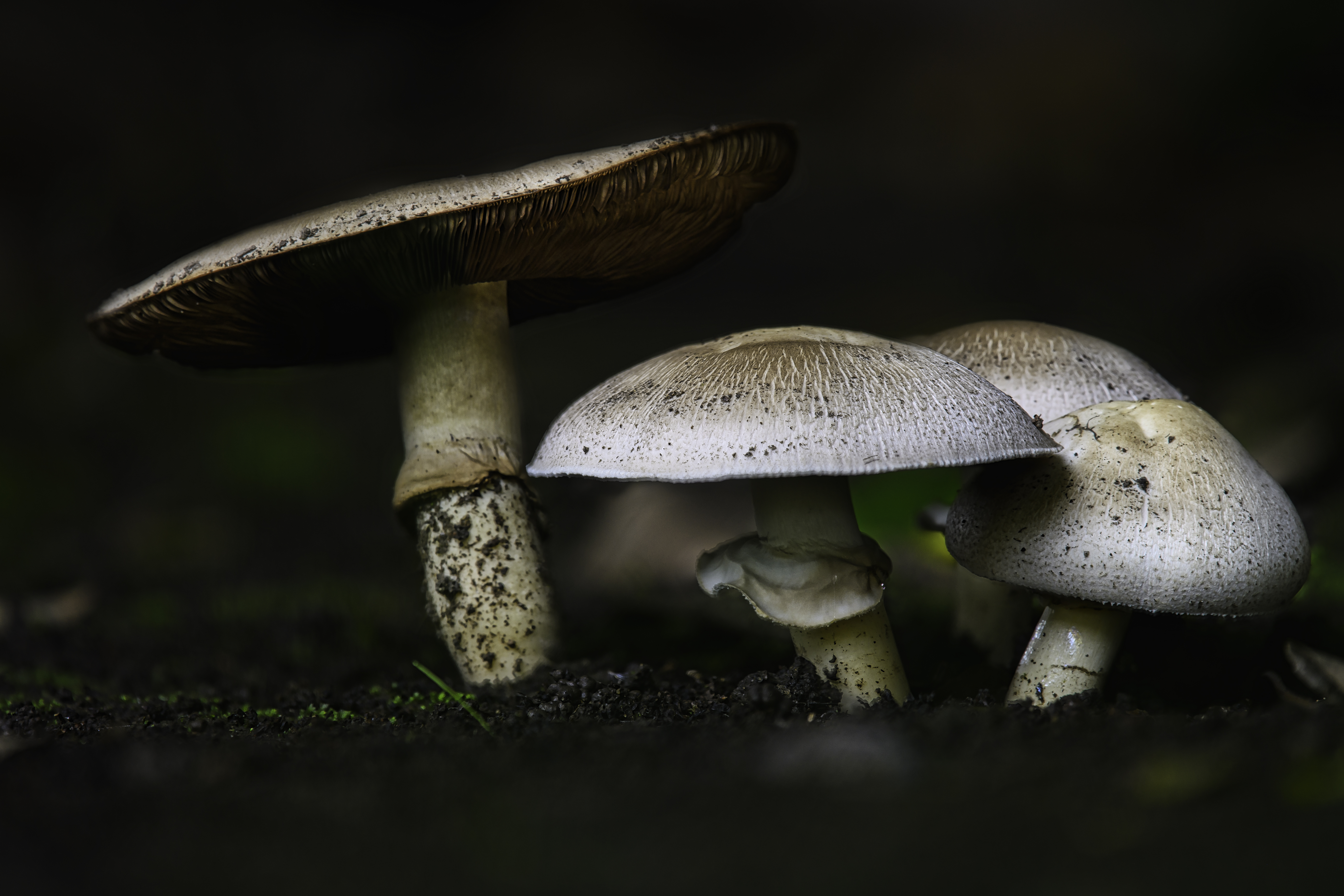